Bringing A Taste Of The Flinders Ranges To City Dwellers 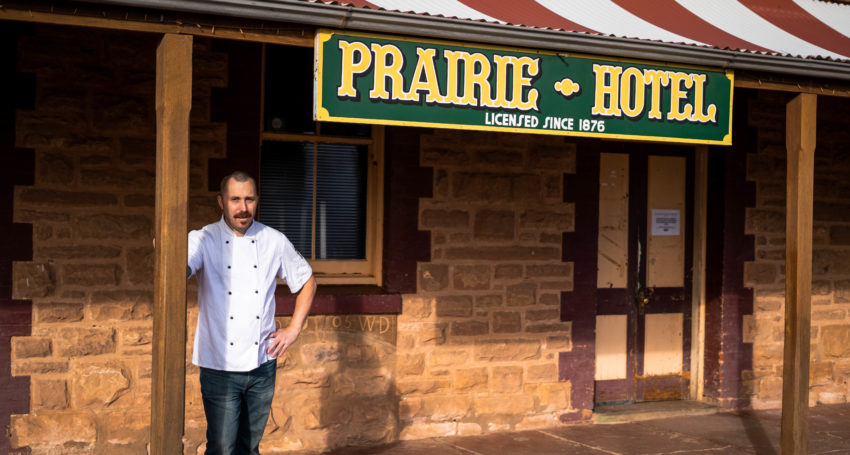 Famed Parachilna watering hole, the Prairie Hotel, is packing its cooking basket with feral antipasto and kangaroo burgers and heading to Adelaide for the winter, writes Belinda Willis.

Renowned South Aussie outback hotel the Prairie is bringing a taste of the Flinders Ranges to the city with a new takeaway and provedore opening in North Adelaide.

The new enterprise featuring kangaroo steaks and bush tomato chilli jam along with the hotel’s famed Fargher Lager will operate over winter as COVID-19 restrictions keep the Parachilna business closed.

“It’s our wintertime presence in Adelaide bringing a taste of the Prairie to the city,” Jane Fargher, who owns the hotel with her husband Ross, said.

New chef Nick Hawkins and his partner Katherine Pascoe are leading the team after they recently moved from Victoria to head the Prairie Hotel kitchen.

It was only one week after they arrived in Parachilna that COVID-19 restrictions suddenly closed the hotel restaurant and bar along with its unusual Australian produce menu and heritage accommodation.

As market conditions continued to change an idea brewing over the years saw the hotel’s entrepreneurial owners look to their city support base.

The Farghers had sold their lease on The Collins in North Adelaide in June last year, but knew there was a new café and kitchen in the building suitable for the venture.

A lease was rapidly organised and now the team is putting the final touches on bringing the tastes of their Parachilna hotel that overlooks the rugged Flinders Ranges east-side, and desert plains west-side, to city dwellers.

Fargher said migrating to Adelaide for winter would help maintain a presence with the pub’s broader audience.

“We have a new website being set up as well, with a gallery. We have a really beautiful art gallery but the paintings on the wall aren’t being seen by anybody at the moment,” Fargher said.

“We’re also discussing some other new ideas to see how we think our business should look beyond the lifting of restrictions, out of adversity we’ve been able to see some new opportunities.” 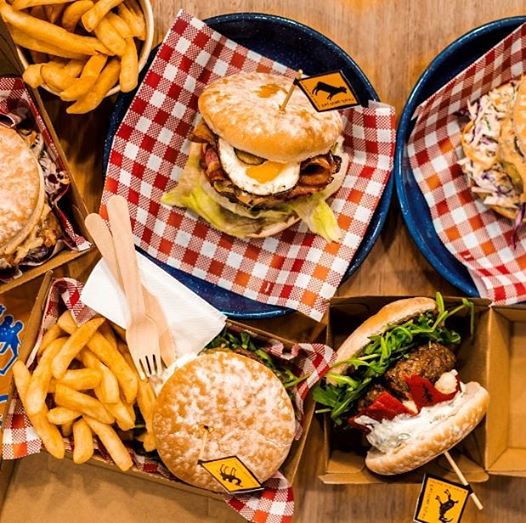 The new site will sell its signature Prairie menu from O’Connell Street, with hot delivery or a cold cook-at-home menu inspired by the Flinders Ranges and its famed Ediacara Fossils, including wine plus the Prairie’s own Fargher Lager.

“But to begin with we are going to do burgers on delivery but then will be adding to the menu each week, the first on the menu will be six different burgers, beef or chicken, camel, goat, kangaroo or emu,” Hawkins said.

Fargher said the business was also looking to sell works from artists featured at The Prairie gallery, from Bruce Buchanan’s watercolours of the Flinders Ranges to Robyn Holtham’s jewellery inspired by the Ediacaran fossils from the Flinders.

Four generations of the Fargher family have run sheep and cattle in the Flinders Ranges – and Jane and Ross bought their local hotel in 1991, the hotel having been first licensed in 1876.

It has hosted a vast range of international and national guests over the years including film production crews from The Lighthorsemen to Gallipoli.

World-renowned director Phillip Noyce also stayed when the feature film Rabbit-Proof Fence was shot in the Flinders Ranges in November 2000. 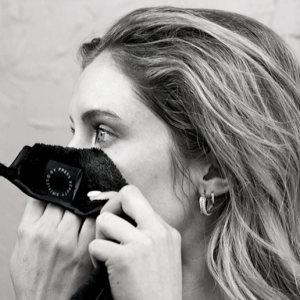 Makeup remover wipes might seem like the quick and easy option, however they can take up to 100 years to break down...
© Onya Magazine 2009 - 2021
Back to top