If you’re not intrigued by a beer called Perverse Sexual Amalgam, then there may be something a little bit wrong with you.

If it piques your curiosity then maybe I’ll tell you a little bit more about it.

For starters, it’s a sour beer from the lads at the Moon Dog Brewing Company. Sour beers are enjoying a bit of a trend in Australia at the moment, but originated in Europe predominantly from brewing Mecca; Belgium.

So what does that even mean?

It pours pure black and has a slight roast from the dark malt, but this is where the similarities with most other dark beers end.

The biggest point of difference with this is that it’s fermented with a particular yeast strain that imparts a mouth-puckeringly sour flavour on the beer that delights as many people as it offends (though I’m hoping with some more beerducation the balance swings heavily toward the blissful) but the most enjoyable scenario is seeing someone who isn’t expecting a sour beer taste it for the first time.

You can almost guarantee at least one priceless facial expression. 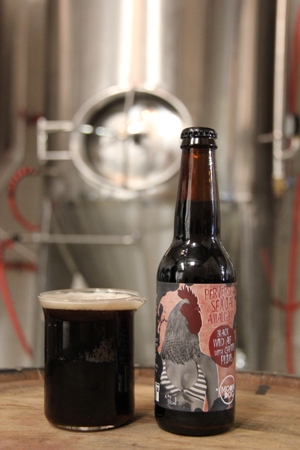 After this beer is finished brewing it’s aged in oak barrels with cherry plums. The cherry sings along with the sourness and also balances wonderfully with the sweetness imparted dark muscovado sugar in the brew.

The aroma comes through as sour cherries and immediately invites you to have a little sip. Maybe two little sips.

Straight away you get a little hint of sweetness followed by a little roasty ditty before the sourness takes over with the cherries and finishes long and dry.

It’s a lot to process in one sip, which is why you quickly want to have another. Maybe this is why it’s so drinkable for a sour beer.

All of these flavours add such strong character to the beer that it’s incredible that it can produce such a balanced and complex flavour profile.

Normally sour beers are enjoyed as a one off pleasure, but there is something addictively moreish about the PSA that it’s one that I can enjoy over and over.

I normally try to be objective and impartial when I do these profiles, but I don’t care in this case. This one is amazing.

I’m not that concerned about anyone buying so many that there won’t be any left for me, because I may have already bought all of them.

This may not be true, so if you do see some around definitely grab them because you’ll probably seek out how to contact me and thank me.

This is dark, sour, complex, moreish, a cracking Seinfeld reference and just an excellent beer.

When You're Pregnant, Everyone Has An Opinion 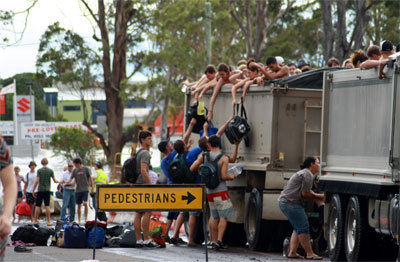