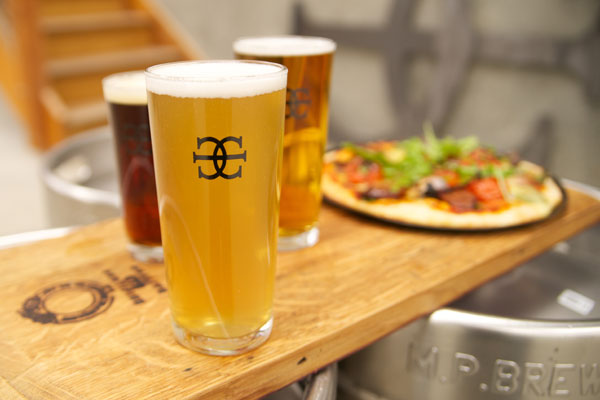 When a new batch of Mornington Peninsula Imperial IPA is released it is snapped up by the craft beer fans and bars dedicated to great beer, so it might not be one that’s too widely accessible.

But there is a very good reason why it gets earmarked as one to buy. It’s damn good.

Since the brewery established in 2010, brewer Andrew Gow (A.G) has crafted a strong list of high quality beers with the Imperial IPA standing tall as the star of the show.

The beer itself is an extremely heavily hopped IPA (India Pale Ale). The label of “Imperial” normally suggests a high alcohol content and this weighs in at a healthy 8.5% ABV.

This has got one of those big, tropical fruit aromas that just consumes you into a hop induced dream that you don’t want to wake up from.

As a hop centric ale the taste begins with the sweet malt for a brief second before the bitterness of the hops kick in you’re quickly shown what this beer is all about. There’s a definite splash of tropical fruit flavour but it’s padded out with a lovely piney, resinous zing that gives this beer the cracking character that we know and love.

A “bitter aftertaste” is popular phrasing for a negative result to an interaction, but this long, piney, lingering bitterness is one that I don’t want to fade when I’m enjoying it.

Mornington Peninsula Brewery is (unsurprisingly) down south on the Mornington Peninsula, but it’s an excellent spot for a summer drink in the sun with a perfect woodfired pizza – or an ideal spot to stop in for a drink after visiting Red Hill Brewery further down in Shoreham.

It’s evident that A.G and Mornington Peninsula Brewery will enjoy continued success and there is no doubt that the Imperial IPA will be a hit each and every time it’s released.

You need bigger tanks in there for this beer, A.G!