It is highly recommended that you read Gaynor Alder’s article The Male Species Never Ceases To Amaze Me on The Modern Woman’s Survival Guide prior to reading Tom’s reply letter below. 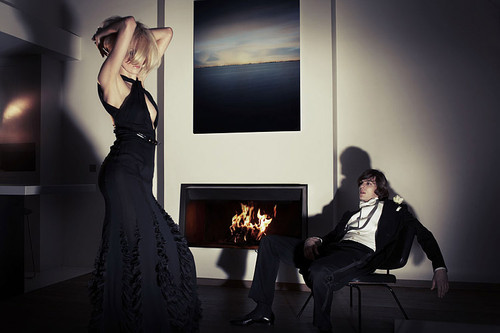 I read your article on the male “hand-holder” which, in your words is cut from the same cloth as “Dirty Lying Bastard.” I thought it hit upon a very intuitive point – yes, these “hand-holders” are indeed lying bastards; but the people they are lying to is not only you but themselves as well.

Dr. Robert Glover, whom I have mentioned previously, calls this condition vagiphobia. In his words, “Vagiphobia is a syndrome where the penis tries to stay out of vaginas or gets out quickly once it is in.” Riddled with trauma and toxic shame, the male has this seemingly irresolvable tension between the irrational belief that he must be validated by a female by having sex but avoidant of the act itself for a variety of neurotic reasons – be it conditioning in childhood that sex was “shameful” or “dirty” or that direct initiation of sex may cause the female to think he was “bad” or “only after one thing.” Many of these “hand-holders” flirt with girls who are seemingly sexually unavailable anyway – girls with boyfriends or even husbands. When they actually succeed in getting what their exterior behavior is signaling, they find any sort of excuse to run away so as not to confront their own feelings about sex and relationships. Sometimes this is not built up in the home but their communities and the media.

Some of these “hand-holders” are so afraid of upsetting potential (and available) partners by believing all sorts of unverifiable nonsense about women and what they “like” and “need.” In the comedy series Peep Show we are able to “see” and hear the inner monologues from the point of view of the two protagonists, the very-confirmed bachelors Jeremy and Mark. In one episode, they attempt to pick up their crazy next door neighbor Toni by exhibiting ingratiating, deferential and indirect behavior. Jeremy thinks if he “laughs at everything Toni says” this will make her like him. Wrong. If Mark can demonstrate how smart he is by making subtle hints using World War II references, he will win her over. Wrong. Eventually her husband returns and tells them all to go home (in not so kind words.) Their inauthentic representations of themselves merely lend themselves to being manipulated and ultimately sexually frustrated. I’m sure guys and girls have seen these “girlfriends with a penis” (GWAP) – the guy who is desperately in love with a girl whom she uses for all sorts of favors; all except the sexual variety.

Despite the humorous tone of this Onion article on the subject it’s a fairly accurate depiction of the GWAP. The GWAP carries a false hope that this girl, otherwise known to his mates as the “Worst girlfriend he’s never had” (WGHNH) will one day suddenly realize how “nice” he is compared to the “jerks” she tends to date (and have sex with.) In doing so, he locks himself in a box of self-loathing and frustration and does more of the same to try and get in her good graces. Oh and buddy – she already knows how nice you are, that’s why she’s taking advantage of you. The GWAP and the “hand-holder” are inexorably linked – the GWAP tends to shy away from standing on his own two feet and meeting new, possibly more interesting girls by isolating himself and doing a whole lot of “hand-holding” – “saving” himself for his “beloved” when in reality the object of their affection is merely making him her personal lackey.

The “hand-holder” has to seriously ask himself why he has let this person into his life – be it a WGHNH or a “hand-holdee” – and whether the relationship is personally satisfying to him. If he can put himself first and surrender to the fact that the WGHNH will probably never sleep with him, he can break free from the cycle. If he can truthfully disclose that he has a girlfriend within the first 10 minutes of any encounter with another female then it indicates to all parties that his relationship with this girl is fruitful and enjoyable. A female friend of mine became attracted to a guy to only to find out, after many weeks of flirting, that he had a girlfriend. Worse still, it didn’t come from the person who should’ve been up front about it from the get-go; the dude himself.

When the “hand-holder” approaches you in all his dishonesty, he’s not only cheating on his girlfriend and lying to you – he’s also bullshitting himself in the process. You’re right Gaynor; quite frankly, you don’t have to put up with bullshit.

Watzlawick, P. The Situation Is Hopeless, But Not Serious – The pursuit of unhappiness, W. W. Norton & Company: USA, 1983

What interests you about the female form? Both male and female forms interest me. However, I guess I am more drawn to the female...
© Onya Magazine 2009 - 2021
Back to top