Are You A Relationship Slut, Dude?

It is highly recommended that you read Gaynor Alder’s article Are You A Relationship Slut? on The Modern Woman’s Survival Guide prior to reading Tom’s male version below. 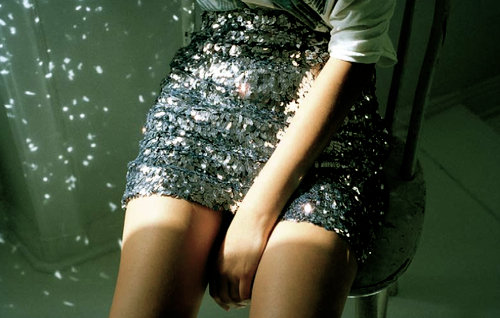 After reading Onya Beauty Editor Gaynor Alder’s insightful Are You a Relationship Slut? I was reminded me of one of my exes – she indeed was a relationship slut. She would move from relationship to relationship and make the same mistakes in each one of them. I’ve also seen men do the same thing, time and again, and usually with detrimental results.

Being a man and proud of my masculinity, I sometimes shake my head in disillusionment at other men who feel the overwhelming need – not merely desire and want – to be in relationships over and over again. More often than not, these guys have similar traits. US based psychologist, author and men’s issues counselor Dr. Robert Glover calls these men “Nice Guys” (NGs) – wishy-washy, ineffective, deceitful, passive-aggressive and ultimately, not very nice guys at all. These men supplicate themselves to women, putting them on a pedestal and end up sacrificing their own needs and wants to that of their partner. Often times, this empty, ingratiating caretaking leads to the woman getting frustrated, emotionally drained and resentful that she essentially has to mother a boy instead of dating a man. These NGs believe that the ultimate form of validation is gaining sex from a woman even though they are probably too nice to ask for it directly. They seldom put themselves first and end up frustrated, depressed and even suicidal. Even so, after one relationship ends they will launch headlong into another one as quickly as possible.

Typically, these NGs look for “fixer-uppers” or “long-term projects” to deflect their own shames and neuroses. Why? Because it makes them feel better about themselves. This only works for so long before they settle back in to their own bullshit self-loathing, woe-is-me ways. They try to appear “needless” when they are anything but – all humans have them and instead of getting them met, they push them down. This works for a while until their resentment boils over and they start to harm their partner in subtle ways such as talking trash behind their back – or even “puke” up their rage in the form of a violently angry outburst.

They go through life demanding that they are in relationships rather than thinking about them as a preference – like icing on a cake – that compliments a well-rounded life rather than encompassing it entirely. They spend so much of their mental energy pleasing women and trying to go through life as conflict free as possible, they are robbed (or rather, they rob themselves) of their personal power. Dr. Glover says that, “nice guys don’t finish last – they rot in middle-management.”

Men should, in my view, focus on themselves instead and get their own lives sorted before even contemplating dating again after a massive (and potentially traumatic) break-up. After I myself was in a failed engagement, I realised that I was one of these NGs and started to regain my masculine energy through therapy, connecting with other men and regaining control of my life. Most importantly, I went on a self-imposed dating moratorium.

I have been on this moratorium for approximately six months now and it has allowed me to focus on what I want and need in a relationship, what kind of girls I am attracted to and most importantly, to build my own life, my own career and follow my own aspirations. Not being constantly on the lookout for the next “catch” is actually a feeling of liberation and calm. When you do decide to get back into the game, do like the famed psychologist Dr. Albert Ellis did; he asked over 100 girls out on a date with him in Central Park. Only one obliged and eventually stood him up. It’s a reminder that rejection is merely feedback; not failure.

Much like Gaynor said in her article, once you realise that you are the only person you have to please, you are most likely more open to dating as a fun activity, not as a potential interview for your future long-term partner. You’ll become more discriminating about who you date, become mentally stronger and be prepared to leave caustic or maladaptive relationships. It’s an abundant world out there – make the most of it, guys.

This is a great article, reminds me very much of my ex, who bounced off his ex to me and then off again. While we were broken up he felt the need to run in my face he had moved on. Currently in a dry spell he has started hasseling me again while I told him to seek out time alone and find himself because he throws himself in another relationship.

I think the real issue here is the masculinity problem here. Men aren’t taught to deal with emotions, but rather are told to “be a man” and to “harden the f*** up”. Most fathers told them it was not ok to cry and to “stop being girls”.
Great article that every serial dater should read and think about, might just pass this on.

Have you ever wondered if the environment you live in is influencing your lifestyle? Or how the choices you make with colour...
© Onya Magazine 2009 - 2021
Back to top