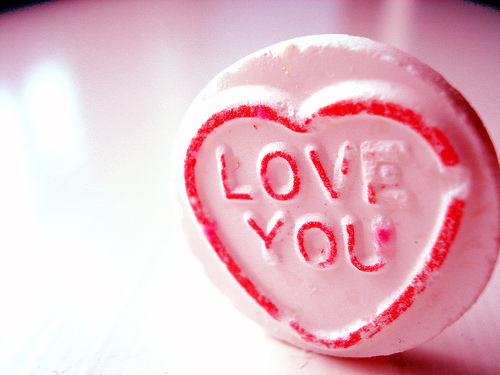 My first love brought me to the moon and back. At times, the ecstasy of that relationship made me feel like we were frolicking in space, uninhibited, whilst being blissfully unaware of the existence of anyone but ourselves. We were a pair, seemingly indestructible. But alas, like most first relationships, our intergalactic journey inevitably came to an end on planet Uranus.

In the ominously titled article, Why We Can Never Recover From First Love, Amelia Hill from the Observer shits on the parade of hopeful lovers. Thanks Amelia. More specifically, Hill outlines the research found in the book, Changing Relationships, edited by Dr Malcolm Brynin, which claims that passionate first relationships have quite the detrimental effect on future relationships. Since first love is often extraordinary, those overwhelming emotions become the benchmark for our later relationships, which are ‘never’ quite as explosive as our first. Thus, by having a passionate first relationship, we ultimately set ourselves up to be disappointed in our later affairs.

At the time of our first instance of falling in love we are as raw as a manifesto, naïve and with hearts wide open. Eyes meet, hands are held secretly under a table, followed by nightly phone conversations that span the four-hour mark. We come to realise that the heart is a capable gymnast, and the stomach, a habitat for butterflies. We believe, sincerely, that the relationship will be our last. How wrong we were.

A key ingredient in most first love relationships is that they all end in pain – our leaping heart’s limbs are broken, and the butterflies in our stomach brutally murdered. Post-breakup blues include a monsoon of tears, and in between crying, balled fists are waved towards the sky whilst screaming, “Why?” Naturally, everything around us will begin to reek of their influence, from a park bench where first kisses were shared, to the backseat of a car (no judgement), to every radio station playing ‘our song’. The hurt becomes all consuming and torturous as we stare at our phones longing for a reconciliation text. We start think that we might never love again, or if we do, we do so with fear of falling – who in their right mind would want to go through all that again?

Yet everyone says falling in love is one of life’s greatest gifts. But then again, they also say that about having children. What people fail to mention is the pain of childbirth. Likewise, I wasn’t informed that the symptoms of falling in love include love-sickness, delusion and heartburn. Personally, I would have liked to know what I was getting myself into. For instance, if I’m going to take a migraine pill, I would really like to know if the consumption of such medication might result in the growth of an extra toe, or chest hair. What I’m really trying to say is, I don’t want to end up looking like a Yeti, and heaven knows, love can do that to you. No one wants to look like a hairy monkey-human hybrid.

In all seriousness, the significance of a first relationship is more than just heartache. First love is also crazy love – the kind that keeps you up at night, emotionally exhausted, plus served with a side order of nuts. When we approached it, we did so untainted by a history of failed relationships, without having felt the wrath of a painful breakup. We loved without complexities or pride, full to the brim with blind faith. Upon realising that loving someone without being the least bit guarded can hurt so bad, it is of no surprise that we may feel inclined to tread more cautiously in our next relationship.

By ‘protecting’ ourselves in future affairs, we think we can avoid another tear-jerking episode of relationship drama. We believe the act of self-preservation will make us less susceptible to heartache. But if anything, emotions escape our free will, and no matter how hard we try to hold back our feelings for another, our sentiments will stubbornly persist, rendering all attempts of ‘protection’ superfluous. Will shit hit the fan in my next relationship? Probably. But oh well, that’s what the heart does, it beats and it breaks, and it is all those things that remind us that we are alive.

In truth, we do grow up and tend towards wanting different things in adulthood than we did in our youth. We come to want a person we can depend on (among other things) rather than a person that just drives us insane. I, for sure, know that when a familiar song plays or a love letter is accidentally rediscovered, nostalgia tugs on my hair to moments I may miss but no longer long for. At the end of the day, when I am reminded of a time illuminated by the rapture of my first love’s presence, or the first instance where holding hands meant something, I can’t help but feel suddenly hoisted into the air.

By definition, we can never forget our first love, and why would we want to? Sure we might have tried to eradicate all memories of them by torching the frivolous memorabilia painstakingly collected during the relationship, but our first love will forever remain the impalpable flesh embedded under our skin. But so can a second relationship, and a third. And if you’re lucky, you’ll fall in love more than once, and that person could well be the one you share a lifetime of mornings waking up next to.

Image thanks to Andrew Jalali.

Soaring through the Twitter-sphere

I am increasingly becoming a big fan of yours Lin! What a fabulous article for all us once bitten twice shy.

You’re making me scared now! As you know, still with my first boyfriend……am I doomed??? :-O

you are right. especially that emotions escape free will.
love, also needs defining – another article perhaps. exploring the varying degrees of what we knoww as, what we call love.?.

It’s Always The Quiet Ones By Beth Wilson From the very first moment that Van Diemen’s Land starts you know that...
© Onya Magazine 2009 - 2021
Back to top