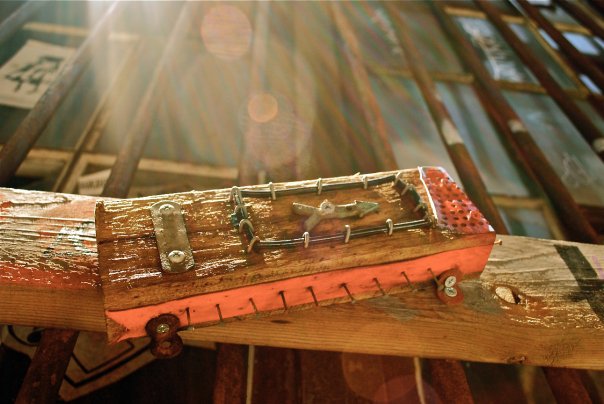 Everybody has an idea of what Australia is like; a picture hanging on the wall in their mind. It’s probably somewhere between their ideas of Hawaii and Arizona. They might glance at this metaphorical picture whenever someone mentions Finding Nemo or Sydney.

Being a Canadian, I was sure life in Australia would mean surfing every other day, seeing kangaroos hop in my yard, meeting alligator hunters on the way to the grocery store. I even researched Melbourne before I came, but still I kept my pretty picture of Australia in my mind, its paint long solidified since childhood, The Rescuers Down Under…

Its frame has been hanging crooked to one side, however. Here’s the straightening…

1. Uggs are a fashion faux pas in Australia. I seriously thought everyone in Australia would be walking around in their uggs, like in New York. In North America, they’re a staple of our fashion culture. But in Australia, wearing your uggs outside is like wearing your slippers out. Trust me, I’ve been told. Locals actually consider it a hick thing to do. Foreigners and tourists try to make uggs fashionable but Aussies consider them a lazy fashion choice, something you’d slip into on your way to the corner store. In America, only girls own uggs, but in Australia these slippers are owned by all; old men, little kids, women. Workmen come into the bar with uggs and stay-at-home mums take a relaxing stroll with the pram wearing uggs. The four boys I babysat each had a pair and consequently there were eight little uggs scattered around the house. But the boots rarely left the home…

2. Leopard print is a fashion forward choice acceptable on any piece of clothing or accessory. The pattern is really popular here. Everyone, from old ladies to young divas, is embracing the leopard’s spots.

3. Socialism is extreme in Australia, more so than in Canada. A waitress can earn $15 per hour. It’s unheard of in Canada and impossible in the States. The job field is really leveled out here, such that both business men and street construction workers frequent the same coffee shop. There are still class levels, but they’ve mellowed out a bit and the lines aren’t that thick.

4. Makeshift mentality. Have you ever seen the Little Rascals? You know how they just create forts and clubs out of unprofessional material? Or have you ever been to someone’s house where they store their pasta on top of the TV, they use full wine bottles as door stops or they dry their mugs on top of the radiator? This creative usage of material, this blind acceptance of unprofessionalism is what I call makeshift mentality. On the outskirts of Melbourne, businesses embrace the makeshift mentality. Four star restaurants may have back entrances made of hodgepodge metal sheets. Vines grow in the back of cafés, unruly leaves spillover from the outside. Dirty floors. Small inconvenient ledges and tiny eating tables. Small inconvenient sinks. Mugs stored on top of the coffee machine. And no one blinks an eye. I went to school in the States; everything is big, modern, and franchised. Makeshift mentality is lost.

Because of the makeshift mentality and homespun appearance of the many Melbourne cafés, it’s easy to think that the food you’ll receive will be, well, homespun and crappy. This is not the case. The food you receive in Melbourne will be excellent; Melbourne’s hospitality industry is rivaling that of Paris. What looks like a seemingly unsuccessful and unprofessional establishment may very well be on the top fifty list for best food and service.

6. Wendy’s here is not what you expect. The famous Wendy’s in North America doesn’t even exist in Australia, instead it’s a smoothie shop, where you can buy ice cream or frozen yogurt. Mind blowing.

8. Milk Bars. Milk bars are Australian convenience stores, of the most ghetto kind. They are very unprofessional looking, stocked full of junk food, crackers and ice cream. It’s just so interesting that milk bars are everywhere and they’re all the same: unprofessional, with shitty shelving and a sparse selection of products. Going into one, I know I’m going to find obscure food brands, unique granola bars, one yogurt left in the fridge and homemade candy bags. I love it.

9) The AFL. Aussie kids grow up collecting footy cards and just like the massively popular American Super Bowl, Australia has its own special day where everyone drinks and celebrates the end of the footy season.

10) Coffee. Before arriving, I thought I knew a thing or two about coffee. No. Welcome to the world of high coffee culture, where a centimetre of foam changes the entire coffee. I’ve been to Melbourne coffee school, so I now know how to make Australian coffee. Know this: every second counts. If you leave the steam wand in too long, don’t stir the milk enough, don’t crush the espresso hard enough or pour milk too quickly, you’ll probably have to re-make it. Unacceptable.

12) White rap. 90% of Australian rappers are white. To Americans this fact is refreshing. Surprising. New.

A fresh perspective, that’s what Melbourne has given me. A different way to look at the world, I didn’t think such a place would exist in my mind’s view of the nation of Australia. When my idea of Australia was straightened, my idea of the world was knocked to one side. In a good way.

Visit Kara’s blog to read more of her Australian adventures. 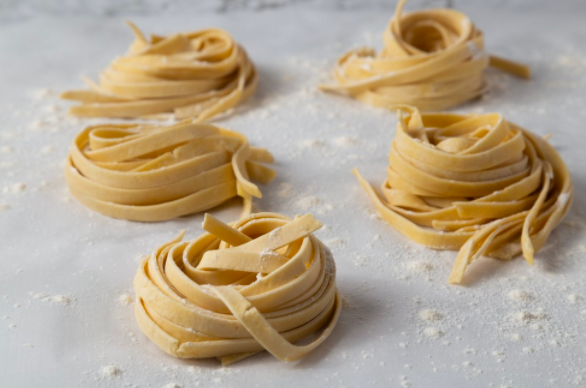 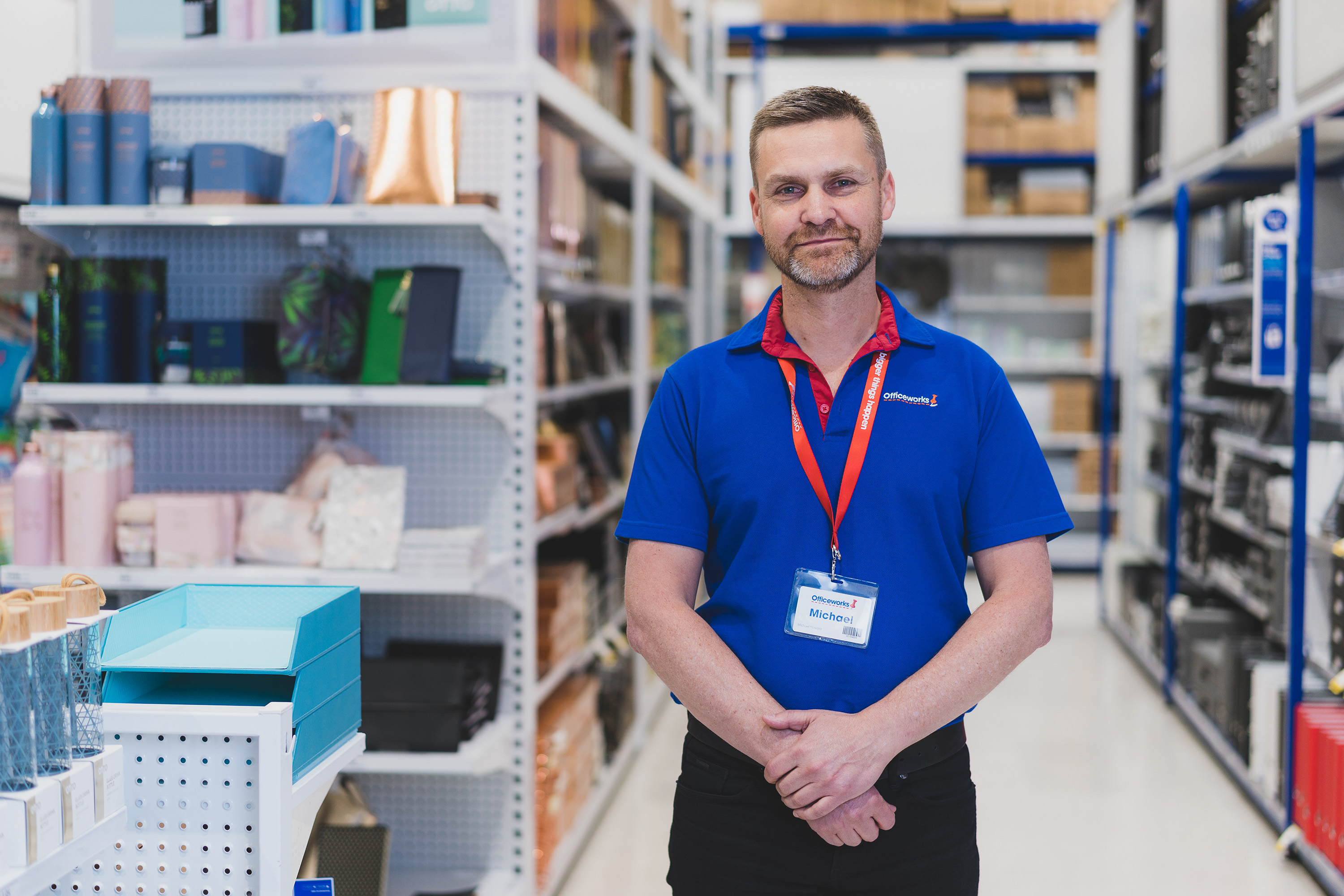 Working From Home Is Here To Stay

Such an interesting article!

I think the service in the States (not sure about Canada) is a thousand times better than here. I spent three months traveling the south and south west and found that the waitresses give a shit, food comes quick, and everything with a smile. Well, in the non tourist hot spots it sure did. And I actually grew a new appreciation for rap music in the States. Australian rap is… not to my liking. 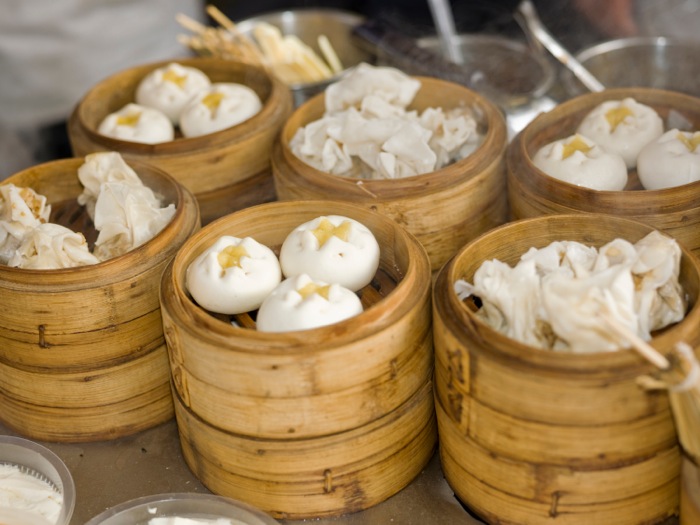 Treasury Gardens in Melbourne is set to come alive for one day only with all-things-dumplings for Chan's Dumpling Festival...
© Onya Magazine 2009 - 2021
Back to top