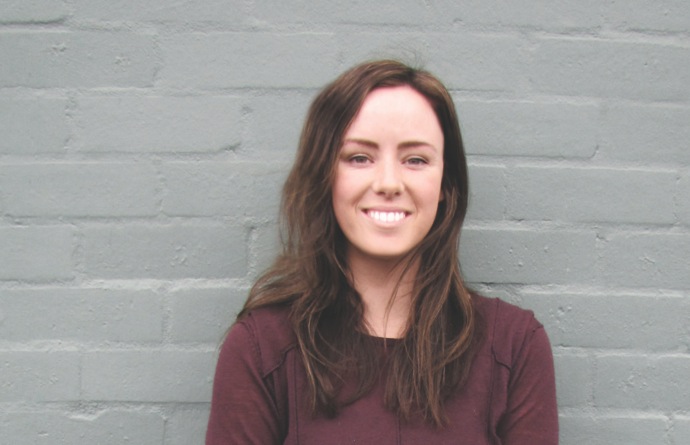 Sara Spence wasn’t afraid to take on Movember, despite the obvious challenges. For a man, growing a moustache amongst the complaints of girlfriends is hard enough, but for a girl, it is inconceivable. Sara isn’t scared by the impossible, and for the month of November she held fake moustaches up to her lip and posted photos via Twitter. The moustaches gradually grew bigger. They were probably more impressive than those of her male friends. 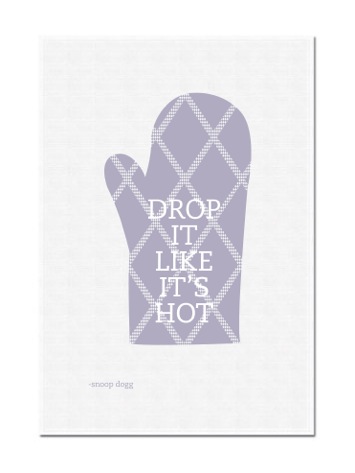 Sara is the proud creator of Dubbleyou Design, and her quirky sense of humour is evident throughout her work. Her best selling item is a bunch of tea towels inspired by music artists featuring slogans like ‘Drop It Like It’s Hot,’ and ‘Ice Ice Baby.’ It’s a sense of humour that Sara believes stems from growing up as a country girl in New Zealand where nothing is too hard and a can-do attitude is the only way. “New Zealanders approach (challenges) in a unique way – sort of a hash put together way, so nothing really daunted me too much. I think that sort of New Zealand attitude helped…all my things are inspired by joy.” She brought that optimism with her to Australia at the age of 18 and enrolled in a University in Sydney. She’s thankful for the education and the drive Australia gave her, “I think if I hadn’t had the combination of those two countries I wouldn’t really have been able to build this brand in the way that I have been,” she says. 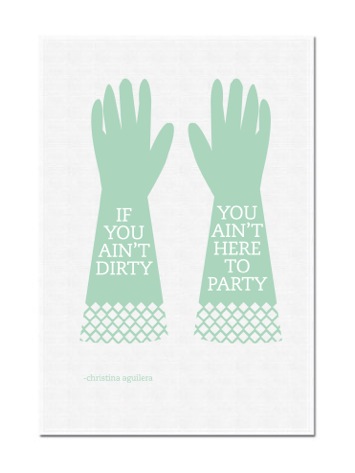 The brand Sara’s built is Dubbleyou Design, a brand whose catchphrase is ‘Always for the Good & Always for the Joy’. She’s created swings, mats, clocks, candle holders, and a bunch of Christmas themed items all with her own unique sense of humour and style. Clocks tick along sans numbers, tea towels admit that doing the dishes ‘sucks’, and gift tags threaten ‘Return It and I’ll Know.’ 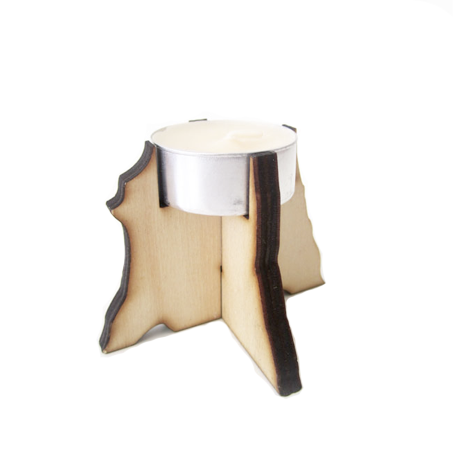 However, behind Sara’s brilliant smile lurk serious concerns. She’s not satisfied with creating pieces just for fun and plenty of thought goes into what gets made. “Dubbleyou is about asking the questions; who, what, where, why, and when, before you start on a project. It is making sure that everything is considered and it isn’t just for no reason at all…I would never want to create things that are just going to be thrown away.” The environment is at the forefront of her mind, and she admits she struggles to find the balance between creativity and waste. “I have an internal conflict where I know that I am making stuff and that’s not necessarily sustainable, but if I can I have to find an internal balance where I am producing things I know aren’t necessarily harmful. I just have to make sure that I keep that balance and support local businesses and locally sourced materials is one way to do that.” All Dubbleyou’s screen printing and laser cutting is done locally, and when she can she sources material from local resources. She admits cost is an issue, but her goal is to have a completely locally produced company. Her green approach is one she thinks individuals need to spend more time pondering. “If you stopped and thought about how much we consume each day you’d be quite horrified. I think it (environmental awareness) is about being conscious in every purchase and everything you do and think about everything you are consuming.”

To fit in with her green image, Sara is a fan of recycling and breathing life into forgotten things. She understands not everyone has a knack for creativity but claims it doesn’t need to be complicated. “I think spray paint is a fun way to brighten up something that’s old,” she enthuses, “I found some old candlesticks and got some gold spray-paint and spray painted them up and now they’re a centre feature of my table. I think finding something that’s not necessarily worn to beyond repair, but something that needs a bit of a kick and a little bit of life. You can use really bright colours, metallic, anything. I think it’s fun.” 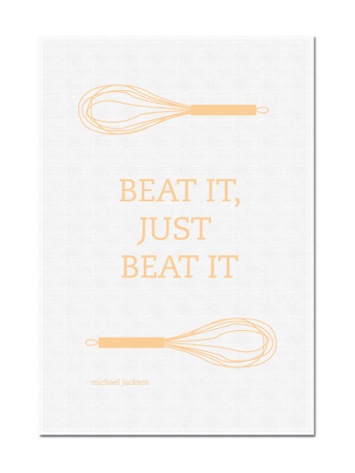 Fun is the key behind Sara’s business and outlook. When she’s not working at her full-time job as a graphic designer she’s creating Dubbleyou. In the spare moments she gets, she embraces the outdoors, even recently giving golf a go. When asked to describe her brand in five words she doesn’t hesitate: “Simple, fun, experimental, innovative, joyful.” Funnily enough, they’re all words that could be used to describe Sara herself.

Onya Magazine has a set of four Dubbleyou Design tea towels to giveaway to one lucky reader. Simply email info@onyamagazine.com with the subject line ‘Drop It Like It’s Hot’ and your name and postal address. A winner will be selected at random on Friday, December 23rd, 2011 at 5pm. 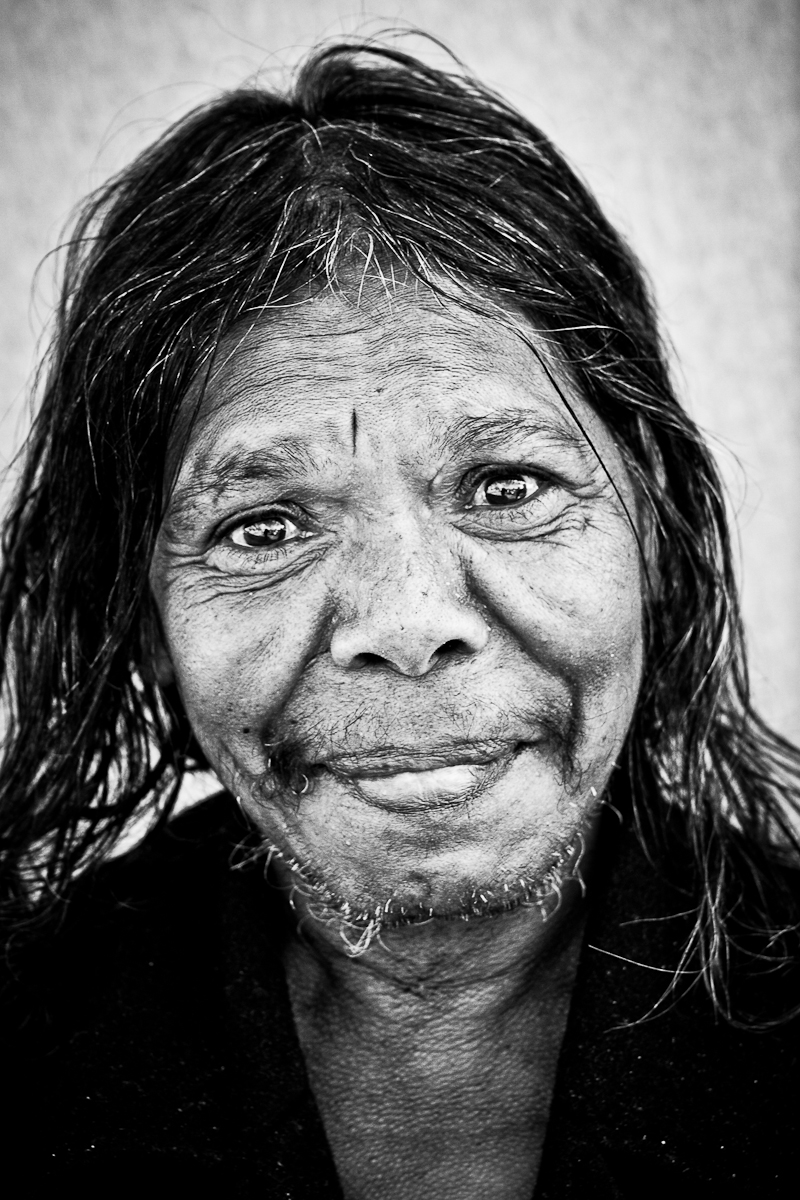 Faces of Wilcannia is a portrait series of the residents of Wilcannia - an Aboriginal community in rural NSW. It was labelled...
© Onya Magazine 2009 - 2021
Back to top