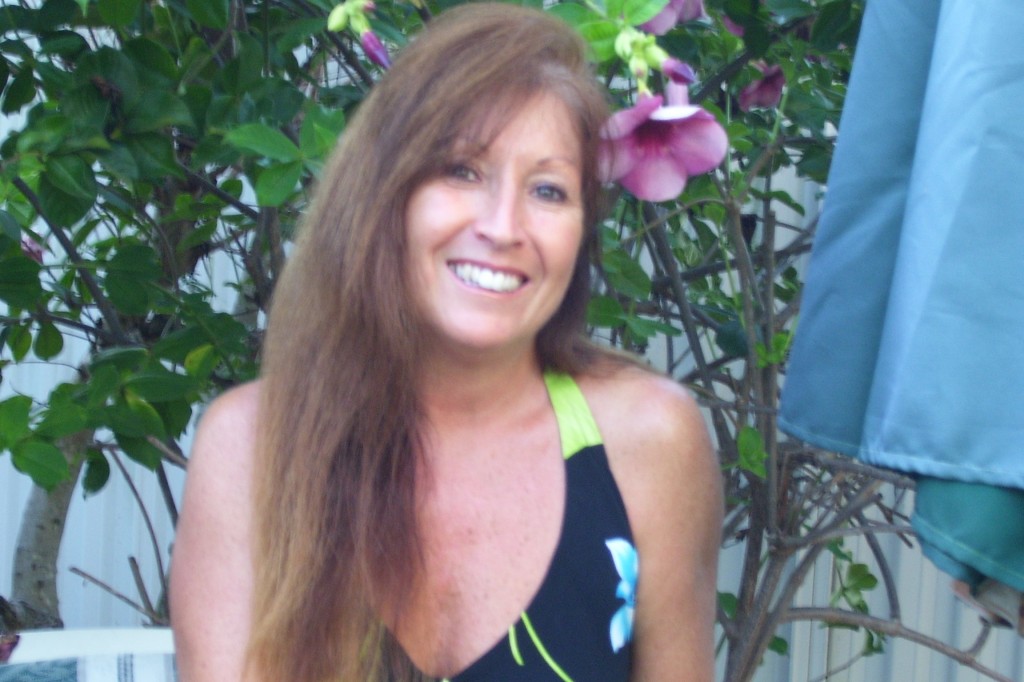 We all face our own personal challenges in this life. Whether we are met with testing financial demands, unpredictable personal circumstances or ill health, we have all experienced a defining moment or time that has forced us to make changes. And Sally Brigg is no different.

In 2004, the mother from Redlands, Queensland discovered she had osteoporosis, a bone disease that meant Sally had an increased risk of fracture and was unable to continue with working long hours in a physical hospitality role. It was news that left her feeling anxious about her future.

“It was a terrible shock, as I was only in my early 40’s, had always maintained a fit and active lifestyle and thought that osteoporosis was a disease only ‘old’ people got.”

What resulted in the months to follow was osteoarthritis which restricted Sally’s movement and left her in extreme pain. “As a hospitality worker my fitness was very important however, the arthritis was extremely painful. I had days when I could barely even open my hands after a heavy shift at work.”

But instead of letting the debilitating disease get the better of her, Sally took it as a sign to make some important changes. “I was raising two children on my own and was worrying how I was going to make ends meet.

“I decided it was time to turn things around. I needed something to fall back on.”

So she did the unthinkable at the time of ill health and started her own business from scratch. She came up with a concept for women’s underwear that has appealed to many working across entertainment to sport as well as your everyday girl who loves to wear jeans.

And so the G Discreet was born.

The business idea came to life when Sally was working as an event coordinator for model searches and Indy track events. After seeing the models standing in their skin tight suits with visible panty lines, Sally quickly realised the lack of ‘discretion’ that comes with wearing body-hugging lycra. “The girls also needed something with comfort; they were always pulling at their crotch and looking uncomfortable. After searching for the perfect ‘G’, I found there was none…. so I set about designing and producing my own.”

The product took off in November 2008 and promises comfort and absorbency thanks to its 95% cotton, 5% spandex, 100% terylene lining combination and a padded gusset.

Sally has since unearthed a market of sportswomen and professional dancers and has found the ‘G’ is the perfect companion to compression exercise gear.

The positive feedback on the product has been overwhelming says Sally. But she has struggled with finding a supplier or an efficient way of getting the item stocked into stores. Despite this challenge, she is still optimistic about the future of her business and is determined to make it work. “You have to be prepared for rejection… it’s part of the process of starting your own business. When you know that you’ve got a good product that you believe in, you have got to have enough faith to persist with it.” 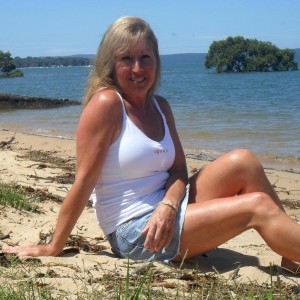 Sally has reaped other benefits and enjoys choosing her own working hours and having the option to devote more time to her children after spending countless years working over Christmas and doing irregular hours. “It means I can spend more time with my kids… I can see them grow up. If you can get it right, you can structure your family life around your business… which is just so important.”

Sally’s kids have never lost faith in her ability to succeed and she’s managed to teach them a few important skills along the way. “What’s inspiring about it, where home life is concerned, they know that anything is possible. And they’re settling their own goals. That’s come from seeing the magic happen at home.”

“You tend to start to move into a different dimension of your life. And when you start to feed off that energy, it’s electric. Everything changes at that point.”

A positive attitude has meant Sally has crossed paths with many people who’ve been in a position to offer support, including Australian business owners of Bamboo Fabric Store who will collaborate with Sally to create the next line of Discreet G’s from natural bamboo. Sally realised that taking her product in a ‘green’ direction was the best possible fit. She requires the fabric to be soft, comfortable and seamless – all the qualities that bamboo can offer. “The bamboo is also highly water absorbent. It remains cool in hot weather and it draws moisture away from the skin. It’s just brilliant,” she said.

Sally’s decision to make her product more environmentally friendly has stemmed from her belief that we all have a responsibility to play our part in preserving the world. “I’ve noticed climate change and I think we should all be conscious of our consumption and know that we have options to purchase goods that will have a less harsh impact on our environment.”

Keeping her brand local is also an important part of creating an Australian business. She says we should stop blaming the economy and start making opportunities in our own country. “There’s a lot of people wanting to take their money out of Australia now… there’s a huge restlessness around the country at the moment. Australia is going to get into a lot of trouble unless people start doing their bit and keep their money in the country.”

Sally says we need to lead by example and show that we can support local goods and business growth. “The quality control is definitely a key factor for keeping things local. And it’s comforting to know that our working conditions are better than in some places overseas.”

“We need to start creating and taking responsibility for our own future.”

Her strong will and ability to persist with what she believes in has no doubt pulled Sally out of her darkest days. By October 2009 Sally’s osteoporosis was improving and a bone density scan came back with overwhelming results. “I was told I was no longer classified as having osteoporosis anymore.”

Looking back, Sally says her ill health provided her with the motivation she needed to get started with her business and a positive change kick-started her healing process. She listened to motivational speeches, studied a personal development program, and read books like The Secret that taught her about the concept of obtaining success through the law of attraction. “Part of my healing process was to find out how people become successful… I realised that life was about choice; we can choose our thoughts.”

Sally also took a supplement called Vemma, a ‘super juice’ packed with nutritional and antioxidant qualities that rebuilds the immune system and saw Sally’s inflammation in her joints from arthritis rapidly disappear.

It’s no doubt a combination approach to self healing allowed Sally to turn her health around. The future is looking bright for this former Aussie battler who seems to know a thing or two about overcoming hardship. She’s already planning to expand her range to swimwear and undergarments for men in the near future. Perhaps all those personal challenges were worthwhile after all?

Sally Briggs is an inspiration to all! Not only is her positive outlook and attitude on life contagious, but hearing how she turned a negative time in her life into something that gave her the freedom to take care of herself and her family is very impressive. Way to go Sally!!

Your phone's ringing, your new email notification chime sounds more like church bells and you're head is about to spin off into...
© Onya Magazine 2009 - 2021
Back to top