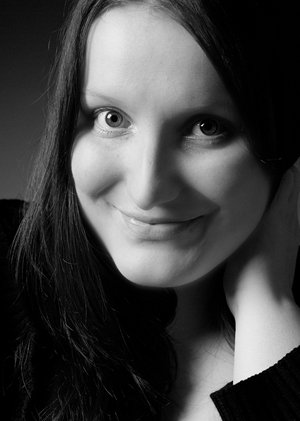 You know those light bulb moments, whereby an idea takes over your mind and you can think of nothing else except for your brilliant plan? For Melbourne’s Megan Jackson, an idea tossed around during an online chat session with a pal just wouldn’t subside.

Megan is one of the one in five Australians suffering from mental illness, having had depression for over ten years. Used to shutting herself away and being reclusive, the softly spoken 28 year old decided enough was enough.

“I really do feel that my life was stopped somewhere along the line – like everything and everyone is moving ahead faster and getting further and further away,” Megan says. “People I went to school with have careers and families. My cousins whom I adore are all forging their own paths, moving faster than me. I know everyone has a different way through life, and that my illness hasn’t been the only thing holding me back. It’s useless to compare myself to others, but I do. I think everyone does it to a certain extent. But I really believe that I should embrace the differences rather than feel burdened by them.”

“The crazy idea,” was starting to unfold. It involved bringing further awareness to mental illness, raising money for charity and a special pash with a very hot vampire. Megan’s wish was to be granted her first kiss by none other than Twilight’s Robert Pattinson.

“He’s extremely, extremely popular, so to ask him to be involved would really bring a lot of attention to the cause. And I really like him – there’s something kind of offbeat and mysterious about him,” she explains.

Looking for a charity to associate herself with, she decided on the small, not-for-profit Australian charity OneInFive.

“It’s basically a group of friends and family who started the group after the loss of a loved one to suicide in 2001,” Megan answers. “As they say on their website, this young man was a ‘son, brother, mate, fiancé, cousin, colleague, and is missed by all that knew him.’ That really touched me and it illustrated how far reaching the impact of the disease can be. I picked them because they were so small – just a small band of friends and family who came together after a tragedy to change the mindset of the society he found it so hard to live in.”

Megan set the ball rolling by making a video of herself, a big step for someone used to shying away from attention. She admits she was “nervous, very nervous.”

“I didn’t write anything down, I just sat in front of the computer and spoke from the heart,” she recalls. “I agonised over whether or not to show it to anyone, but I showed my Mum and my best friend and when they said it was heartfelt and moving, I put it up on YouTube. I didn’t really have any idea how it would be received though.”

“I was so grateful – Today Tonight is seen by such a wide audience and it was a great form of exposure that opened up a lot of avenues. The interview itself was fine – I was actually really, really happy with how it went, in spite of how nervous I was. Honestly I was surprised at how they cut it together, but I recognise that with things like that there is an ‘angle’. I just felt like it made me look a bit silly and foolish, which I’m not. I’m a little naive maybe, but not stupid.” she laughs.

“The biggest impact the TT interview made was the views on the YouTube video. It shot up dramatically [3, 818 hits]. I had a few negative comments and I was quite distressed for a little while after all of that, but I bounced back.”

“As hard as it is to hear other people react negatively, the sad thing is that they could never say anything worse than what I have said to myself,” Megan explains. “That’s the reality of depression – I’m my own worst enemy and biggest critic. [But] it’s hard not to let it get to you. I’ve had people say I’m being selfish or questioning my motives. They feel it’s unfair to ask it of Robert Pattinson. But I’ve always maintained that I’m doing this with the utmost respect, and if he couldn’t be involved that would be okay.”

Overall the response to EmsCharityKiss has been positive, with $1296 raised for OneInFive so far.

“I’ve had a lot of support from a lot of different people – people I knew in primary school and high school which is amazing (thank you Facebook). I’ve made so many connections within the mental health community online. I can’t even begin to describe how I feel about how much money has been raised for OneInFive. I am so, so humbled and grateful for all the support,” she replies.

It’s not just the desired R-Patz kiss that Megan is aiming for, with her commitment to bringing further awareness to depression apparent. She says that the interactions with other sufferers is the most rewarding thing about EmsCharityKiss.

“Having people contact me and tell me their own stories and experiences… they are so brave and so strong and it’s sad that we live in a society that shuns mental illness. All you need sometimes is someone to talk to who will listen without judgement. Depression makes you feel so isolated, as though no one would understand what you’re going through. But there are people out there suffering in silence too. I’ve also had people say that they knew nothing about depression and mental illness until they saw my story and read my blog – that’s extremely gratifying. Getting an open dialogue about something that is so taboo and has such a stigma is so important.”

“I would love to raise more money for OneInFive and to keep encouraging an open dialogue about depression,” she continues. “It has been in the news quite a bit recently, and people are starting to talk about it more. I’d love to hear more stories, share experiences. If I had the confidence I would write a book about it.”

The original target for Megan’s kiss was to have Robert Pattinson contact her by her 27th birthday, which passed by last August without a word from his camp. Although disappointed, she decided not to give up.

“I probably had a very romanticised view of it in the beginning. That everyone would immediately understand what I was doing and want to help, and that whatever the outcome it would happen quickly. Obviously it’s been nothing like that. It’s been going for almost a year, and sometimes it feels like the whole project has come to a complete standstill, and that no one is paying attention. Then something will happen and it sparks off again,” she replies.

“I’m taking it day by day now. As all the promotional stuff happens for Eclipse and his new movie Bel Ami, it seems like towards the end of this year is a good time.”

And what if she so happens to receive a kiss in the meantime?

“People ask this a lot! But I don’t really see it happening. I would just face it and be honest if it did though. I could still ask R-Patz out on a date… EmsCharityDate,” Megan smiles.

Thank you for posting my daughter’s story, Samantha. Megan has had a long hard struggle with her depression and this struggle continues. I’m very proud of Megan and proud of what she’s doing with EmsCharityKiss.

I like chocolate almost as much as I like shoes. And although shoes (namely those of the heeled variety) make me look taller...
© Onya Magazine 2009 - 2021
Back to top