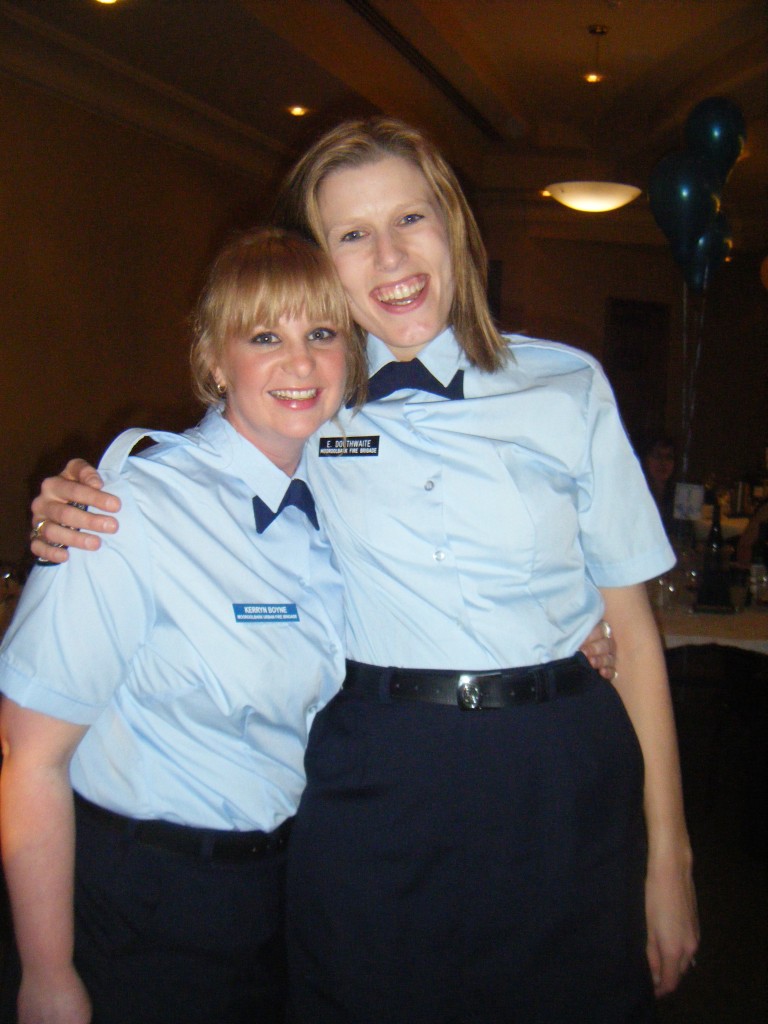 Above: Kerryn Boyne and Ellen Douthwaite

The sudden onset of warmer weather in Melbourne this November has been a timely reminder of last summer’s devastating bushfires that swept through Victoria and claimed over 200 lives and more than 2000 properties. Many of the firefighters who fought to save the area were Country Fire Authority (CFA) volunteers – people who give up their time and put their own lives on the line to protect their local communities and their inhabitants. Onya recently caught up with one such volunteer, Kerryn Boyne, of the Mooroolbark CFA.

Kerryn has been a firefighter at her local brigade for the past two years, after a string of events led her to pursue volunteering as a means to be involved with the emergency services. Her original dream of becoming a paramedic was challenged when aptitude tests were replaced with lengthy university courses, while applying to the Metropolitan Fire Brigade saw her pass the entrance exam, only to be told days later that a computer error had occurred and she had missed out by a mere 7 points. The ecstasy of her success, followed by the shattering rejection, led Kerryn to reassess her priorities and keep her dream alive by applying to the CFA. On her choice to become a firefighter over a paramedic, Kerryn says, “Lives are potentially on the line, you could end up being the difference between your own safety and the occupants of a house. You don’t know what you will get from one emergency to the next. There is risk and adventure you can’t find being an ambo – sure, there is a degree of risk in being a paramedic, but not the same as being a firey.” 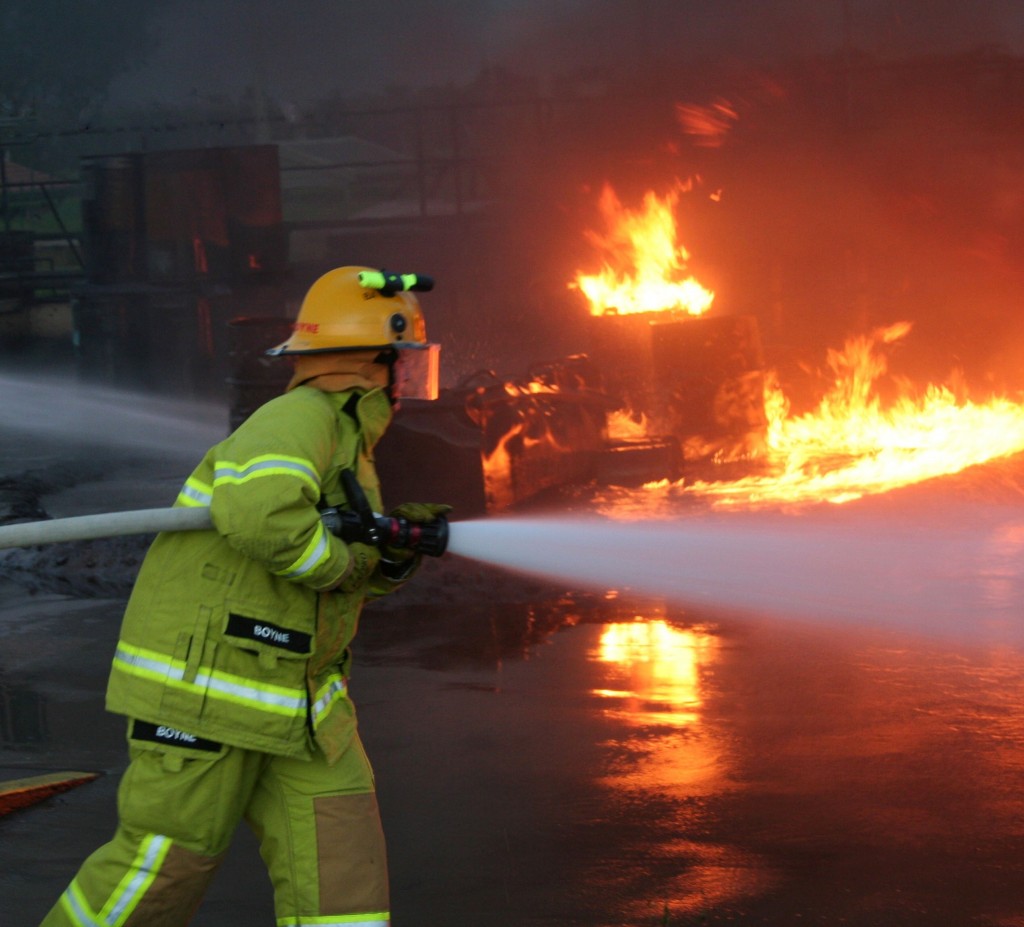 To become a CFA volunteer is not as easy as it might appear on the surface. While the CFA is always looking for new recruits, the dedication and passion required see many a drop out within months of starting, unable to commit to the intensive training and time required to fully participate. An interview is conducted when an applicant joins the CFA to ensure they are aware of the risks involved, but also the benefits of belonging to a community organisation. Recruits need to be voted into a station by existing members, so enthusiasm and commitment to being a volunteer is all important. As a woman, Kerryn tells us you have to be a certain type of girl to succeed in this environment. “You have to prove your value and worth. I’m just as good, if not better (than the boys), because I have more to prove,” she says. Male members of the brigade tend to take on roles of brothers and uncles who are quite protective – sometimes too much. “They want to see you shine, but at the same time you can sometimes feel held back which is frustrating. I don’t let it get to me. I’m here to do the best I can, to do the community proud. I’m here to do a job and do it well.”

All new recruits go through an extensive training process, providing guidance and essential learning to prepare for all possible situations. New recruits do not even get on a truck or see a fire for at least six months, while volunteers who have been in the brigade for 50 years still participate in regular upskilling and refresher courses. “Your own safety is always the most important thing,” Kerryn says. “Fire is indiscriminate; it will never behave exactly the way you are taught. You never stop learning. Trusting your knowledge and training while thinking outside the square is essential when dealing with a fire. There is no point in being a hero if you end up dead.” 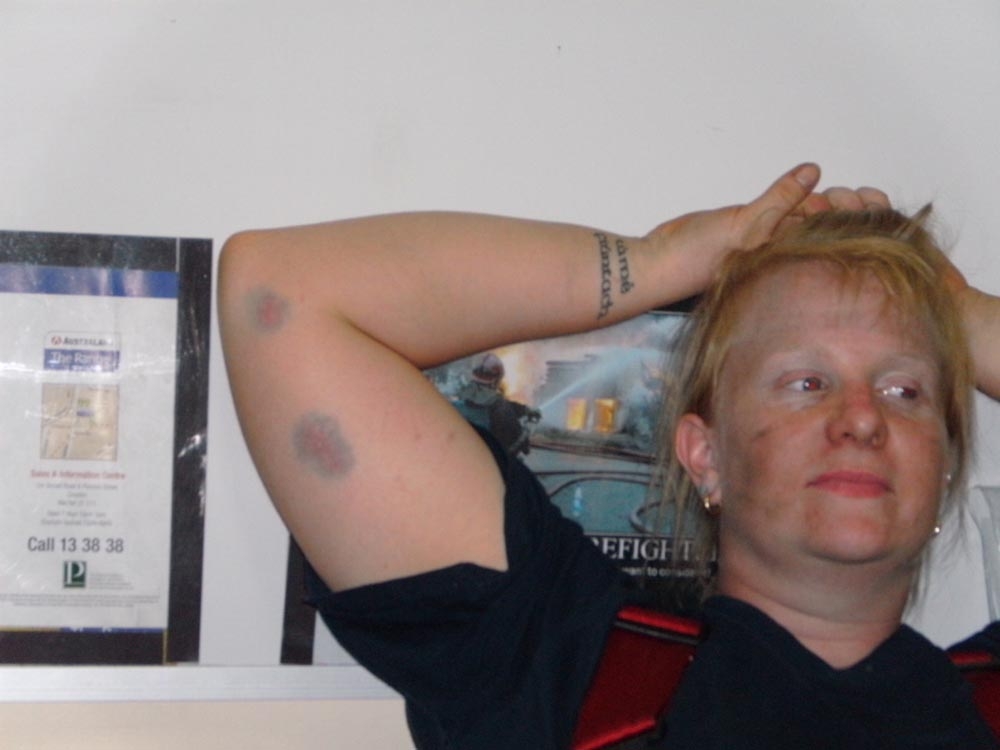 Victoria saw a lot of heroes this year on February 7 at the Black Saturday bushfires. In the first instance, Kerryn was assigned to a Pumper Strike team waiting for further direction at the station. She confesses to feeling helpless while they listened to the radio calls of other strike teams under ember attack before being sent to a 50ha fire at Coldstream on a 10 hour shift. This was just the beginning of a long few days that involved up to 16 hour shifts in the bushfire affected areas. “I was the tiredest I have ever been, I was sweaty, I stank and I was bruised,” Kerryn tells me. “But I did something good. It was hard to deal with, but amazing to be a part of something bigger than life itself. I was alongside firefighters from the other side of the state and the camaraderie for the common cause, a common fight, was amazing. A terrible experience, but a life changing one. I was so proud of my brigade.”

Coming into the 2010 fire season, Kerryn explains the effect on her personal life of being a firefighter and the importance of the support of her family and friends. “At 3am, it’s really hard to pull yourself out of bed and be awake enough to get dressed and down to the station in time to make the truck. Often after a fire the team will sit around to debrief, it takes time for the adrenaline to slow, or to get back to sleep. Sometimes I am ridiculously sleep deprived but still manage to function ok. My family and friends are proud of everything I have achieved and don’t mind when I rush out in the middle of dinner to a fire call. Most people are not surprised that this is my career choice.”

Kerryn’s ultimate goal is to become a permanent firefighter with the CFA, while she is currently looking into fire investigation as a possible career opportunity for the future. At 30 years of age, Kerryn admits her life has slowed down since joining the CFA. “I don’t go out clubbing anymore – I’m happier at home with my dog watching a DVD and being around to take a fire call. I stay in the area, go to the gym, read or hang out with my friends and family. The CFA is not a job that you can do at 50% commitment, being a volunteer takes passion because it’s beyond the call of duty. After two and a half years, I am still excited by the little things like washing the truck on a Sunday. My heart and soul belong to my brigade.”

By Aaron Jude Weinman Now that Christmas is fast approaching, scything through the plethora of folk at our shopping...
© Onya Magazine 2009 - 2020
Back to top