An Afternoon with Ivy Fox 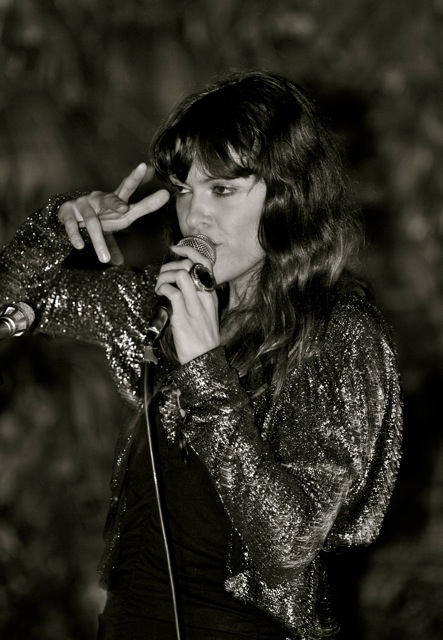 Ivy Fox is a busy lady. Constantly in and out of aeroplanes and recording studios both here and in the United States, as well as working on her album and two new singles (expected release 2010). I was fortunate enough to meet Ivy Fox at a quaint Café in Windsor, Melbourne and discuss all things music and life.

I think we can all testify that life is about choices and how much we commit to the decisions we make. Do we pursue and follow through as we originally intended? It’s very easy to decide on something, but an alternative ending generally presents itself on most occasions. How many times have you pursued something, only to run out of steam at the point where things do not taper out the way you hoped? Being a writer there are several moments where you have that career crisis, but as the ink flows, the words continue to pour from our minds. The same can be said of most, if not all industries, in particular, music. Years of sacrifice, time and heartache are thrown into a prospective career in music, and for all aspiring singer/songwriters, the thought of belting out these feelings in song is the perfect solace in a career that may just go the distance you hoped for.

Melbourne based artist, Ivy Fox, can certainly hold true to the aforementioned, and delving into her life story promised an afternoon of story-telling and self-realisation all through the backbone of that which she holds closest to herself; the music. Seeing Ivy for the first time, I was met with a tall, confident woman with a clear vision of what she is about and where she is headed. Unsure of whom I could have been, Ivy luckily came across me through one of my many addressed speeding fines and she ordered an organic tea, whilst I, as predictable as ever, requested my customary espresso. Ivy, with her colourful and herbal choice in beverage, and me, with a tasteless yet satisfactory black coffee, provided a clear indicator between the two of us and the lives we lead. With the differences large, I wondered whether I could complete the interview without sounding like a complete moron (replaying and listening to my interview with Ivy, I am surprised she stuck around for as long as she did). Ivy treats life in the fullest way possible, maximising the chances she has, whilst being blessed with not only über-talent, but also the ability to use that talent in order to achieve her goals.

Growing up in Melbourne, Ivy attended Sandringham Secondary College, renowned for their dedication to music; this seemed the ticket for Ivy, given the opportunity to iron her craft, but at the time, the thought of a career in music wasn’t a road she was ready to take.  Ivy spent a considerable amount of time soul-searching. Fed up with a Fashion Degree at RMIT, Ivy worked as a stylist before deciding to travel and work on her music. Ivy ended up at one of London’s prestigious music schools and eventually returned to Melbourne to lead a punk band known as ‘Late–Night Access’. Commonplace for an aspiring musician, Ivy sought after much more, and with that, came more travel, but this time around, the travels seemed to stick to Ivy, particularly the lessons learnt both personally and professionally. 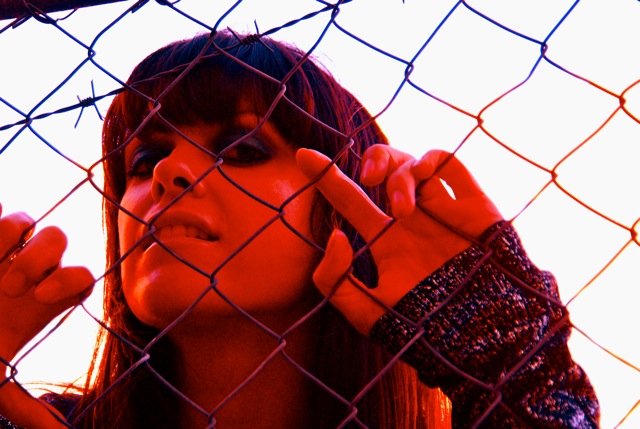 Not only does Ivy sing and write, it’s important to note that she is a self-taught musician, learning the guitar and keys whilst living in the remote jungles of Malaysia. For three months Ivy found her own personal hideaway immune to city hustle and corporate bureaucracy. They say that one can find their niche in the most surprising place, and with this, Ivy studiously learnt music, honed her song writing and found that spiritual effervescence that so rigorously helps her live life and meet her ambitions.

The most inspiring thing with Ivy is her drive to produce the music she has worked so hard to create, without it being butchered by record labels looking to avoid anything with a twist and appealing to the mass audience. Contemporary radio showcases so much of what most labels believe in, as opposed to what the artist and their visions may be. As someone that doesn’t like to be pigeonholed, Ivy’s music comes across as an eclectic mix of pop and electro, putting an alternative spin on the broad definition of contemporary pop music. Clear on how her music should be produced, Ivy understands the need to appeal to the general populous, but seems to be carving a way to do it whilst staying true to her wishes and vision in her music. From the perspective of a third party (and one with limited knowledge on music) I am instantly reminded of a new-age Roisin Murphy but with the pop-culture appeal of a big star such as Madonna. In addition to this, Ivy views Madonna’s symbol and work as an influence, along with a personal love for Blondie, Grace Jones and Goldfrapp.

So keep your eyes and ears peeled for Miss Fox, bringing her own blend of Electro-Pop to our streets and providing that wake up call for all you aspiring artists out there.

Ivy keeps a constant update on her work through her Myspace page, so check it out at:

A Dose of Day Spa

A Dose of Day Spa

It was with the intention of pure review that I set off for the yet undiscovered Body Essence Day Spa in the culturally...
© Onya Magazine 2009 - 2020
Back to top