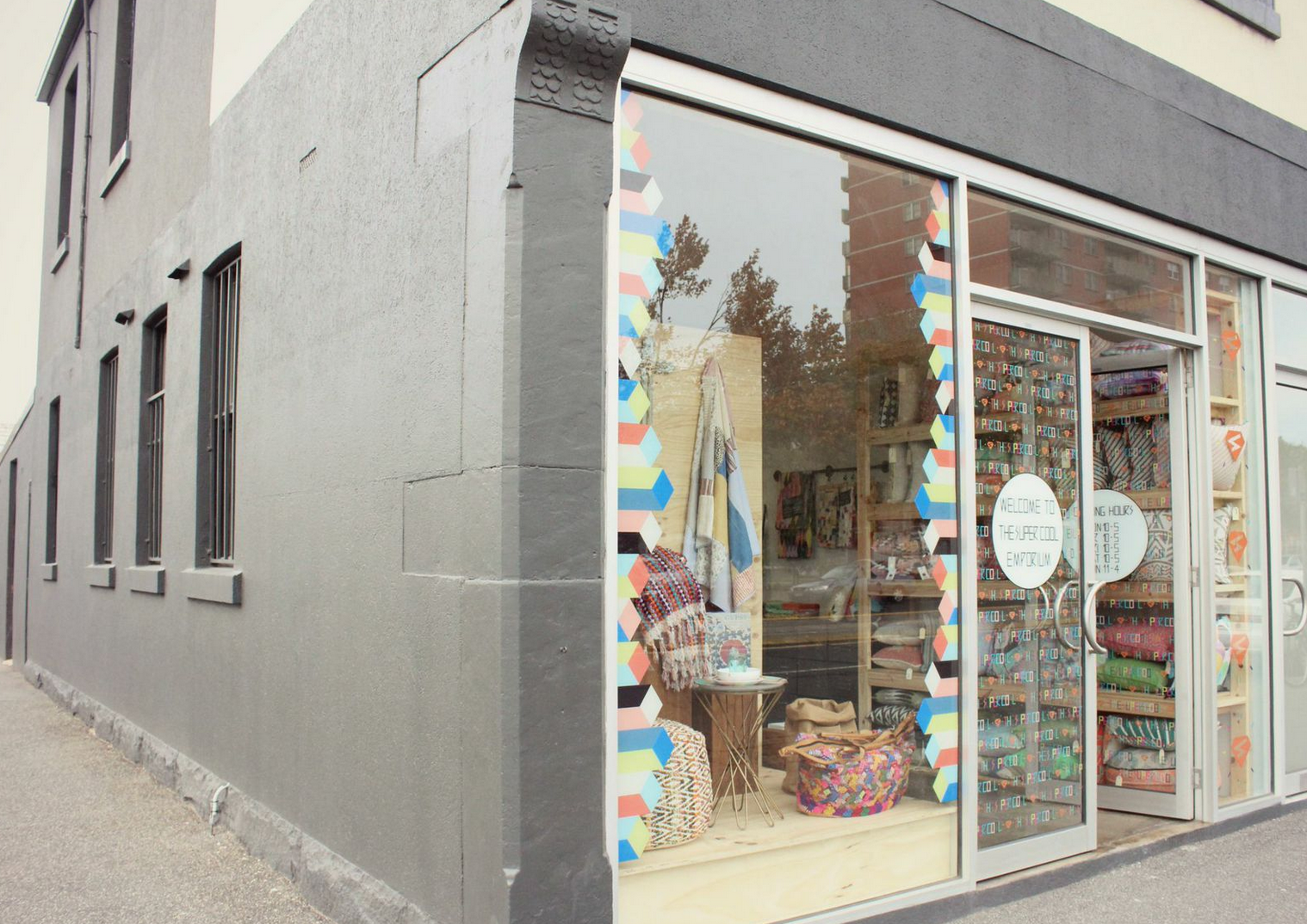 On a long, grey and busy industrial Fitzroy Street, the new Super Cool Emporium brings a welcome kaleidoscope of colour. As the sun streams in through the large glass front, I step inside and am immediately captured by the vast array of vibrant gifts, homewares, unique pieces and quirky trinkets that lie ahead. But it’s far from the jumble of a tacky gift shop – each item is carefully selected and displayed, with the whole shop the perfect example of excellent and enticing visual merchandising. The space is used to its maximum potential, with decals on the wall and beautiful exposed brick.

But this retail success didn’t happen overnight. The Fitzroy emporium actually marks the Super Cool’s first permanent roots after spending its early years as an evolving series of pop up shops. Inspired by the mobile emporiums of the 1800s that would travel from village to village selling unique and exotic wares, The Super Cool has travelled in many guises and forms – 18 to be exact. The fixtures and displays that are dotted around the store are remnants of these installations. 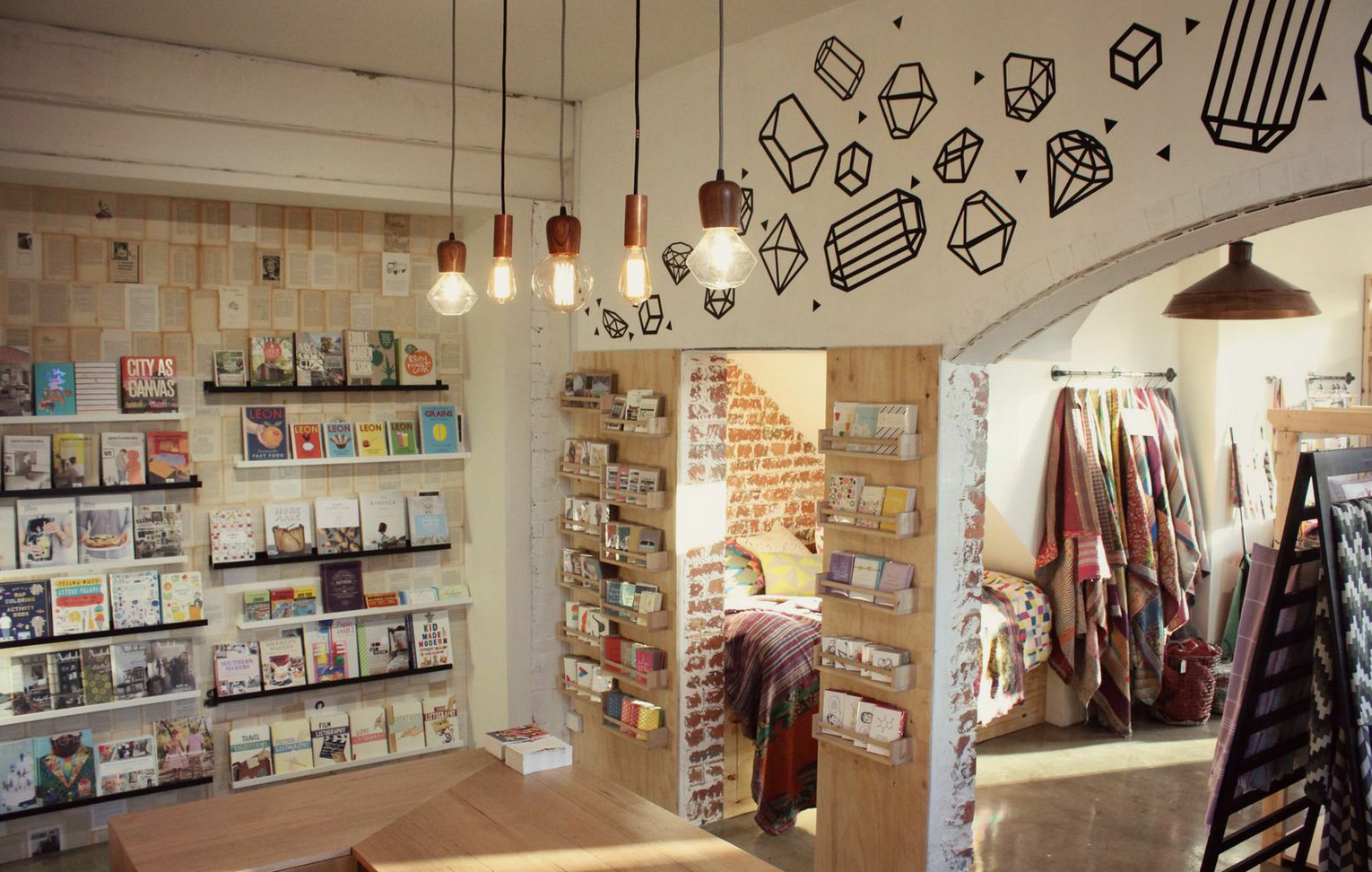 The husband and wife duo behind The Super Cool, Kate and Noonie, say the whole idea started more as an experiment rather than a strategic business move. Despite this, their complementary skill sets (hers a background in visual merchandising and his in the business side of things) make them a dream team. Their first pop up, in Melbourne Central, featured items from independent designers they had collected from their honeymoon in the US and Europe. With every piece carefully selected and with a story behind it, their clear love and passion for the genuinely unique and interesting items proved to be a hit.

A pop up at Pope Joans on Nicholson Street was next, taking over an unused space next to the café. It was an unexpected success (which Kate puts down to Melbournians’ obsession with food) with patrons finishing their meals before wandering over to peruse and shop. This relationship with food is something the pair plan to continue, pointing out a space outside and to the back of the store where they hope to host pop up cafes and foodie restaurants, in an almost homage and return of the favour to their own beginnings. Stints at So:me Space South Melbourne, Finders Keepers Markets in Sydney and Melbourne, as part of Melbourne Spring Fashion Week and a space in Westfield Doncaster followed, each garnering the store a loyal following. 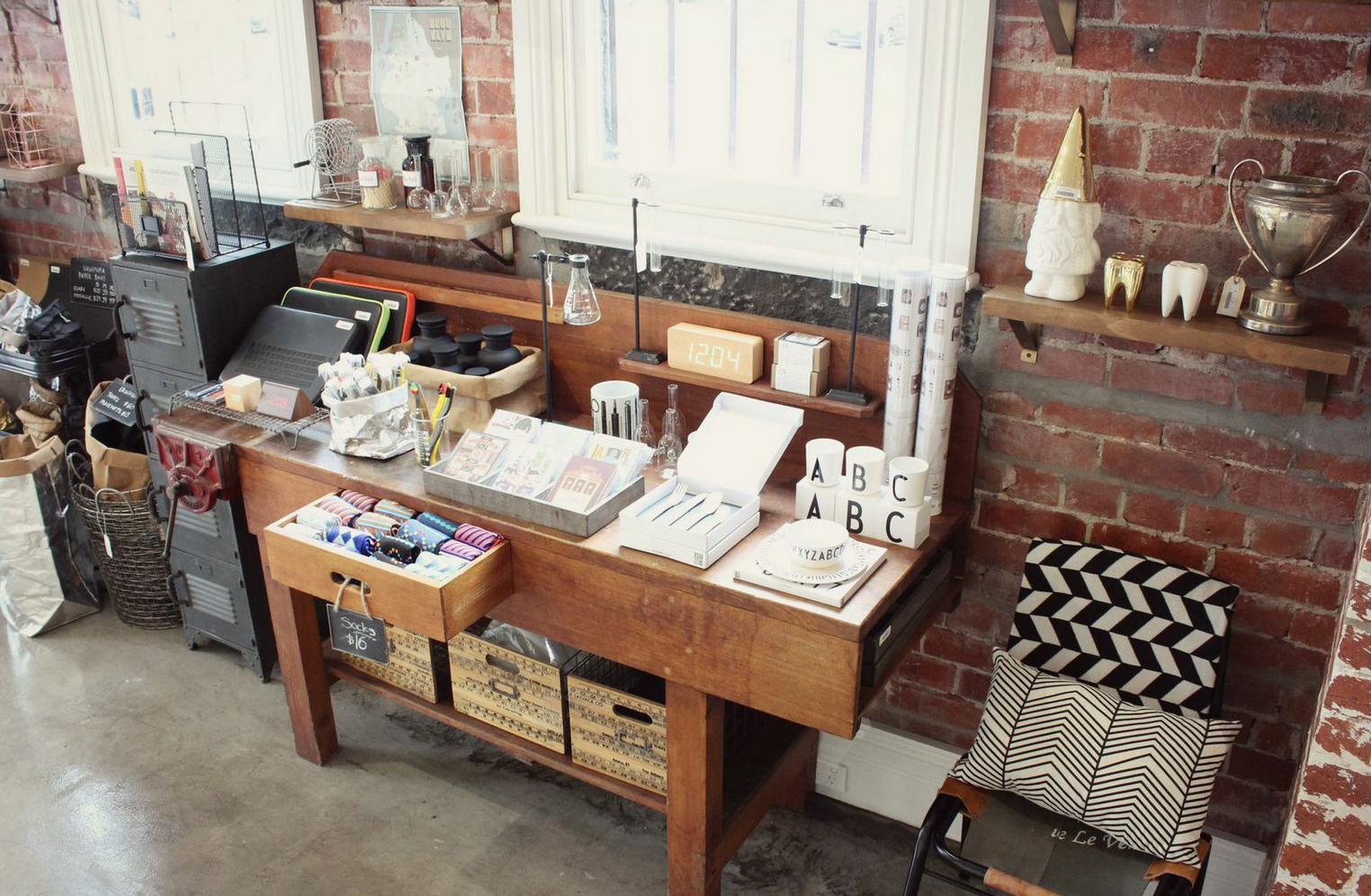 Just as I ask Kate what it feels like when customers who first discovered them as pop-ups visit their Fitzroy emporium, one walks through the door.  The customer goes right up to Kate and immediately declares how sad she was when the Doncaster pop up finished and how she’s made a special trip across town to visit the emporium. She even recognises Kate’s gorgeous baby daughter Lola, who is quietly sleeping in her pram, from one of the store’s Instagram posts. This is not a rare occurrence, yet Kate describes it as “humbling” and says seeing repeat customers never gets old.

The carefully curated range of products from small local and international independent designers is certainly worth travelling for. Inside you’ll find quality local brands like Kip & Co and Ziporah, who were actually first stocked by The Super Cool. Kate recalls chasing down the makers of candle brand Alchemy at Rose St Market, who she convinced not only to stock with them, but also to make the side project full time. They are now working on an exclusive range. It’s a similar story with Lumiere & Co, based on the Mornington Peninsula, who is also looking at creating some exclusive products for the store. Establishing relationships early has allowed The Super Cool to watch the small brands grow, just as they have.

Internationally, products have been sourced from as far as LA, Mexico, Cuba and Italy. Cushions, table runners, large vintage kanthas and bags are handmade by locals, and chosen for their modern twists on traditional items and practices. The washable paper bags from UASHMAMA immediately catch my eye, and Kate is eager to share the story behind them. Made of paper, but treated as leather, the sacks are designed and made by a Tuscan company in Italy called La Sorelle (meaning sisters). The results are colourful and durable sacks that can be used as plant pots, wedding favours, bags and storage space.

The children’s corner, though as yet unfinished, is also inviting, with plenty of interesting books, colourful bedding, toys and organic clothing by Milk and Masuki.

And it’s not just locally that people have been noticing the innovation and novelty of The Super Cool. The family was recently flown to Chicago for the GIA Global Retail Innovation Awards, where they were unknowingly nominated twice – by a 95 year-old visual merchandiser from New York and a local trades magazine. Although skeptical that it was all an elaborate hoax, after checking it out, the couple went along. Lucky they did too. Despite being nominated alongside what Kate refers to as benchmark stores that they aspire to be, such as Merci in Paris, The Super Cool won the Australian prize as well as a Global Honouree for retail innovation. It can only be described as a real “pinch me” moment, recalls Kate. 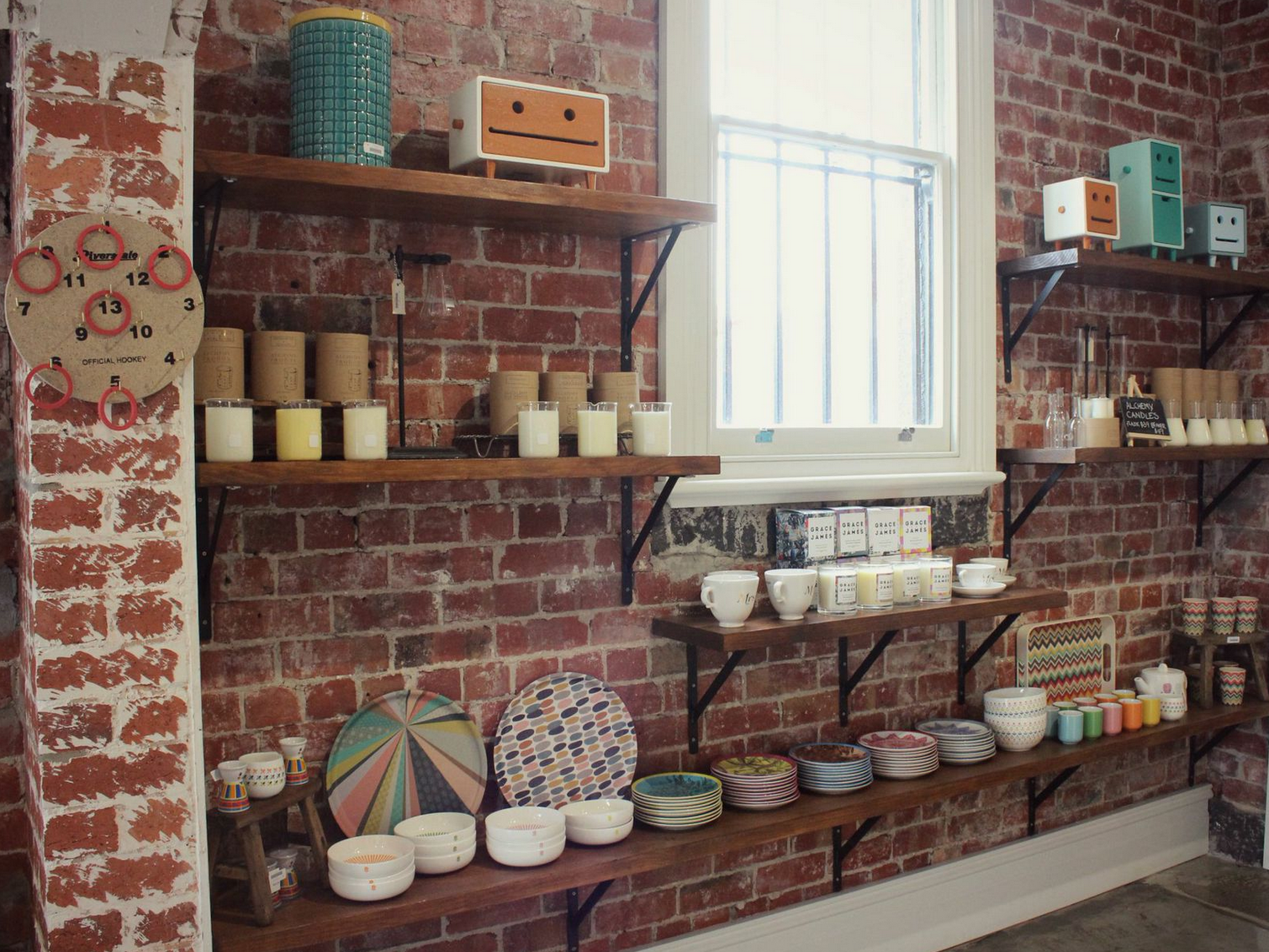 Having permanent roots mean they can enjoy the flexibility of not being in a centre, although Kate admits she’s still getting used to having walls and ceilings to play around with. The freedom has allowed the couple to make bigger plans for the store, with much to look forward to including designer Q&A nights as well as other events. And as for more pop ups? Keep an eye out Super Coolers!

You could win a Super Cool prize pack, valued at over $120. Head to Onya Magazine’s Instagram – @OnyaMag – for all the details. 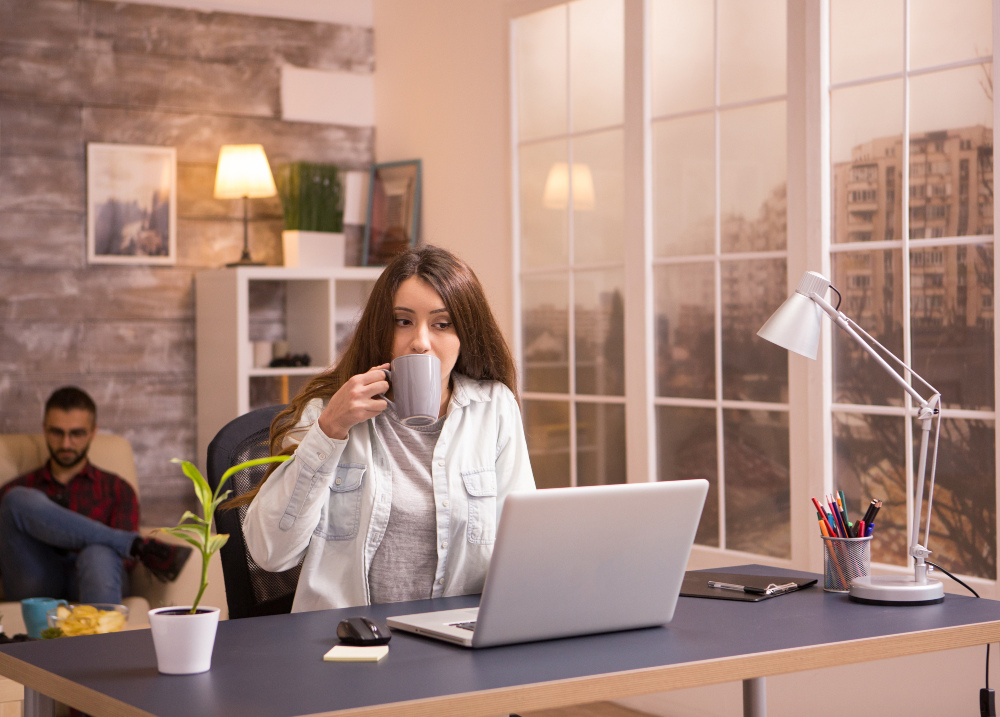 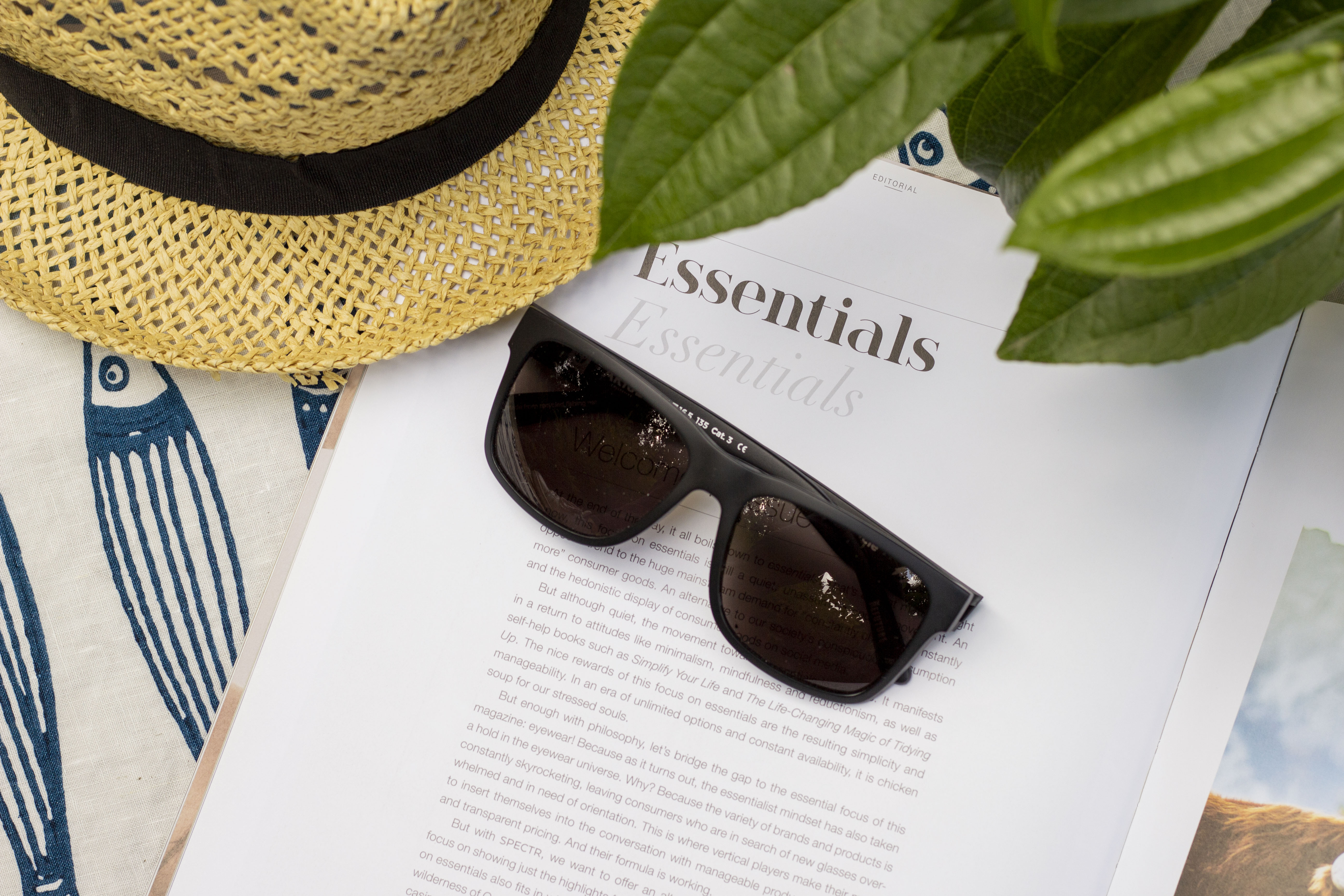 […] We are pretty excited about The Super Cool’s first, permanent bricks and mortar shop front – The Super Cool Emporium which has recently opened up on Fitzroy Street. Full of colour and packed to the top with cool, you dudes should definitely check it out. […]

[…] article was first published on Onya Magazine on July 1 […] 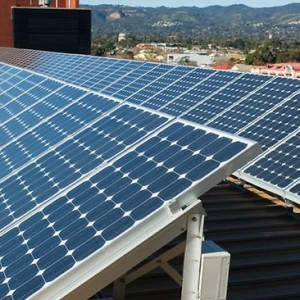 A new law has passed parliament that will result in the guaranteed 8c solar feed-in tariff to become obsolete by the end of June...
© Onya Magazine 2009 - 2020
Back to top