Success! I made it through my first July 4th alive. With a mean hangover, but alive. Unlike what Independence Day warned me, there were no suspiciously time-appropriate aliens descending from above to explode cities to kingdom come before becoming susceptible to the common cold. There were, however, lethal margaritas and fireworks. Oh, and cowboys. You can’t celebrate America without cowboys, I guess. We’ll get to them later.

From my understanding of the holiday, America’s day of independence is exactly like Australia Day. In the twenty-first century it has seemingly morphed into little more than an excuse to consume inappropriate amounts of liquor, cook slabs of meat on a barbecue, parade about with a flag, and watch fireworks while surrounded by inebriated friends. New Yorkers are known to flee the city over the July 4th weekend to places like The Hamptons and Fire Island weekend to escape the influx of tourists as well as the ridiculously sweltering heat. Seriously, sweltering! You wouldn’t know that hundreds and thousands of locals departed the streets given the overflowing numbers that descended upon the banks of the Hudson River to watch sparkling rockets explode in the sky (that’s what I assume fireworks actually are and you won’t convince me otherwise) and apart from the flapping American flags and colour-coordinated lightshow atop the Empire State Building I’d be forgiven for thinking I was sitting along the Yarra on January 26th. Could have used more Katy Perry though.

Manhattan, that most vertical of cities, isn’t exactly the easiest place to just park a barbie down and grill some steak and snags and have a beer. So you improvise! I don’t think margaritas count as authentic American cuisine, but my gosh they should be. After indulging in several frozen margaritas to ease the summer heat, my friend Alex and I went to watch the fireworks to the soundtrack of enthusiastic “ooh”s and “aah”s. The old adage that Americans do everything bigger is true in many ways and, yes, that includes firework displays.

Another thing they also do well are themed bars. In my time here I’ve been to a soviet-themed bar (owned by Anderson Cooper’s boyfriend, of all people) and there’s a bar in the Lower East Side that’s decked out like a 1980s rec room that I have been meaning to check out, but I enjoy Flaming Saddles the most (for obvious reasons). It is a local 9th Avenue western-themed bar that features Broadway babies dancing atop a bar dancing to nudge-wink country tunes like “Man, I Feel Like a Woman” and “Save a Horse (Ride a Cowboy)” while The Best Little Whorehouse In Texas and Calamity Jane play on a continuous loop on the tele. Did I mention Flaming Saddles is a gay bar? Oh, you guessed that already? Smart people. It’s a hilarious, entertaining place to visit and is at least one venue in the popular Hell’s Kitchen district that doesn’t give one terrible body issues due to the more, shall we say, everyday clientele.

Maybe it’s just because New York is a little more diverse than elsewhere, but I didn’t find much of the overt rah-rah patriotism that so many people associate with America. People weren’t running around adorned with capes made of flags and chanting “U.S.A! U.S.A!”, that’s for sure. And certainly none of the “go back to where you came from” drivel that has marred Australia Day for years now.  In the aftermath of last week’s landmark gay rights wins there’s certainly more reason for my American friends to be patriotic, but the whole affair was relatively laid back.

I’m all for trying to adopt local customs when I visit somewhere, and if America has no other sense than to let me into their country I may as well try and do as they do. Oh sure, I still include the letter u in words, and I frequently have to repronounce words because some people don’t understand what I’m saying, but that’s part of the fun of moving to a new country. Personally, I can’t wait until Thanksgiving because of all the turkey and cranberry sauce and special festive-themed episodes of my favourite TV shows. That’s still a few months away though so for now I’ll bask in the glow of July 4th fireworks and continue on experiencing this city has to offer. 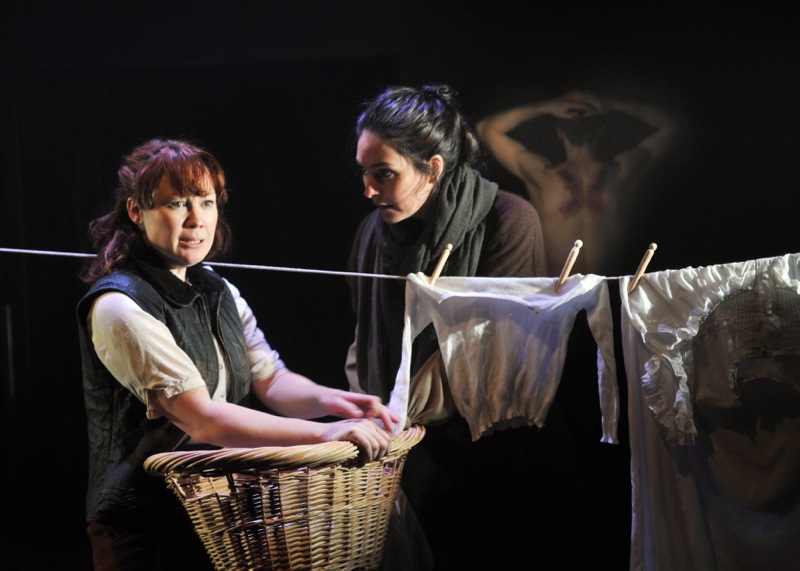 Dawn King’s Foxfinder is both beautifully eerie and faintly soul crushing in its captivating exploration of governmental...
© Onya Magazine 2009 - 2020
Back to top