In America, it’s awfully easy to get déjà vu. Pretty much everywhere you turn in New York looks familiar from a film or TV show. Walking through Central Park I’m instantly reminded of Birth with Nicole Kidman; a stroll through the Upper West Side and I’m in a Nora Ephron film; the fountain at Lincoln Center and I remember Ghostbusters; the Vogue offices opposite Bryant Park and it’s The Devil Wears Prada and Project Runway. And if it doesn’t ring a bell, then that’s probably because they’re filming something there right now. I’ve seen filming set-ups for a new Liam Neeson movie (that’d be A Walk Among the Tombstones), a remake of British cop drama Ironside starring Blair Underwood of all people, and some series called Body of Proof that has been popping up on seemingly every other street. I’ve been in San Francisco for the last several days on a working holiday and just yesterday I stumbled across as series of Full House filming locations! Resume jealously immediately. 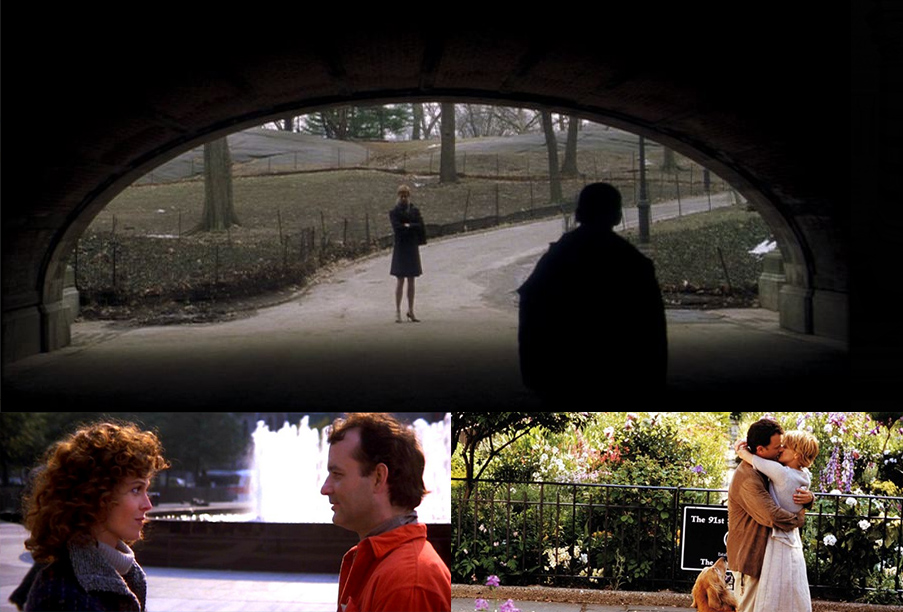 Sometimes this city even has a way of turning everyday occurrences into movies. I was recently at an art exhibit at the Museum of Modern Art and found myself spending the evening discussing art and film with an Italian artist by the name of Lisa Ward. It felt like something out of a Woody Allen screenplay. Going on a date in the East Village was like something out of Sex and the City (naturally one of the “what a disaster” examples that maybe we’ll discuss in a future column). Riding one of those funny-looking American buses across the Robert F. Kennedy Bridge felt like Speed, except this bus wasn’t rigged with explosives and the bridges didn’t have a big gap in it. Basically, Speed had been on TV the night before.

However, sometimes it’s all too easy to see stuff that reminds you that, well, life isn’t a movie. Whether it’s plane wreckage from one of the 9/11 aircrafts being discovered, or being confronted with the after effects of Hurricane Sandy. That natural disaster occurred exactly six months ago and you don’t even need to travel very far to see the effects that are still hitting the city. Liberty Island off of the tip of Manhattan is still closed to the public due to damage and I recently spent a beautiful day out on the little-investigated Staten Island and while it was all very pretty (locals tell me I mustn’t have seen very much) there was still a lot of damage left unfixed. In one part of the Botanical Gardens, trees remain upturned and fences flattened. It’s disconcerting to say the least. 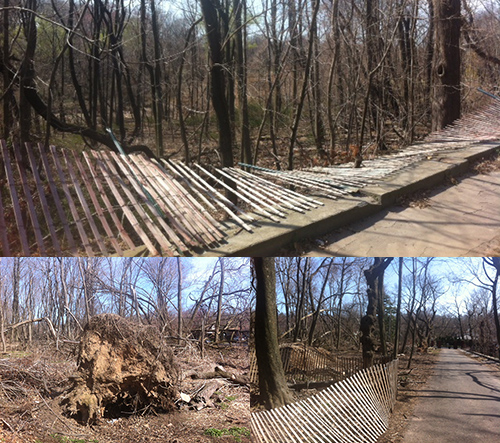 I spent a couple of weeks in May attending the Tribeca Film Festival, a festival initiated to bring business and culture back to the area after 9/11. Amongst the many wonderful films (and, ahem, not so wonderful) I saw was Sam Fleischner’s Stand Clear of the Closing Doors. The title comes from the phrase that all New Yorkers know from travelling on the extensive subway system, and is a fitting title given the film revolves around a teenager with a learning difficulty who gets lost on the subway for several days while Hurricane Sandy ravages the city above ground. I found the film to be remarkably effective and a fair representation of the city’s habit of being a terrifying gauntlet to unfamiliar people. Whether the filmmakers actually filmed during the hurricane or not I’m not sure, but they definitely utilised the damaged after effects to their distinctive advantage.

Having grown up in Victoria, I have never had to contend with the reality of a cyclone. New Yorkers used to be the same about hurricanes until climate change inevitably put a stop to that and now after two years of hurricanes in a row, it appears they’re becoming a part of life. I suppose I will be have to go through one eventually if I plan on staying here for a while, and when it happens maybe I’ll just repeat to myself, “It’s just like the movies…”

Chelsea Higgins grew up dreaming of competing in equestrian on the international stage. She was on track to do just that...
© Onya Magazine 2009 - 2020
Back to top