An Australian in New York: Can I Tell You About My Weekend? 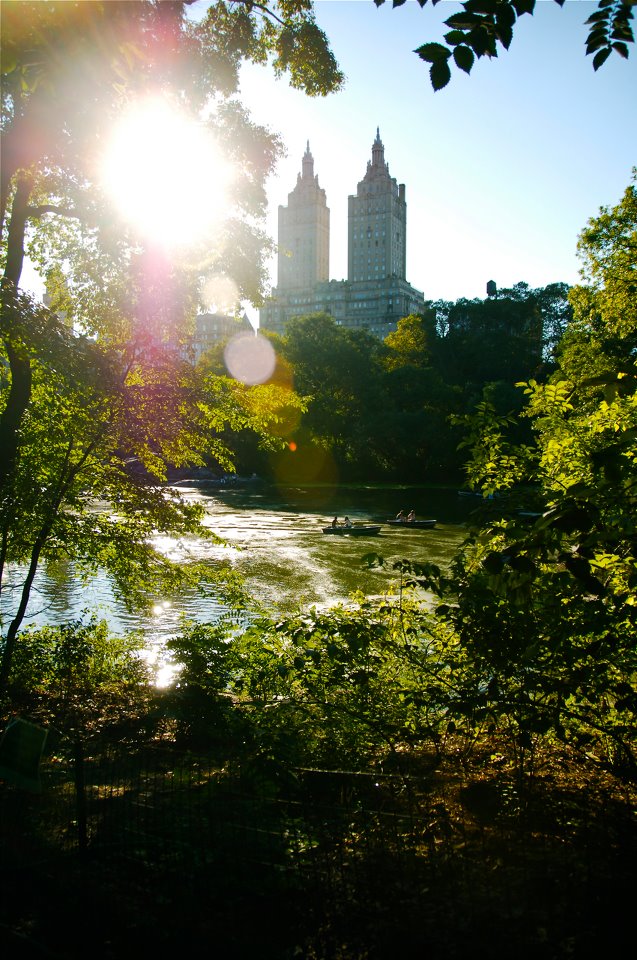 Can I tell you about my weekend?

It began on Friday, where I spent the day trawling through the rarely navigated northern region of Central Park. With its hidden pathways, open meadows, and lake-skimming willows it benefits from being much quieter than the rest of the park – you know, the one you know from movies and TV. It was such a nice day out that I even took an afternoon siesta, waking up to the sounds of children playing after school. None of them were overweight. The correlation seems obvious. I then rushed to grab a hotdog (or two) at Gray’s Papaya and then headed over to the grand Ziegfeld Theater for an opening night screening of Baz Luhrmann’s The Great Gatsby in 3D. It’s a suitable film to see in one of the last single-screen movie palaces in the city (in the country, even?) that is comparable to the Astor in Melbourne or the State in Sydney. Big, bold, brash, and a beautiful – albeit too long and featuring actors who can’t quite keep the material as lively as the visuals.

I later visited a friend who was nursing a case of the sniffles. I hadn’t expected to follow up playing Xbox games with calling an all-night nurse hotline after my buddy cut open his gum and started bleeding profusely. The nurse didn’t particularly help, instead telling us to wait it out (gee, thanks) but it’s certainly a turn of events that make for a head-turning anecdote. Thinking my night was over, I then got stuck underground in the New York subway for two hours following a series of late night issues. Having lived in Victoria for 27 years, I have grown accustomed to laughable public transport woes, but at least these guys informed us what the issue was instead of stony silence or mumbled nonsense through a crackly PA system ala Metro and Vline. Never forget; never forgive!

Saturday was a late start after New York got hit by a severe thunderstorm, which I got to see (and hear) from the 17th floor of a friend’s apartment building. Dinner was Chinatown at a tiny restaurant called Super Taste. I had the pulled noodles and they were delicious beyond words. As always: never judge a Chinatown restaurant by its décor. Then it was off to the Lower East Side where we joined some more friends for a “rooftop cinema” screening of Noah Baumbach’s Frances Ha starring Greta Gerwig. The weather had played tricks with the organisers, but it went ahead and the film is funny and cute, if also a bit depressing, given it’s about a 27-year-old artist in New York who barely earns enough to pay rent. Dear self: don’t become that character! You’re already perilously close. The after party was even better. Granted, free drinks will make anything great, but as proven by my 3am exit time, a good time was most definitely had.

Of course, upon leaving the subway and waiting in line for McDonalds (don’t judge me, okay – I cannot resist the late night fries) a man started shouting and ordering the staff to call the police. He turned around and oh my good grief he had blood pouring out of his face. Police and ambulances soon arrived and when quizzed if we had seen anything only one man was able to raise his hand. Turns out the victim had used a racial slur (in Harlem, no less!) and got a punch in the eye for his trouble. To quote the woman waiting for her cheeseburger: “I ain’t got sympathy for you anymore. You can bleed all you like.” Amen.

Sunday saw a much-needed sleep in after finally hitting the pillow at 4.30am. A trip to the Upper Broadway Harvest Festival involved eating copious amount of zeppoles (an Italian donut-like sweet), roasted corn on the cob (must take dental floss in the future), before finally resting at Lincoln Plaza with fried chicken and rustic chips. Stuffed with food, I followed it up with a screening of arthouse experimental romance drama An Oversimplification of Her Beauty, and a trip downtown for a Burlesque show where I won a raffle. My prize? A plush unicorn doll. I can feel your jealousy radiating from here.

So that was my weekend. Apart from all the blood, it feels exactly like the sort of crazy happenings I expected from this city. 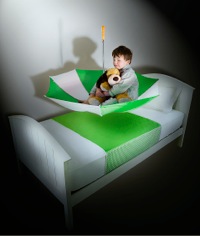 Bed wetting is quickly becoming a common problem in Australian households with up to 12% of seven year old children wetting...
© Onya Magazine 2009 - 2020
Back to top