North America knows how to put on a show. The United States is especially famous for aiming to be the best, the biggest and the loudest. This philosophy does not stop when it comes to sport, hence their sports try harder to entertain than ours do. Nowhere is this more evident than half-time. While Australia invites children to kick around a football when the main action is taking a break, the States employs Beyonce. And while Beyonce was not present at Melbourne’s ice hockey matches between the USA and Canada last weekend, that all-American (and this must extend to Canadian) vibe certainly was.

The pre-game entertainment almost eclipsed the match itself. Hisense Arena draped itself in American and Canadian flags, and its velodrome became an ice hockey rink. Rock music videos played prior to the match in between ‘kiss-cam’ and ‘dance-cam’. When the players were introduced fireworks hissed from the rink while fake snow fell from the ceiling. The juxtaposition of fire and ice made me wonder if I was in some sort of Game of Thrones themed Ice Hockey match, but as soon as the puck was dropped it became evident that I was indeed at a sporting event. 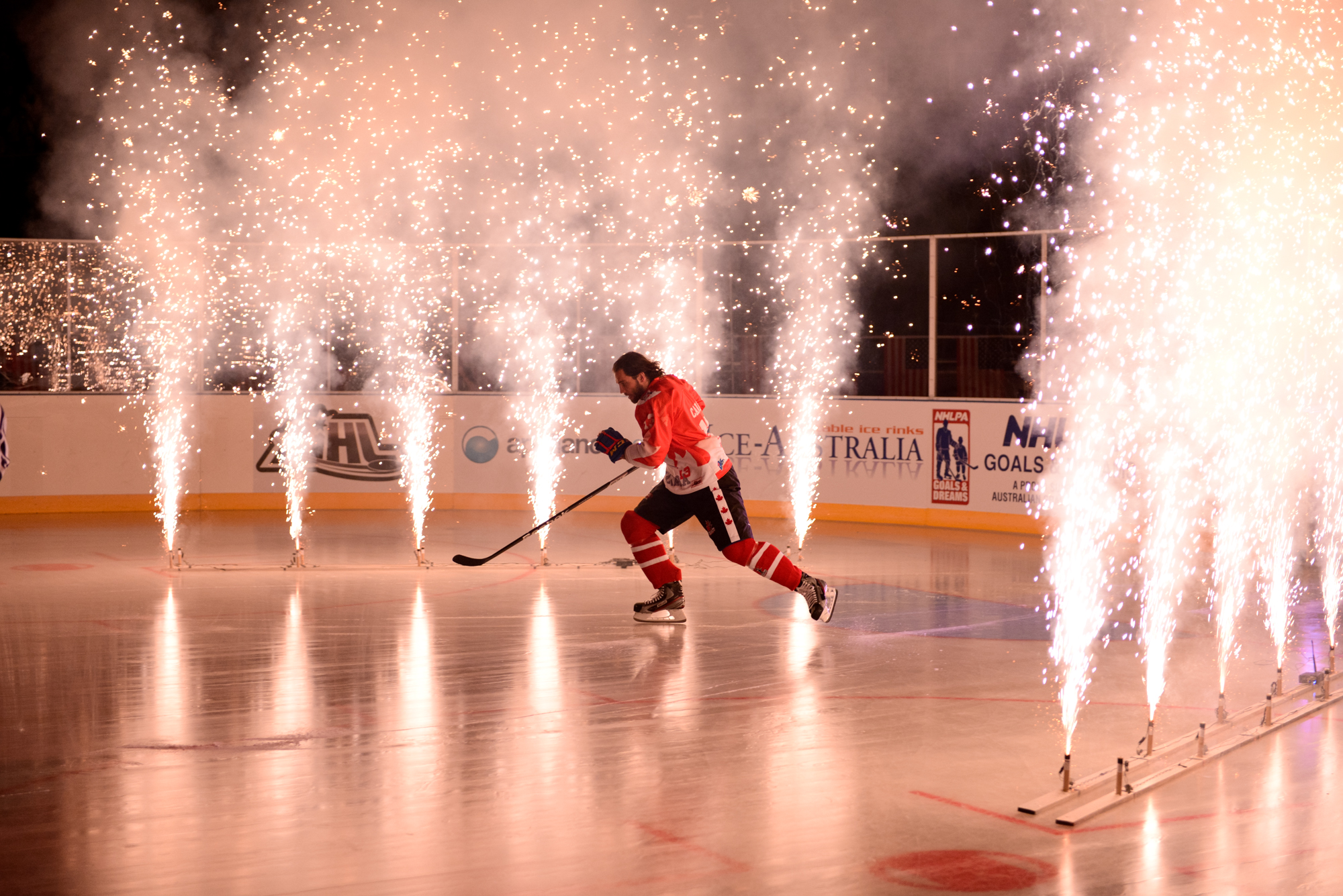 Ice hockey itself remains a little baffling to me. It’s loud and chaotic, and I do not understand why two 17 minute breaks are needed when players constantly sub on and off. Still, you don’t need to appreciate the nuances of the game to enjoy it, and despite the fact that the outcome was almost certainly predetermined, the crowd were thrilled by the spectacle on display. Ice hockey players clearly possess a different set of skills to any sport more popular here in Australia, and it was easy to forget that they were doing this all, (crashing, winning, fighting) on ice skates.

The crowd were clearly more educated than myself. NHL, American and Canadian jerseys were all evident, although it was the Canadian fans that dominated the stadium (the USA even received a few boos). There is much interest in ice hockey in Melbourne, although it is disappointing that it takes international teams to bring ice hockey into the spotlight. Melbourne has two ice hockey teams, yet they struggle to compete for attention in Australia’s sporting landscape. Perhaps, with the Canada/USA series, this will change. 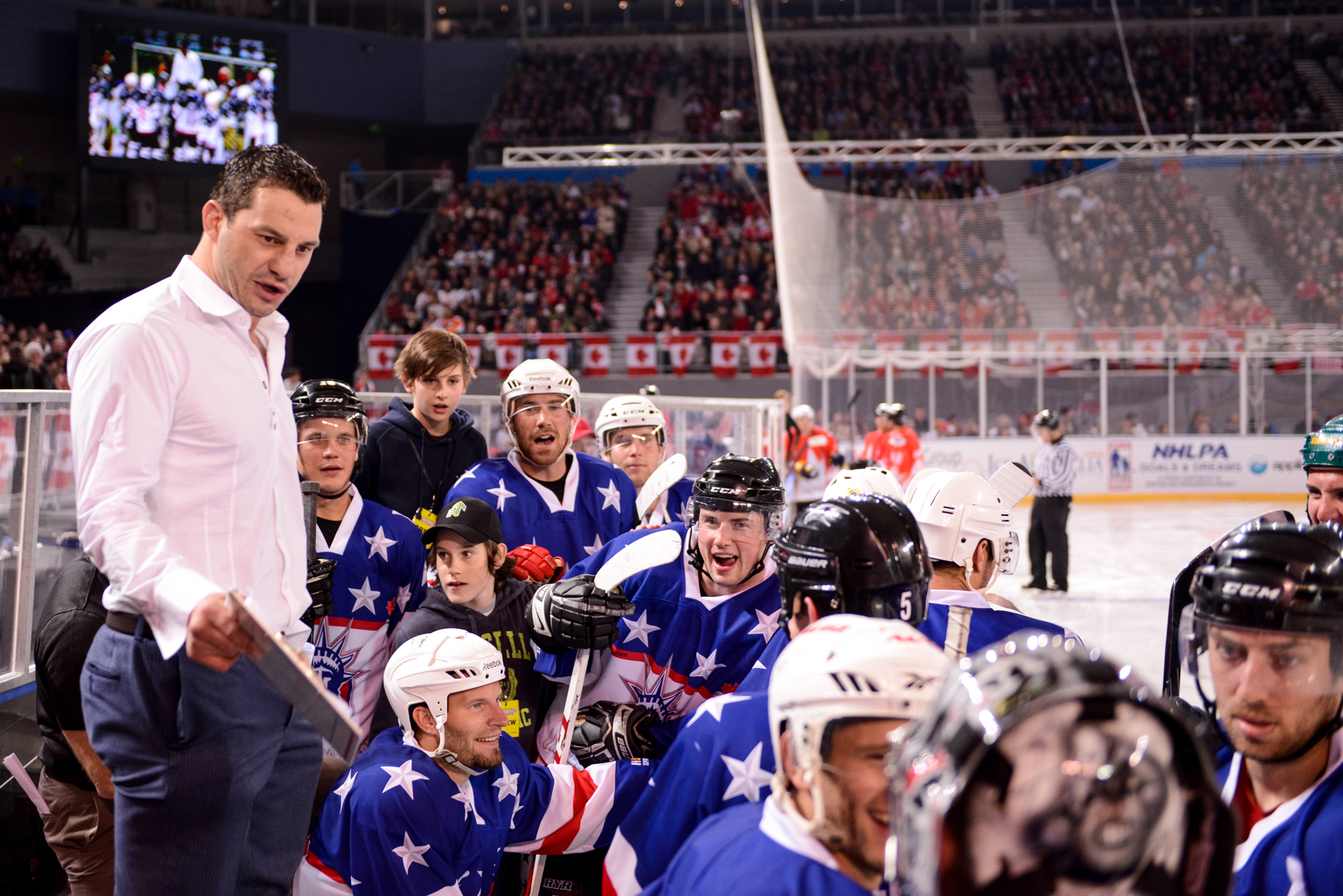 If you’re yet to witness the spectacle that is ice hockey, or are keen to check out the local talent, Onya Magazine has two fantastic packages to see the Melbourne Mustangs play this Saturday night.

Simply email info@onyamagazine.com with the subject line ‘ICE HOCKEY’ and your contact number by 11am on Friday June 20th and you will go in the draw to win 2 tickets and a $60 Groove Train voucher to see the Melbourne Mustangs play this Saturday, June 22nd at 5pm at the Icehouse. Our runner-up will receive two tickets. Bonus points if you like our Facebook Page.

The final match in the Douglas Webber Cup series takes place in Sydney on June 22nd. Get tickets here.

Sorry, but in no way did that “international” game represent a real hockey game that you would see in Canada or the U.S. – total setup by the promoters to make money, barely any hitting or defence, and the event wasn’t sanctioned by either of the Canadian or American national hockey federations as an international game (neither of the uniforms used for both teams resembled the official national team uniforms), nor was this supported by the NHL. A “B” level Junior (Under-20) game in Canada would have had more skill than the joke in Melbourne last weekend.

Any ex-pat North American who witnessed the game thought it was a complete joke. 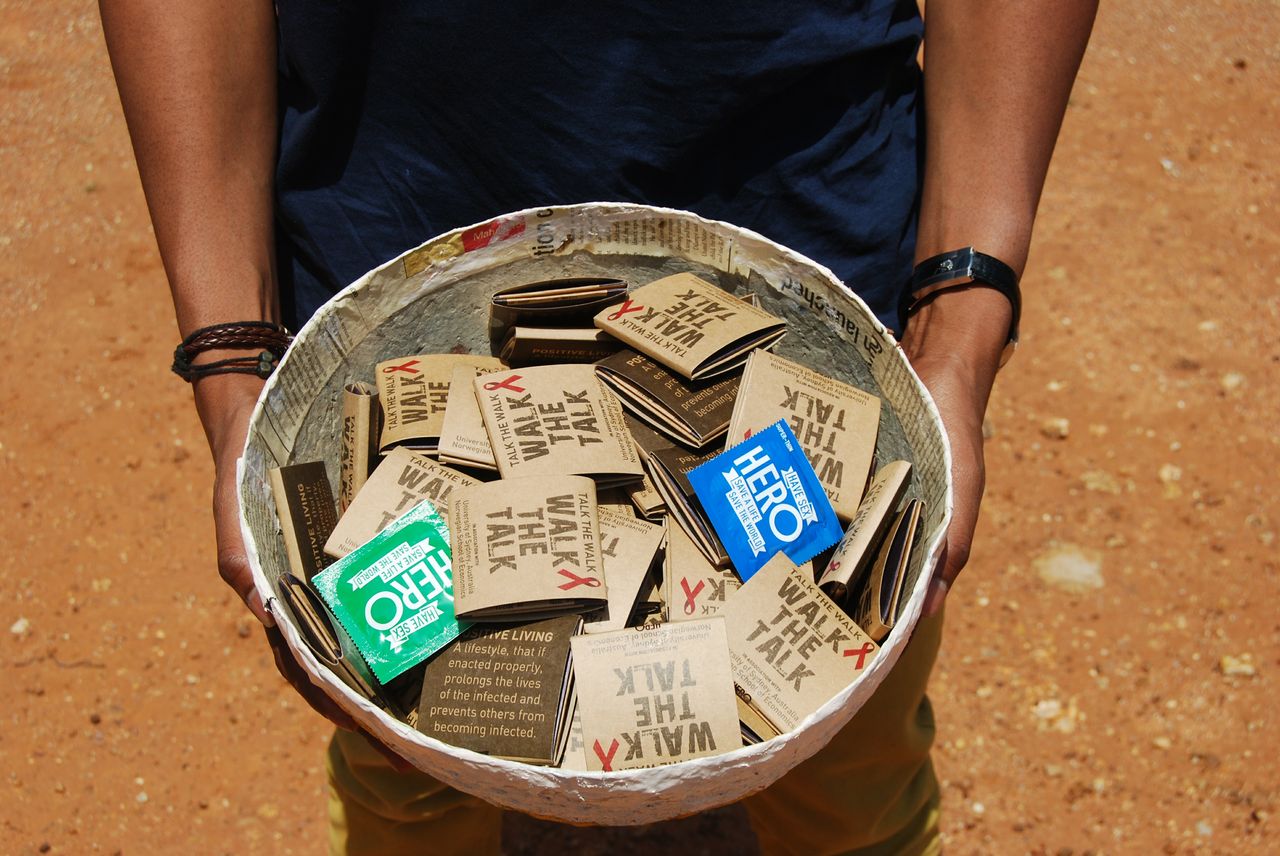 Australian startup, HERO Condoms, is today rolling out in stores across the country. HERO Condoms aims to help end the AIDS...
© Onya Magazine 2009 - 2021
Back to top