Does Peter Alexander know how to pack a whole lot of fun and frivolity into one fashion show? The answer is heck yes.

In another Lunch Time Series show, this time held at City Square, an army of models wearing fluffy mules paraded Peter’s newest collection. While the collection as a whole can only be described as all things ultra-feminine and playful; pinks, florals, ribbons, ruffles and lace, it was broken down into five key themes: 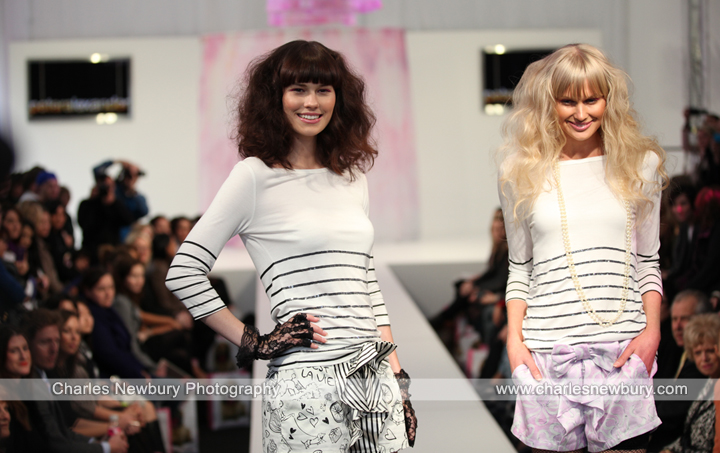 The runway took a trip to Paris with everything French-inspired making its way down. Sequined Eiffel Towers, navy and white nautical themed long-sleeved tees and pants patterned with iconic symbols of France were a Francophile’s delight. Sensual silk chemises and lace trimmed nighties finished up this collection that left me dreaming of Paris. 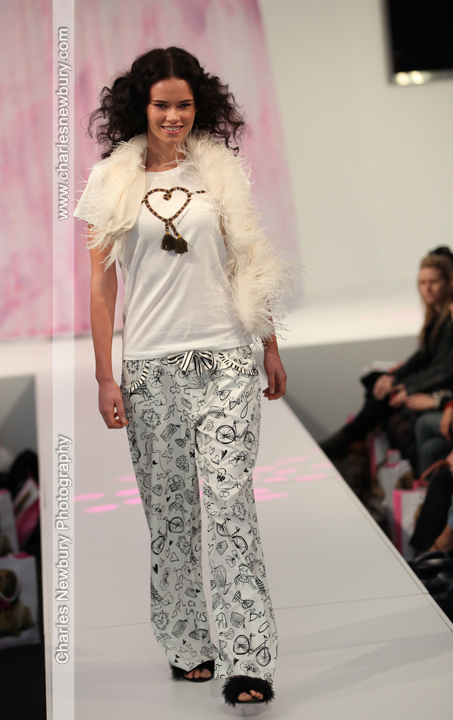 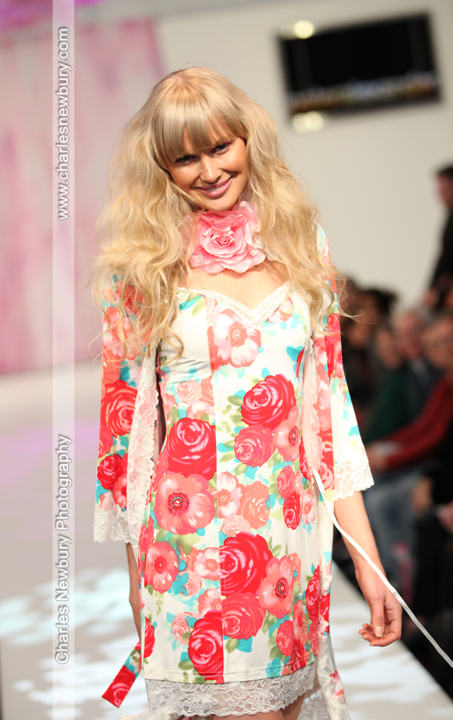 A modern take on retro floral designs and cuts was the concept behind these looks. Think Sandi and the gang from Grease at their PJ party; soft florals on pale striped backgrounds made for delightfully pretty crisp cotton pieces, including a 1950’s inspired take on the brunch coat, nightgown cardigan. Clashing bright florals brought the theme towards the future while baby pink gingham sets kept it innocently sweet and girly. 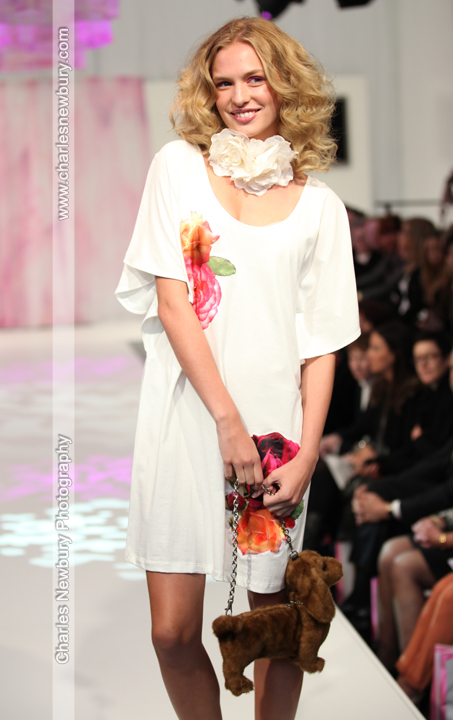 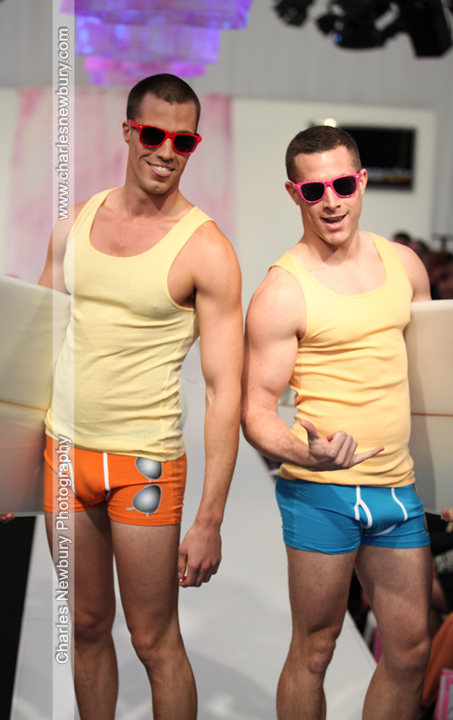 Peter went right for Onya’s heart with the last half of his show, featuring all things Australiana. A new baby blue interpretation of the Australian flag was splashed on both men’s and women’s pyjamas, with grey-marle oversized tees bearing the catchphrase ‘Aussie Aussie Aussie’. Draped bust lines were heavily featured in this segment, along with Aboriginal art inspired patterns and bright graphic prints representing aspects of our flora and fauna – the rainforest and a butterfly’s wing print. Wear it with pride! 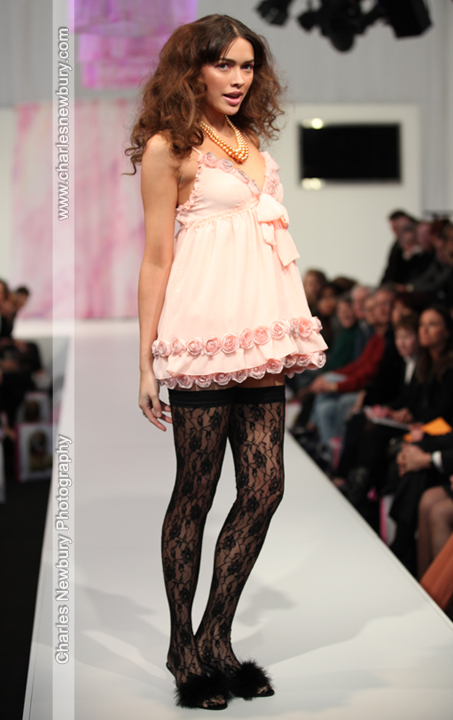 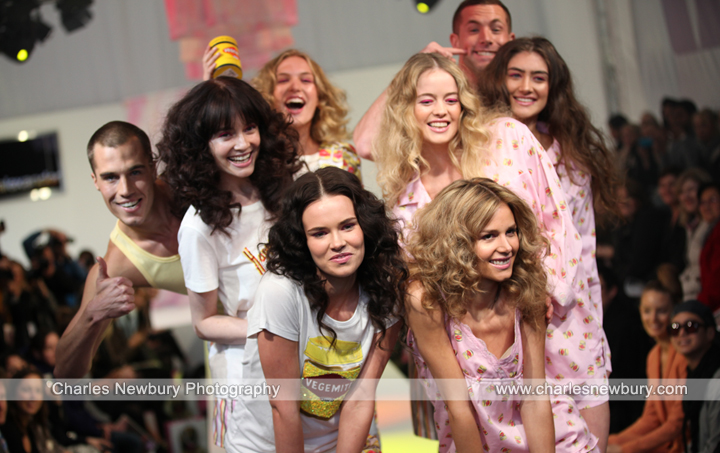 Forever an icon of Australia, Vegemite has found its way onto our pyjamas (and not just in the form of spilled brekkie) with Peter Alexander’s collaboration. Sequined jars of Vegemite were the main focus of oversized t-shirt nighties and the classic button up pyjama was dotted all over with smaller jars. There were plenty of options for both women and men; you’ll just have to find the pair that puts the rose in your cheek. 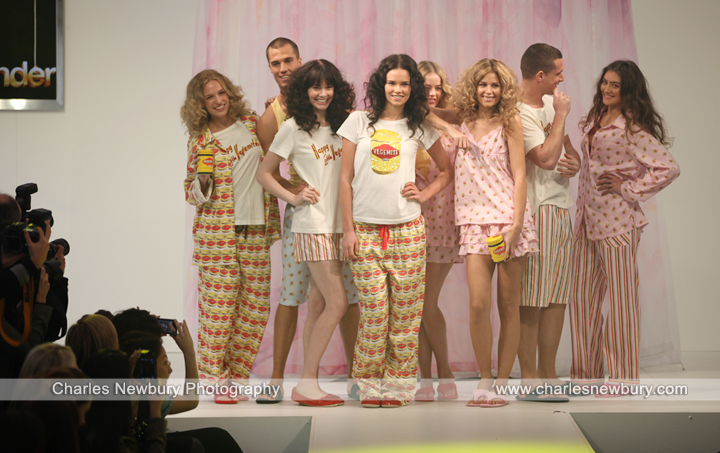 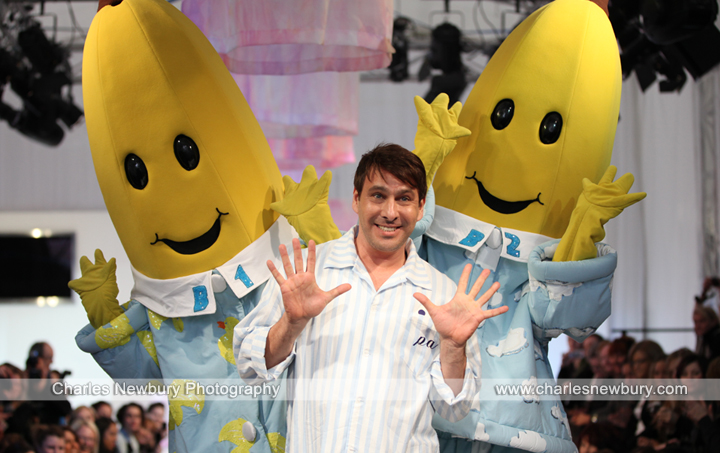 Everyone’s favourite childhood bananas, B1 and B2, made a surprise appearance at the show with the PJ King himself – Peter. I grinned from ear to ear and clapped along as they skipped along the runway and hammed it up in all manner of poses for the cameras. Models came out to parade the playful and bright collection, with B1 and B2 appearing amongst watermelons and other fun items on PJ legs, then the classic blue background hosted multiple B1 and B2’s. So cute and fun, you’ll wish you were still home in time to catch B1 and B2 up to their silly antics. 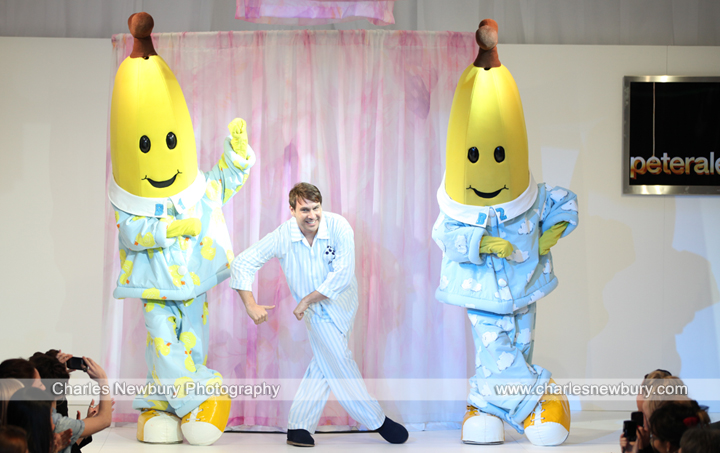 The incredibly entertaining show managed to cover all of the Spring/Summer trends and then create some of its own. There’s no denying that everything feminine and flirty is back and not going anywhere for some time, so embrace ruffles, ribbons, lace, florals and revel in the ultra-feminine styles Peter has created to make us girls feel a million dollars – even in our sleep. 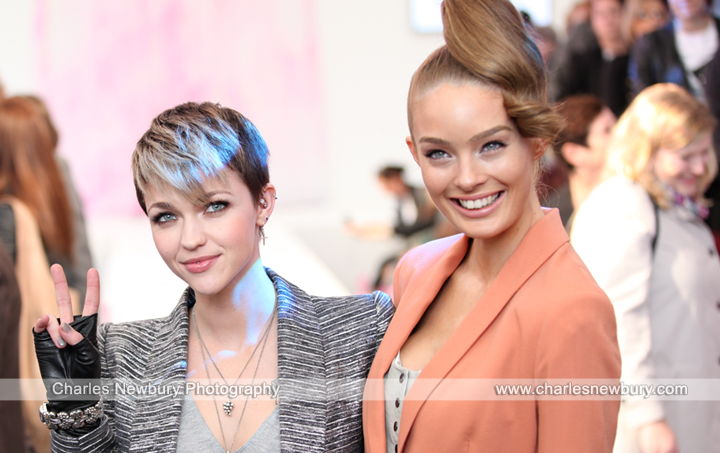 Get Luminious with Bloom

Get Luminious with Bloom

Winter all but ensured that my days of (faux) sun kissed glow were well and truly replaced with an exceeding pale, dull...
© Onya Magazine 2009 - 2020
Back to top