As part of the official Melbourne Spring Fashion Week calendar, the Queen Victoria Women’s Centre held an eco-fashion event that inspired discussion and debate about the challenges involved in producing sustainable fashion. Green is the New Black explored the principals that are being applied by those leading the way in eco-friendly fashion, leaving guests with thought-provoking information on how they should consider consuming fashion.

Designers on the discussion panel included Tiffany Treloar who is working on standalone collection PROJECT 332, and Adele Palmer and Lane Palmer of Lane Palmer Green. Each designer expressed a genuine concern for the future of the environment with “throw away” fashion on the rise but were equally optimistic about the ways in which we can move forward in a positive way.

Ms Treloar’s ambition in green fashion is to make garments as clean as possible. “I want to make a clean product,” she said after explaining that fashion is one of the dirtiest industries in the world where up to 8,000 chemicals are typically used to create a single garment. Lane Palmer’s approach to environmentally friendly fashion follows a similar stance with most of her designs using natural dyes and organic fabrics. She described green fashion as “something that uses minimal chemicals and has a low impact production process.”

But the biggest challenge lies in educating the consumer and raising their awareness on the issue. All panelists agreed for a push in being able to give people the education on how to sustainably consume fashion. Ms Treloar explained that Australia is lagging behind, in comparison to Europe, by almost ten years. This poses a tricky situation when trying to source local producers of fabric admitting that the last thing we want to do is sent it over on a plane from overseas, thereby adding to carbon emissions and defeating the purpose of being kind to the environment.

The other complexity is the cost of eco-fashion. Natural dyes and organic cottons are more expensive thus increasing the cost of such garments. However, the assurance for the consumer will be in purchasing a long lasting piece and knowing that someone was paid an adequate wage to make the clothing. Adele Palmer believes that if consumers knew about all of this, they would change their attitude but says we still need to make it much more obvious to the consumer about the trouble involved in producing a green garment. Whether this lies in education, advertising or over-sized swing tags to grab the customer’s attention is yet to be determined but the general consensus was that there will be an inevitable move towards fashion that offers a positive environmental footprint. “Sustainability needs to become more mainstream,” said Lane Palmer. 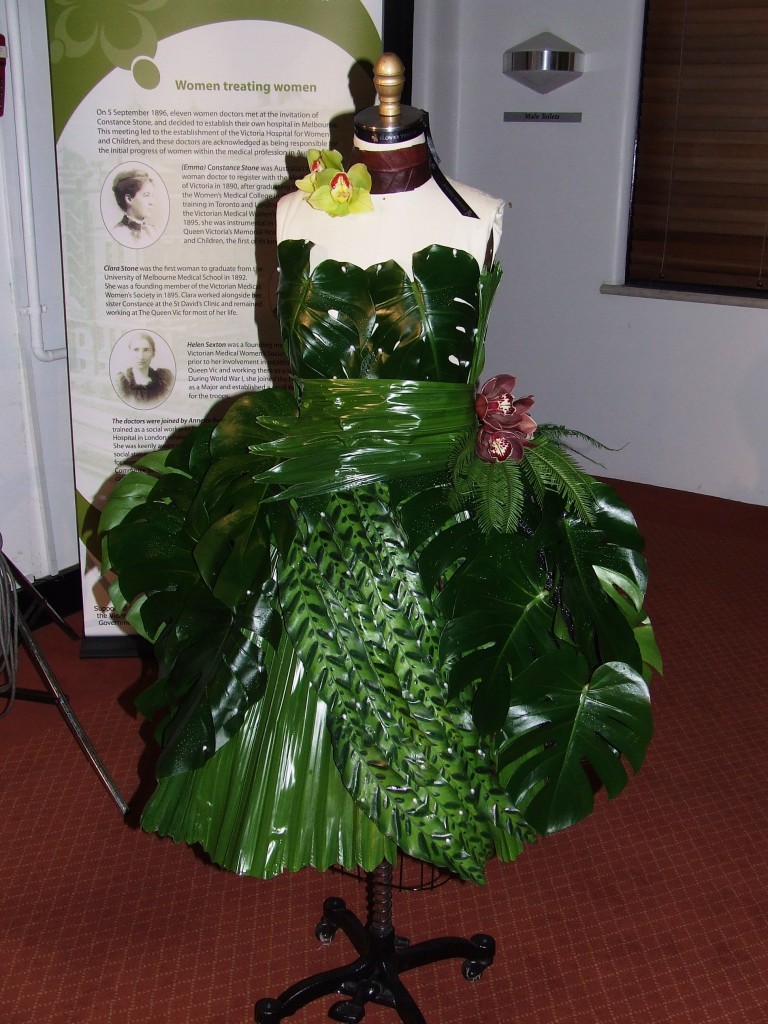 The key message revolved around purchasing for longevity, reducing waste and increasing consumer awareness of eco-fashion. Organic fabrics last longer and are less irritating to the skin, offering an added health benefit. Another factor to consider is the laundering of garments – a staggering two thirds of the fashion carbon footprint occurs in the washing and drying process post garment purchase. Purchasing fabrics such as organic cotton and hemp require minimal washing and can dry on their own.  “Be aware of your purchasing decisions with clothing,” said Lane Palmer claiming that we don’t always take these factors into consideration when buying garments because it’s heavily price and designer driven. Adele Palmer adds “if people could know about the green process then they wouldn’t want to buy anything else.”

The Yuva Philosophy: “To produce a skin care range that delivers outstanding results for the health and wellbeing of the skin,...
© Onya Magazine 2009 - 2021
Back to top