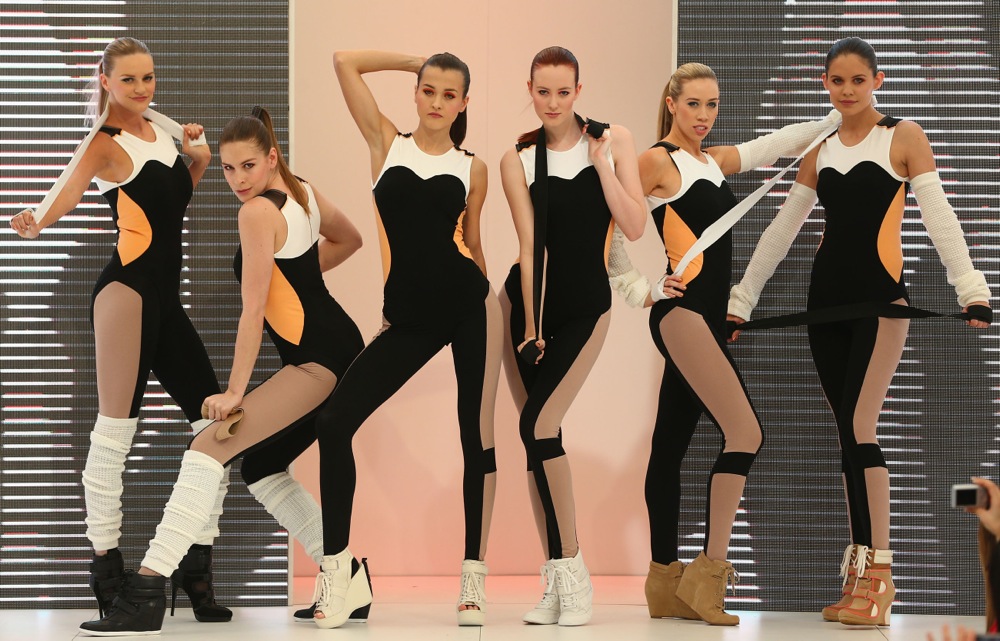 Another fashion week is over. While right now the urge to sleep and eat a lot of carbs is rather strong, I know that within 48 hours the withdrawal symptoms will kick in and I’ll scoff at the fact that my jeans are again making a thrice weekly appearance, alongside flat shoes and champagne I have to pay for.

Melbourne Spring Fashion Week 2012 marks my sixth year of festivities, and with it, the notion that perhaps by now I should know what I am doing. In the past, I’ve worked a full time job, often volunteered to work at the festival, blogged for myself and reported for Onya – all the while attending after parties and still managing a few hours of sleep every night – often at the expense of proper meals and my social life.

But such is the nature of fashion week; a full calendar of events that make me want to cancel my life to spend every waking moment perusing the clothes and styling of the coming season, critiquing what I do and don’t like and what I think I want to own. Or perhaps what I can afford. Melbourne Spring Fashion Week is unique in that what you see on the runway on Monday can be worn to lunch on Thursday, making it the ultimate consumer festival and a marketing dream for retailers. 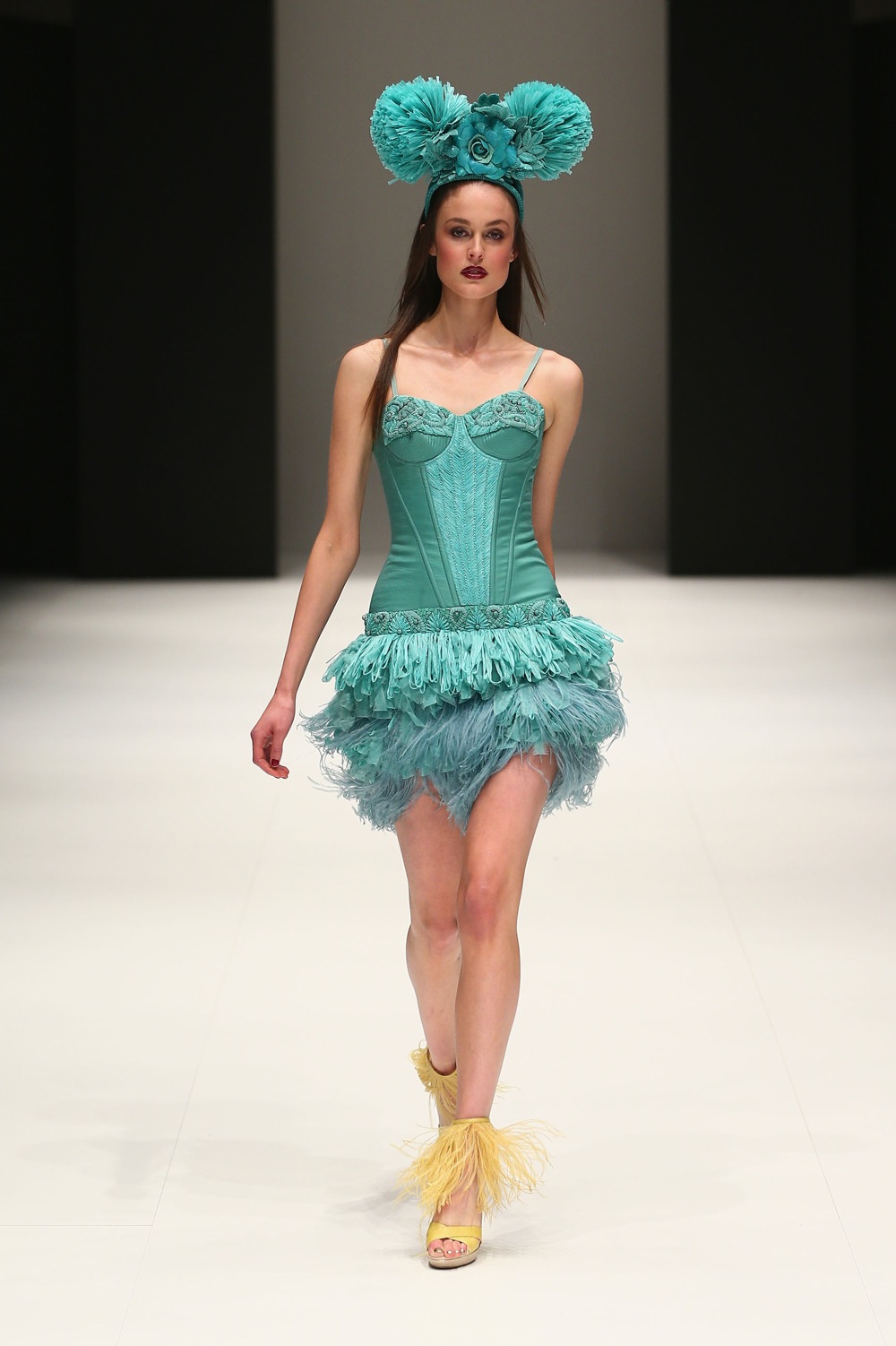 We kicked things off on Monday, initially finding it impossible to even believe that it’s September already, let alone fashion week. David Jones got pole position on the starting grid and presented a runway of spring racing outfits at City Square for media and passersby.

Of course I was running late for the noon kick off (having decided to work the morning) and arrived at the Melbourne Town Hall to collect my media pass mere minutes before the runway was due to start. Fashion Week organisers had clearly been in touch with someone in the weather department as the week dawned bright and sunny, and by the time I took my seat, I was just a little hot and bothered (never a good look at fashion week!) 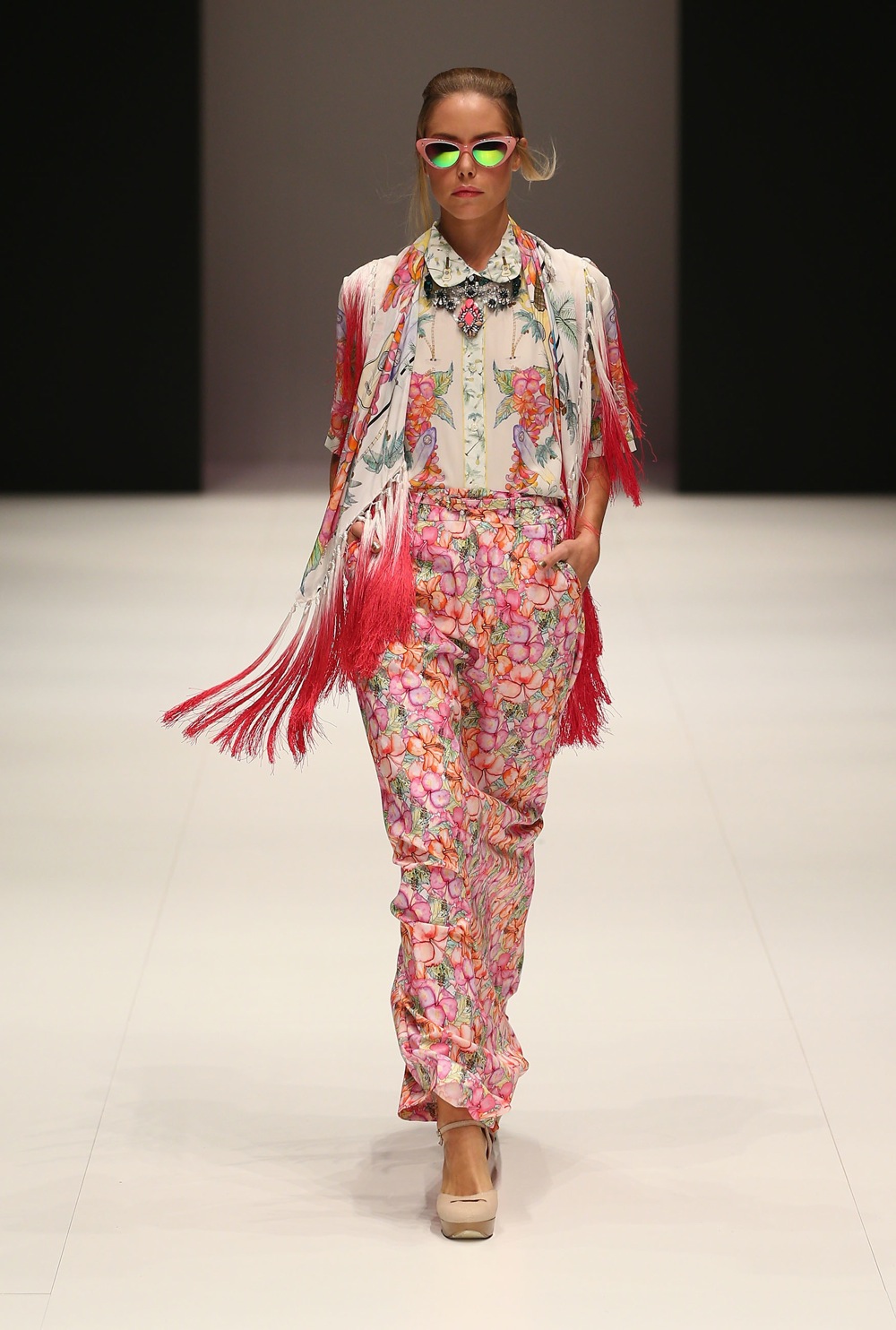 That afternoon, seated at a local drinking haunt for our monthly Writers’ Club get together, I pulled out my nail file to multi-task – who says you can’t file and have a meeting with your Editor at the same time?

Tuesday bulged full of meetings and ‘real’ work, before that evenings opening parade at 9pm. Also a novelty to have time to eat a proper dinner before the show, I started getting ready close to 8pm – something I never would have thought about in years gone by. My chauffer (aka: the boyfriend) offered to drive me into the city and pick me up (no trams and taxi’s in heels! Hurrah!) and I arrived at the show at 8.45 with plenty of time to find my front row seat and chat to fashion sisters and misters I hadn’t seen in a few weeks.

That electric atmosphere filled the air and as the lights dimmed and the MSFW promo video started, that familiar feeling returned – it had been a long time between fashion shows. 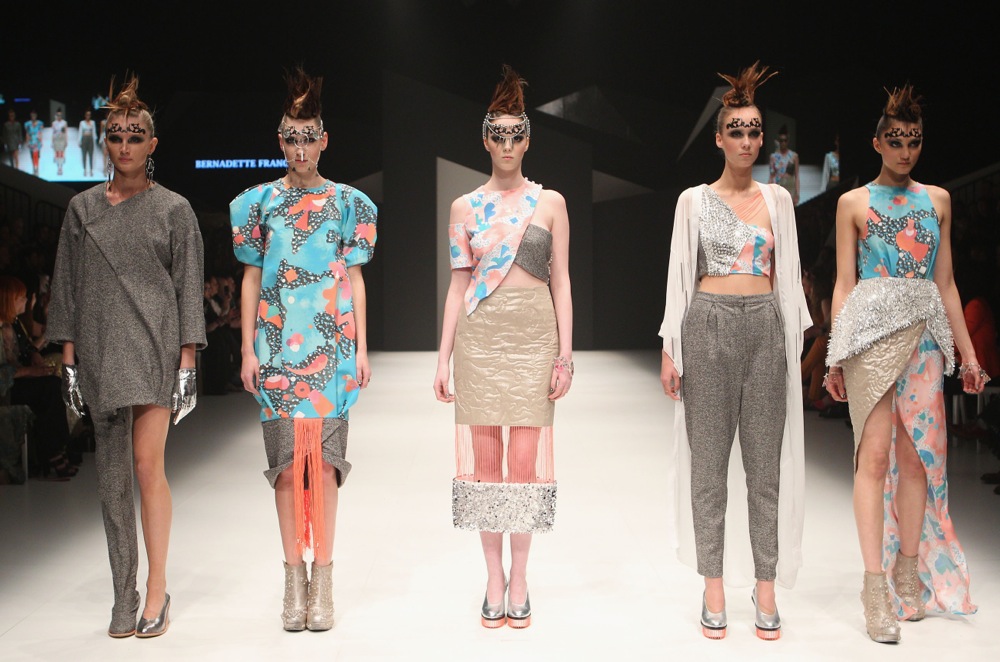 The designers listed for the opening night show were the crème of the crop of Aussie fashion; a list worthy of a closing night spectacular. Aurelio Costarella, Christine, Gwendolynne, Ellery, Lui Hon, Maticevski, Michael Lo Sordo, and Scanlan & Theodore were dazzling with their elegance and craftsmanship. Gwendolynne was a favourite, featuring headpieces by Richard Nylon, taking everyone’s breath away with her spectacular gowns and intricate beading and pleating.

Tuesdays late night was offset with an early morning Wednesday, attending the Business Breakfast at 7am. The topic of the day was ‘The next level of consumer engagement’, where speakers Rod Farmer and Mark Hodgens talked about the emergence (and prominence) of mobile marketing and digital interaction for the future of retail.

After heading to the office for a few hours, I planned a fashion week meet up with stylish people James, Geoff and Emily. Over espresso martinis, we discussed the presence that evening of the PETA group, protesting the use of fur in the AW12 Arthur Galan collection. The protest was relatively peaceful – simply making their presence known – but was still unnerving. 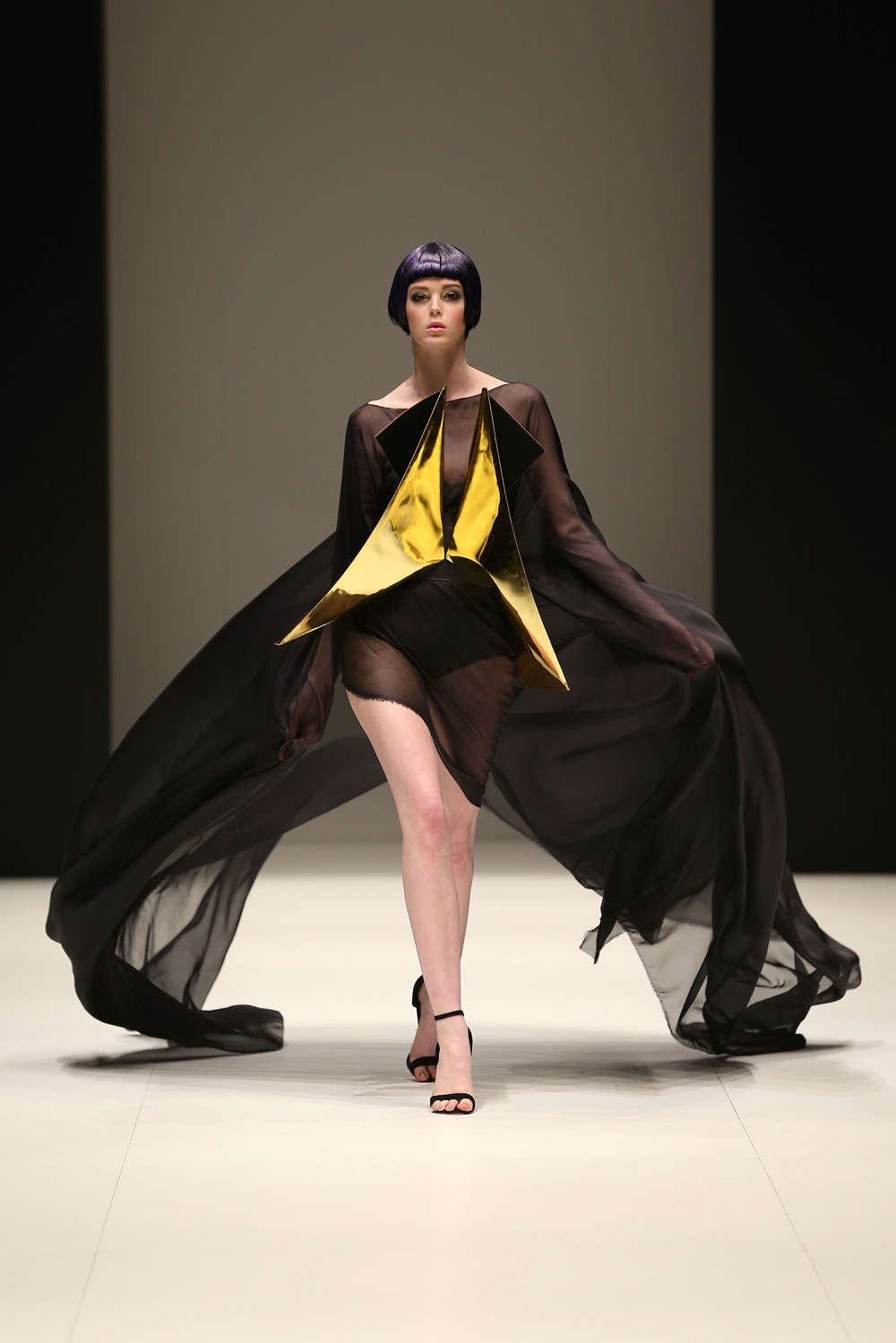 Alice Euphemia, Above, Arthur Galan AG, Carly Hunter, Jayson Brunsdon, LIFEwithBIRD, Manning Cartell, Thurley and YB J’Aime produced entirely wearable collections for the warmer months, with a strong focus on lemon tones and florals. By the time I got home, exhausted, I went to sleep dreaming of floaty maxi dresses and lace.

The lunch was a fabulous way to pass a few hours, and a delight to see so many people dressed in their Spring Racing finest to launch the coming season at Flemington. But as a fashionistas work is never done, it was home to squeeze in some real work before heading to a scarf workshop in Elwood – who knew there were so many ways to tie your neckwear!

Friday presented a massive dilemma – fashion, or football? Having missed the Hawthorn vs Collingwood final last year because of an eye operation, I felt my decision had been made for me. I’d been given a second chance. The football was, of course, icy cold and wet, but so worth it to see the Hawks take the win and proceed to enter the next round of the finals.

Saturday presented a similar issue; final night of the festival, or the wedding of my partner’s friend? Of course the decision was easy, and the wedding was a fashion event in itself.

And then, just like that, another fashion week was over. It wasn’t as hectic as other years have been – I certainly didn’t attend the volume of events I have in the past – but perhaps only seeing half the quantity of shows has given me a better appreciation of the events I did attend. There were no after parties; no hastily organised dinners with those who happened to be in the city, and no scarily late nights writing until all hours. I didn’t sit at my desk like a zombie and my diet didn’t suffer. I won’t deny I missed the frantic running around and social side of the week but while I sit here and reflect, I still believe fashion week to be one of my most favourite times of the year.

Only six months until L’Oreal Melbourne Fashion Festival in March! 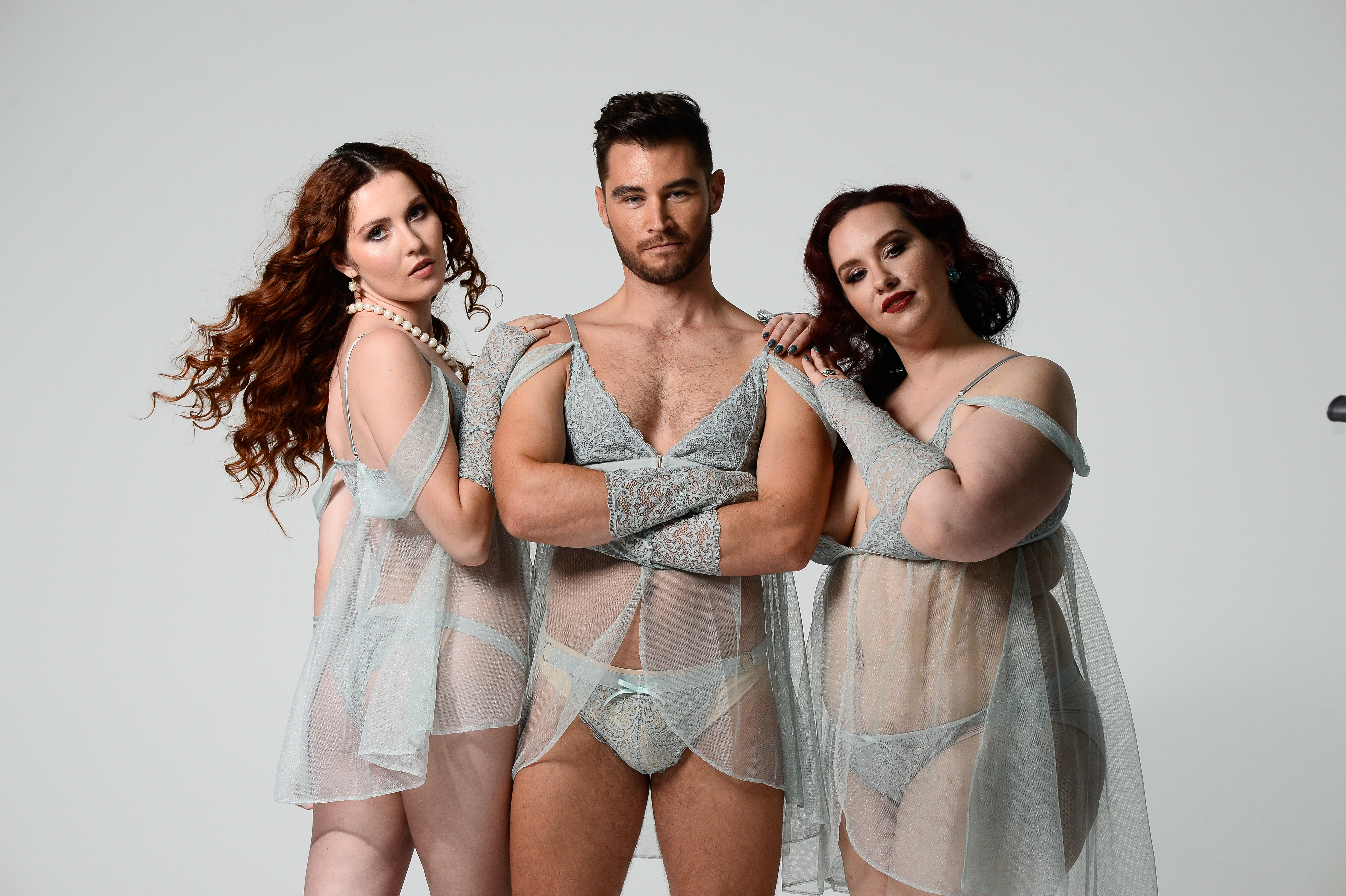 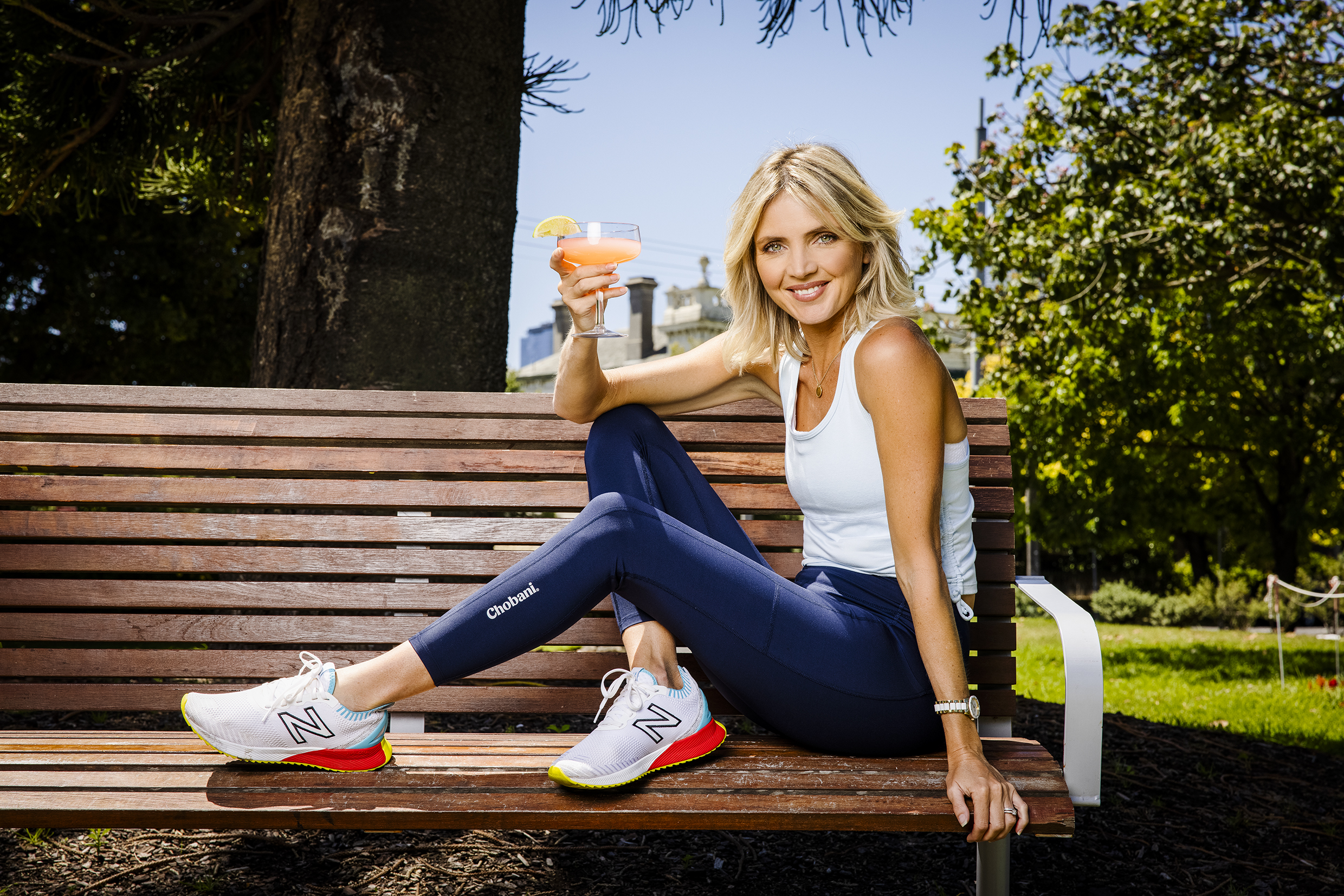 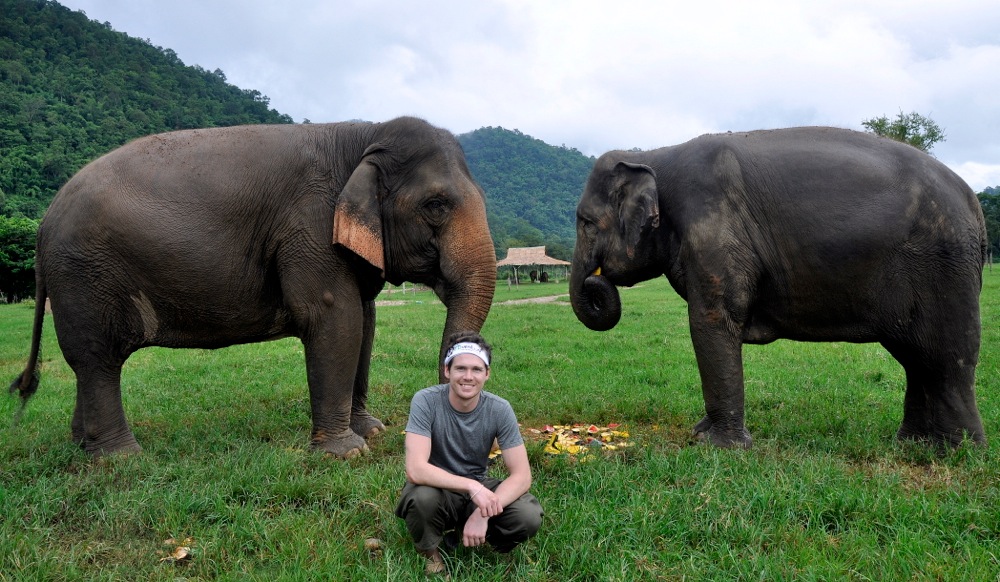 Chris Abfalter is the co-founder of EDventure International, a group that operate volunteer and education programs in Cambodia,...
© Onya Magazine 2009 - 2021
Back to top