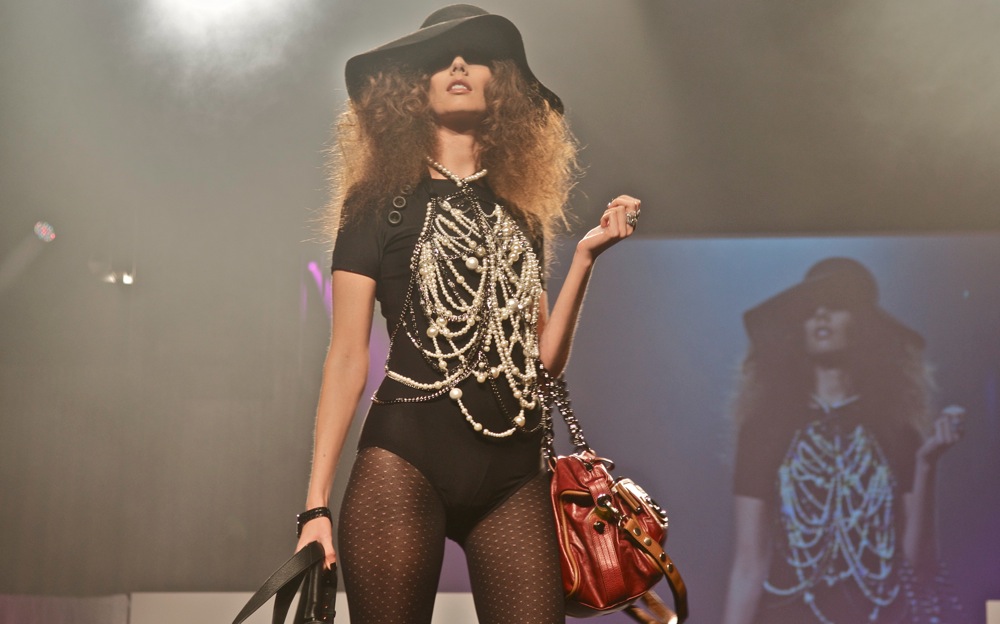 On Friday night, I slept for twelve hours. After a full week of fashion, fun and fabulousness, twelve hours probably still doesn’t cut it, but it’s a start and I am well on my way to recovery.

Fashion week means many things to many people. For some, it is an escape and an excuse to indulge in the luxurious side of life. To enjoy champagne with friends and ohh and ahh over the gorgeous pretty things that parade the runway in clothes they can neither afford nor have anywhere to wear.

For others, fashion week is the pinnacle of their year, a window to the life they wish they lived and an opportunity to pretend, if just for one week, that they belong in a world of this nature.

I think I probably fall somewhere between these two. No Alex Perry gowns will adorn my wardrobe, but during fashion week I come into my own – I come alive – while the festivities happen around me. 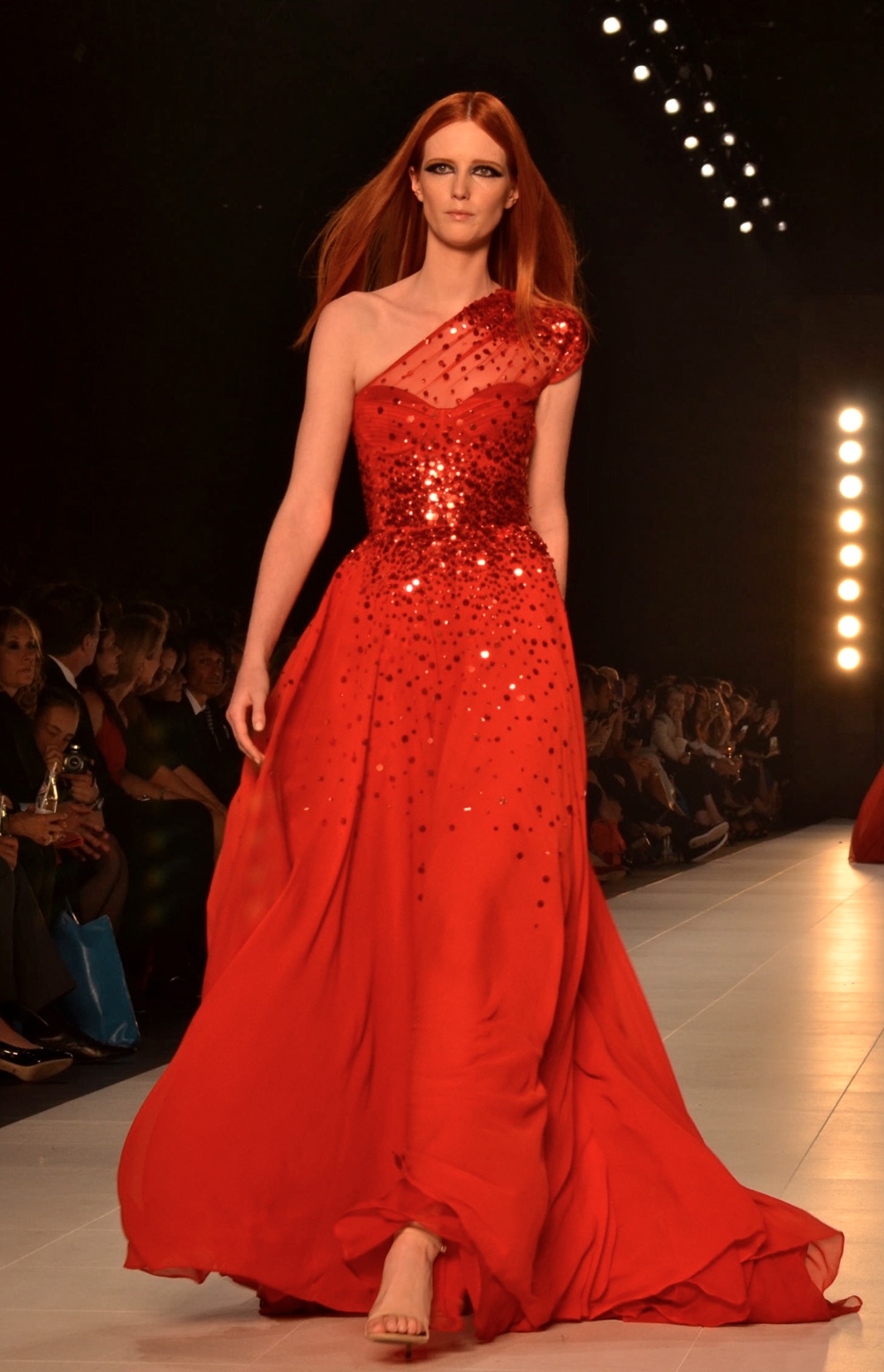 As fashion editor for Onya Magazine, I am privileged to be in attendance at many of the events, but this is no free ride. Often it means early mornings and late nights, spending more time tweeting or writing than enjoying the magic of the event and generally staying sober enough to do your job when you get home at 11pm.

In addition to writing for Onya, I work at the festival as an event assistant, managing business speakers, preparing staging and rooms for ticket carrying guests and ensuring a powerpoint presentation runs to time and runs correctly. It is a week of high pressure, little sleep and bottomless coffee but as I reflect on LMFF 2012, I still wouldn’t have it any other way.

After opening just over a week ago at the spectacular block party at Central Pier, Docklands, LMFF continued to present gorgeous parades and stimulating business events for the next seven days.  Sure, there was controversy – the Vogue parade on Tuesday night showed models walking without their shoes – but the show must go on and so it did. 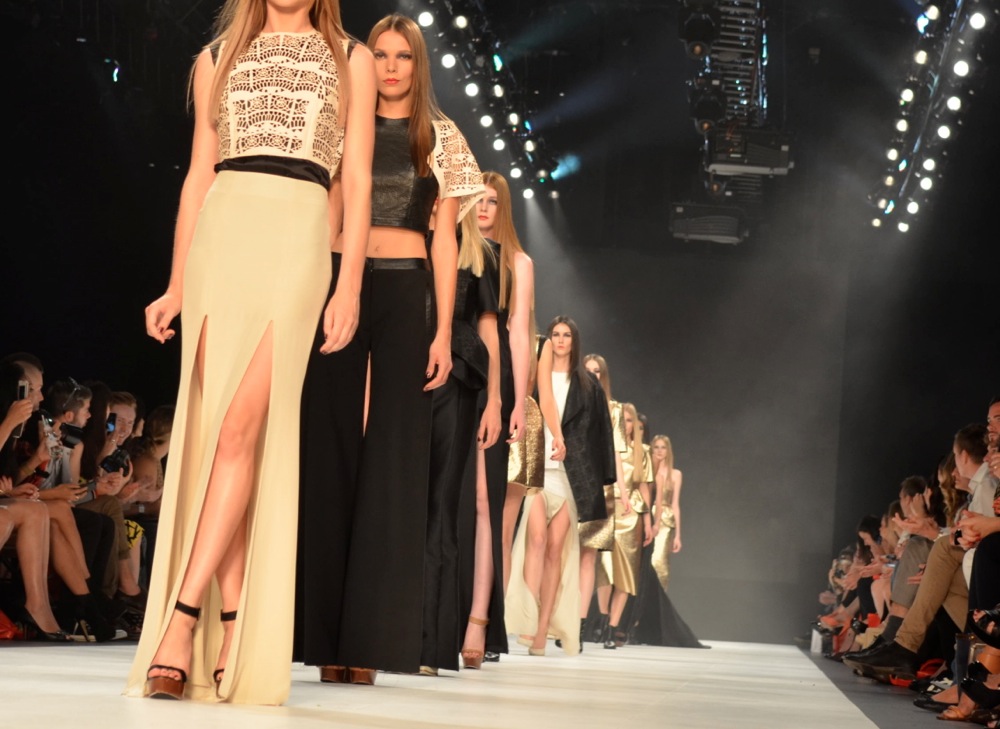 One of the speakers at the business events held late in the week implied that the next big thing in fashion would not happen at fashion week, but rather would take place on the internet; a statement I feel there is truth to. However, this does not take away from the excitement you can’t help but feel when the lights go down and the music starts vibrating your chair.

One of my favourite parades of the week took place on Monday night and included Christopher Esber, Dion Lee, Ellery, Gary Bigeni, Josh Goot, Magdalena Velevska and Therese Rawsthorne. These are labels that over my recent years in the fashion space I have watched grow and succeed – such a thrill to see the Aussies doing such an amazing job.

The highlight was anything Ellery sent down the runway in gold, also one of the strongest trends to come out of LMFF. Her dresses – both long and short – shone and gave consumers a glimmer of hope in less than strong financial times. A luxe colour can represent positivity in a depressed economy and in this case, it hit its mark. 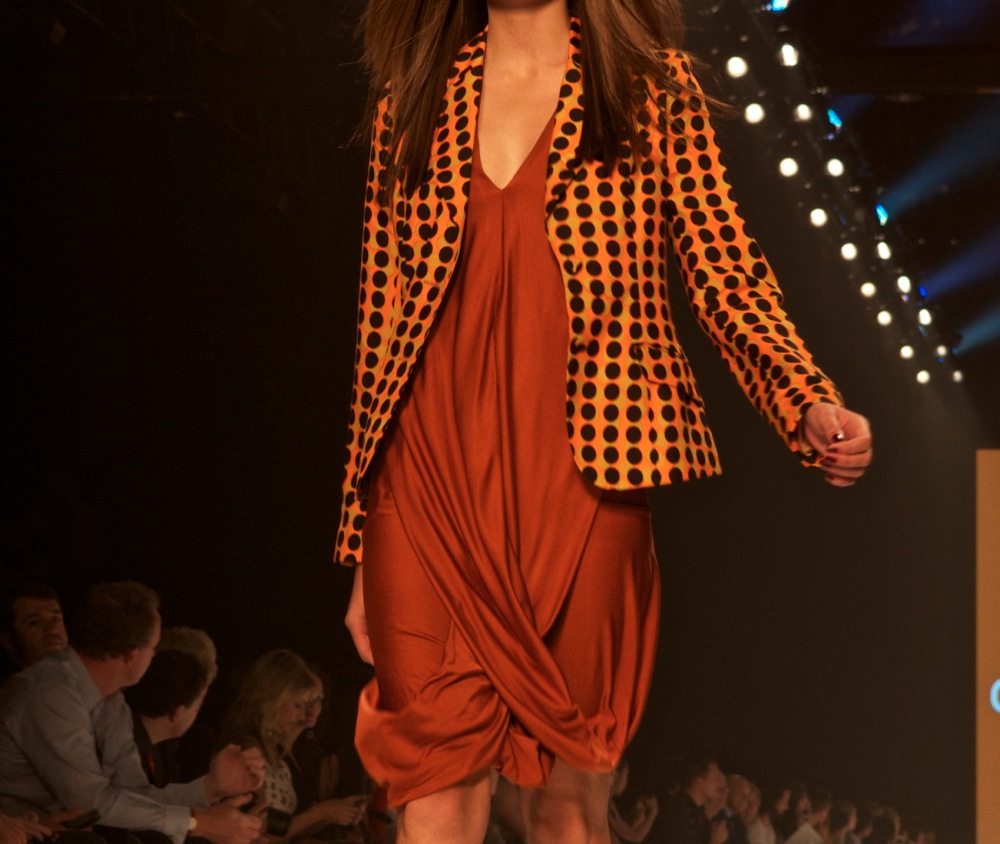 Traditional draping and jersey from Gary Bigeni and structural pieces from Dion Lee and Josh Goot reinforced that these guys know what they are doing and do it well, while brights from Magdalena Velevska will bring more colour to a winter that seems to have already kicked off.

The following evening we gathered for Joveeba, Rodeo Show, Shona Joy, Talulah, Wayne Cooper and White Suede. Many new labels for me, but stalwart Wayne Cooper opened the show and White Suede closed, ending on a high note with highlighter green and desert printed skirts.

The parade was reminiscent of the seventies with autumn tones and aviator sunglasses giving the labels a ‘Route 66’ feel. Orange was the key colour of the night – a bonus for me who is lucky enough to be able to wear the coveted hue.

As the week continued to thrill and impress the fashionistas who turned out night after night to peruse the new season wears, the business events run during daylight hours were nothing short of amazing. Speakers from all over the world were invited to present to the Australian market about the happenings in the European and American fashion markets, an indication of what Australia can expect in the coming months and years.

A major focus was on digital and its impact on the fashion world; my favourite take out of the week being a comparison of the fashion industry to the music industry. The music industry essentially began to fail because of cost – people could obtain their music online so much cheaper than they could buying CDs. Fashion is beginning to go down the same road, mainly due to speed of delivery; consumers know what they want and they want it now – not six months after they have seen it on the runway.

This was reflected in a new initiative implemented by the festival in 2012, Shop the Runway. All the items seen on the catwalk over the week could be found on the LMFF website, then directing a consumer to the location of that item anywhere in Australia. 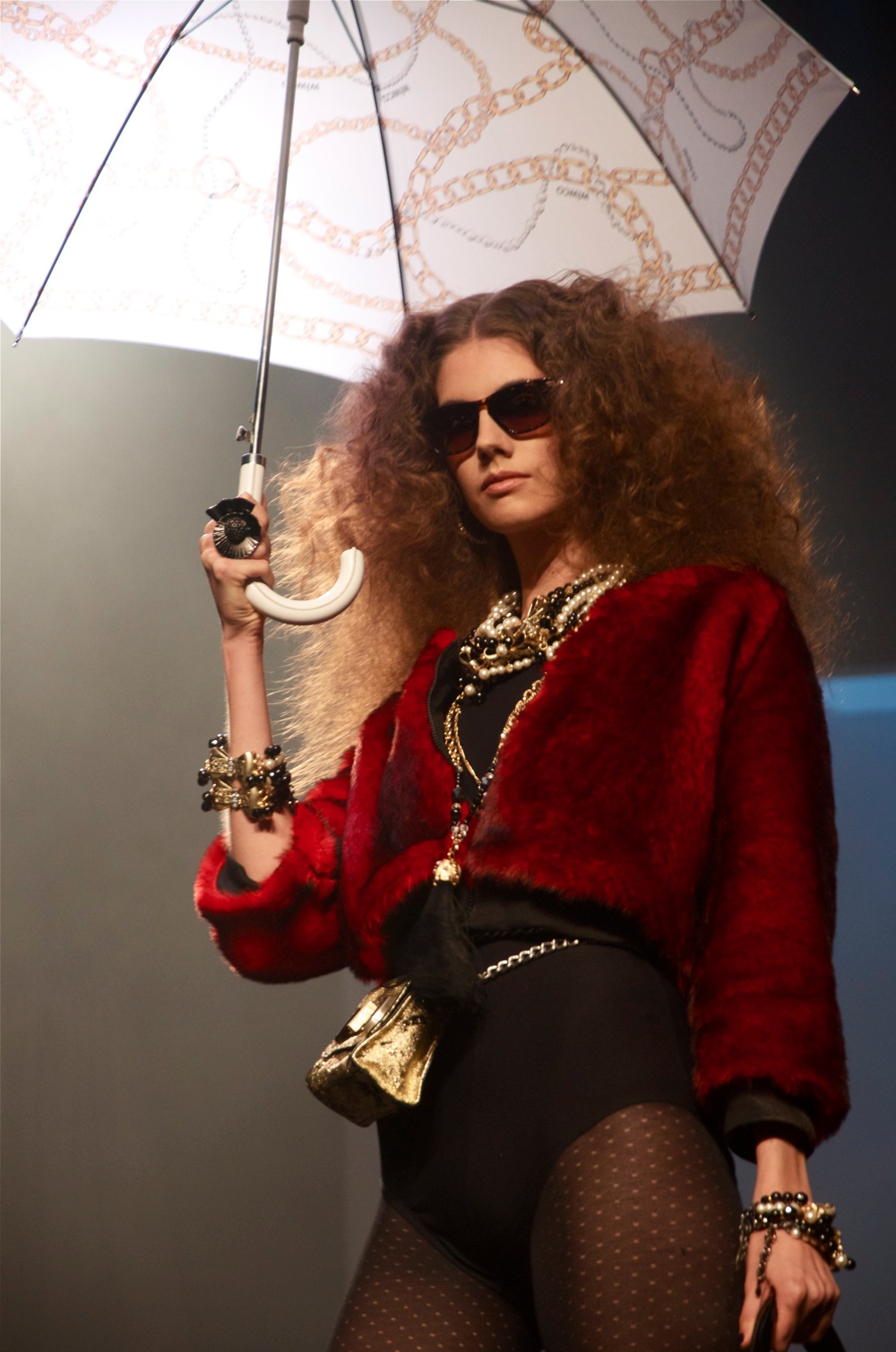 The L’Oreal Melbourne Fashion Festival again delivered in spades exactly what the consumer expects of this event – glamour, intrigue and that little bit of magic that makes the average girl feel like she is living a life of luxury and fabulousness.

After a week of living the high life however (literally, have you seen some of those heels!), it is nothing short of awesome to be lounging in shorts, a tee and thongs and hiding away for a little R&R. Fashion may be fun but for some, the fun really begins when you take the heels off. 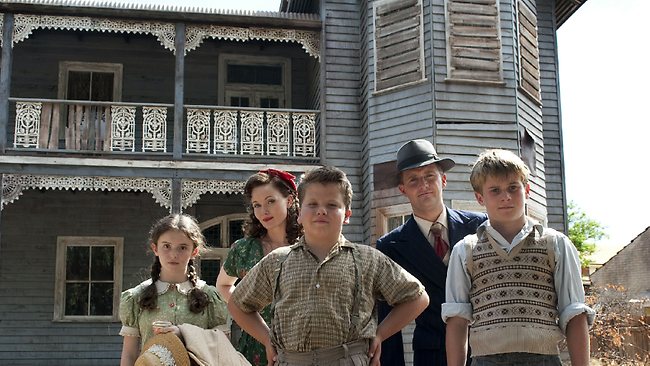 Cloudstreet is the kind of book in which nothing much seems to happen, but when you finish you wonder how the characters...
© Onya Magazine 2009 - 2020
Back to top