With just under two weeks until the L’Oreal Melbourne Fashion Festival kicks off, it’s time to pause for a moment and have a think about what the festival really means to Melbourne. Yes, the fashion is the centrepiece – it’s certainly the reason I go – but what about the wider audience? Who else comes from far and wide to see Melbourne on show? 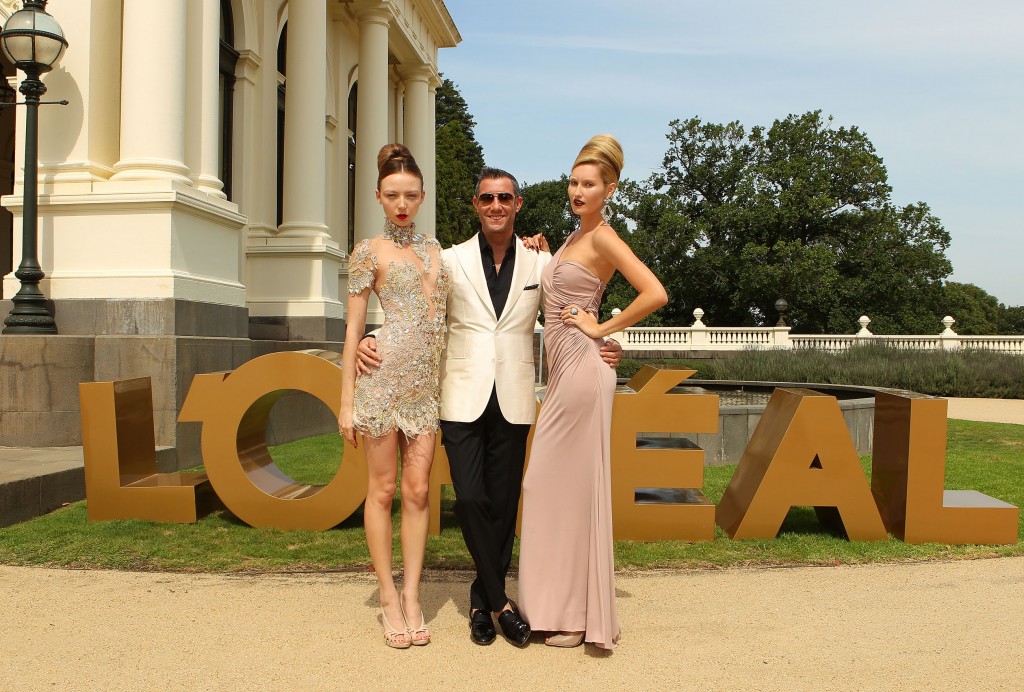 This year, they will come not only to see the clothes, shoes and accessories but also the music, dance and excitement that makes the L’Oreal Melbourne Fashion Festival the largest consumer fashion event in the world. New creative director for 2011, Grant Pearce, says the festival is no longer just about what we will wear next season, but a celebration of Australian talent.

‘This was a small friendly event that has become a real business. We support industry and new designers but also to encourage consumers to be involved in retail and get excited about the event.’

In 2011, the festival has made a number of changes – positive ones – that allow Grant to put his stamp on the event (and a big thanks to Karen Webster for the past five years) and move with the times. This includes the spectacular launch event planned for opening night – a fusion of fashion and music with a few surprises on the way.

Enlisting the help of stylist Michelle Jank and former Vogue Australia editor Nancy Pilcher, Fashion Full Stop is touted as a fusion of music, fashion and dance. Grant claims it will be ‘huge’ and celebrate Australia like never before. Sixteen dancers, thirty models and hundreds of crew (with more to be announced) will join the likes of Josh Abrahams, ballet dancers and a who’s who of the Australian music scene for a theatrical event covering over 50 years of Australiana.

Over 7000 garments in all shapes, colours and sizes have been submitted to form part of a designer retrospective where labels whose outfits have never graced the catwalk together before will walk side by side and celebrate every era – intertwining today and yesterday – representing all of Australia with a twist.

This very different fashion experience also shows how relevant the fashions and music of the past are today while proving once again that everything old is new again. ‘It’s a pretty big show’ says Grant. ‘Actually, not a pretty big show, just a big show!’

Grant also mentions the importance of the business events to the festival and how the LMFF Business Seminar and Marketing Breakfast are now world renowned. This year the festival has again drawn a number of brilliant speakers to share their opinions and knowledge to Melbourne, including Jefferson Hack who will be talking about the future of communications – especially in the online space – and magazines.

The two newest talents at luxury label Bally will be sharing their insights and bring with them an installation of designer garments that will be displayed in the foyer of the Sofitel, allowing ticket holders the opportunity to touch and feel exactly why the Switzerland based label is as coveted as it is.

Previously known as the Independent Runway, the Offsite Runways, managed by Kate of Penthouse Mouse fame, will be hosted at Shed 4 in the Docklands – a space known for its back to basics approach (as opposed to the polished Shed 14 of Central Pier). This raw space will be transformed and feature Melbourne favourites Leonard Street, Alexi Freeman and Trimapee, together with new finds, among others. Electronic outfit Hidden Suns will provide the sounds for the event with a soon to be announced band also taking centre stage.

The final point of note is the changes to the Menswear show. As in, previously there wasn’t really one. Grant’s vision for the festival encompasses everyone – fashionistas and boys in Bonds alike – and so the Menswear show will be introduced this year with a special international guest – Helena Christenson – who will grace the catwalk in a yet to be determined ensemble.

Inspired by Naomi Campbell walking in the Dolce and Gabbana show in Milan, Grant engaged Helena (who is visiting our shores as a photographer for a Specsavers campaign) to attract a wider audience. What better opportunity to put an international supermodel on an Australian catwalk? (And genius for the mens show!). Dancers will also be an integral part of this show, rather than the ‘filler’ act they have been in the past.

This years’ L’Oreal Melbourne Fashion Festival is not about fashion for fashions sake – the event has a purpose and will attempt to engage more than your girl on the street who aspires to wear Chanel while settling for Cue. The audience has a much greater scope and will enthral by being a visual experience.

Tickets are on sale now but will sell out. All can be purchased through www.lmff.com.au.

I’ve come to the conclusion that the world is, in no uncertain terms, screwed. I cannot remember the last time I received...
© Onya Magazine 2009 - 2021
Back to top