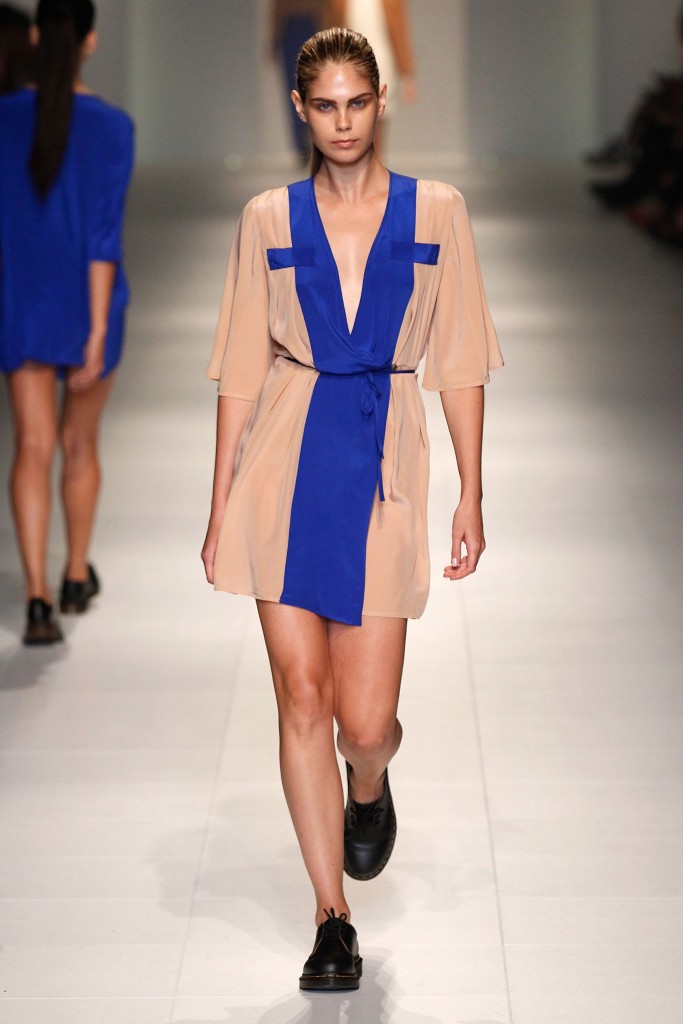 Opening night of the parades continued late into the evening, with Runway Two supported by Vogue not kicking off until nearly 9.30pm. Fashion shows are where the term ‘fashionably late’ was coined, after all.

Grant Pearce, festival creative director and Kirstie Clements, Editor-in-Chief of Vogue, welcomed the capacity crowd and congratulated Design Award winners Song for the Mute, who had been announced earlier in the day.

All the designers presenting for the Vogue show were in the running for the Woolmark Design Award and every single one deserved to win. 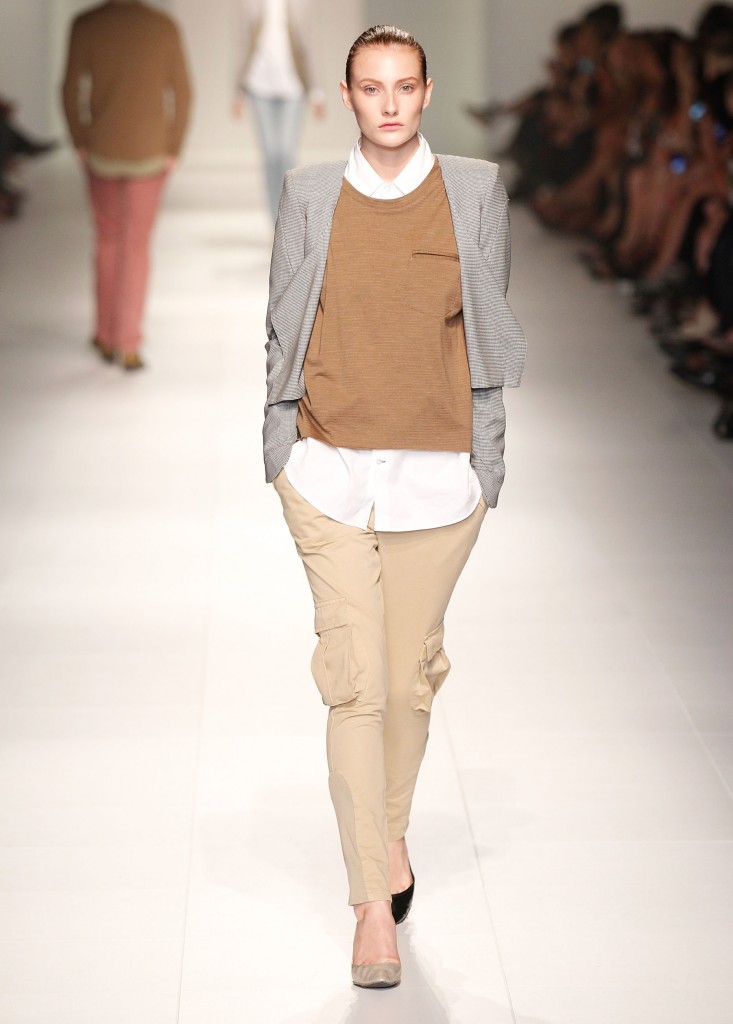 Showing the functionality and versatile nature of wool, opening designs by Bassike (who played a remix of Radiohead’s creep – love) were simple with layering in neutrals, tans and shades of green; lilac also played its part and male or female, you can be sure to be comfy in Bassike this season. 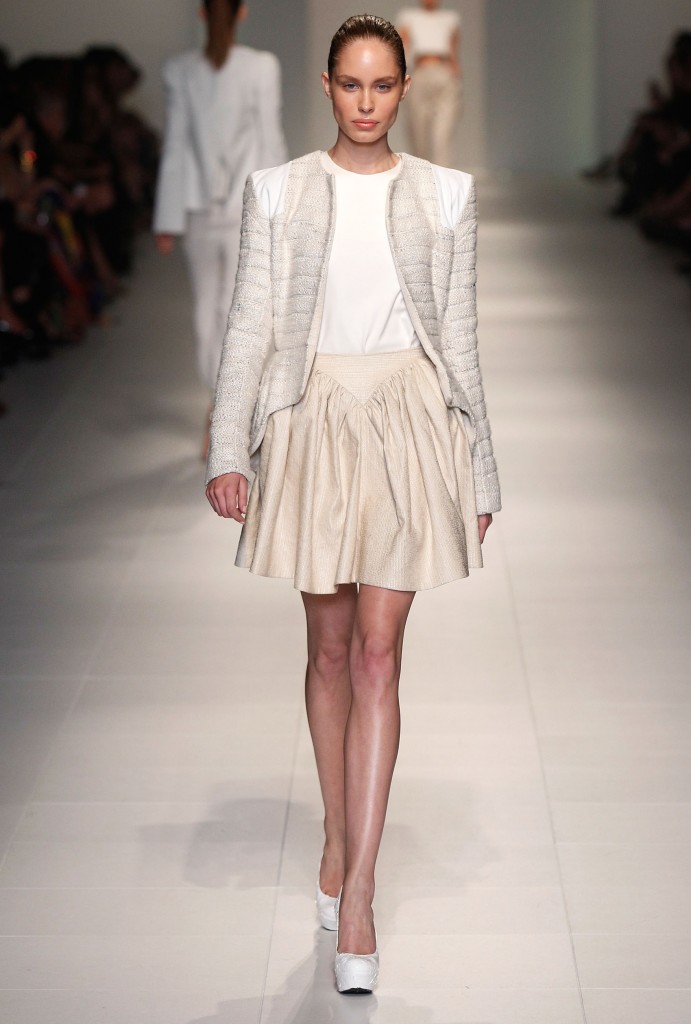 Ellery’s camel coat is a must have for the cooler months, wool dresses in pale pinks, blues and white cute and demure – a direct contrast to the theme song of True Blood playing the role of soundtrack. 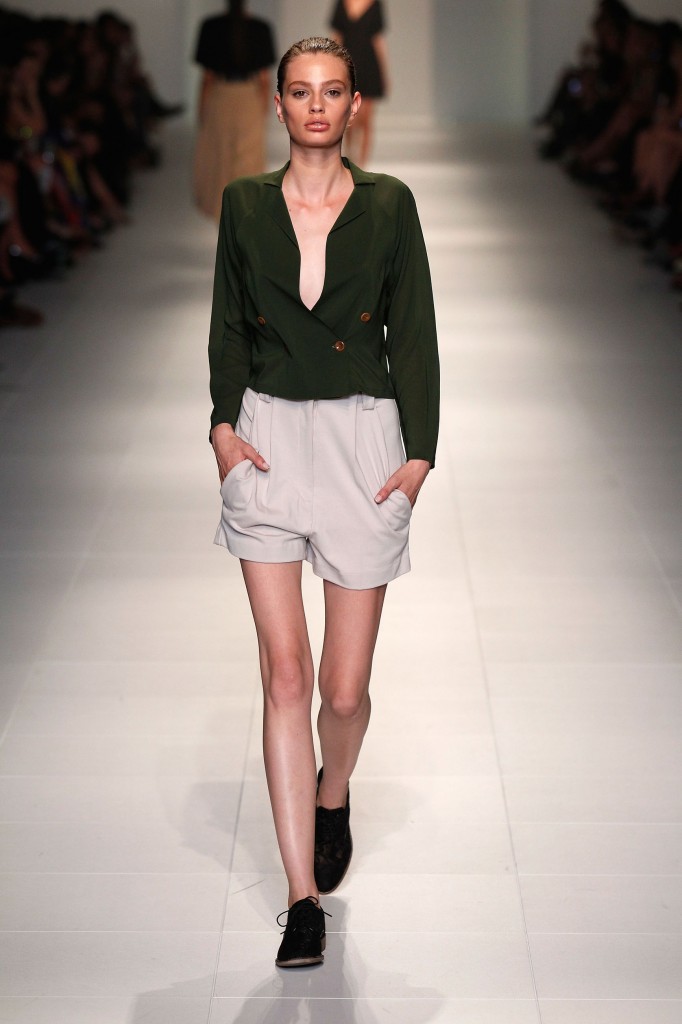 Newcomer Dress Up has a fabulous navy coat (I’m certainly going to be warm this winter!), simple classic shapes and colours and one of my favourite outfits of the evening – longish black culottes in wool with a demure cream top. Very first lady-esque, or perhaps fit for a new Queen to be? 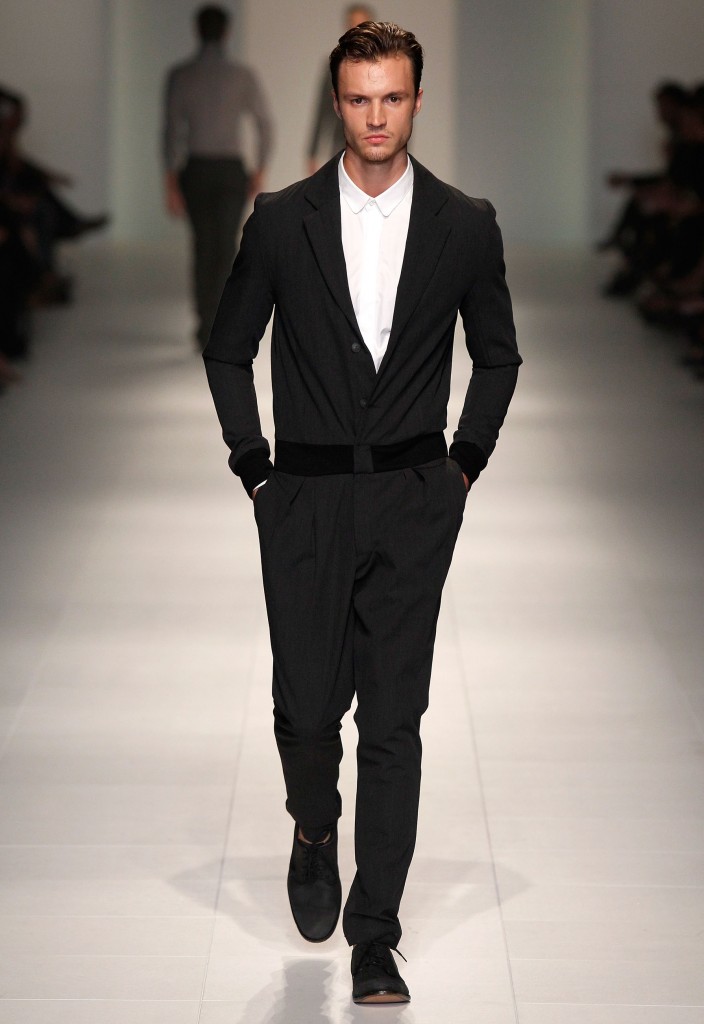 Boys in the hood From Britten PL featured scrunched collars and a piece from the ‘where would you wear that?’ cupboard, a male onesie that appears as though you are wearing a suit. Any boys out there keen? 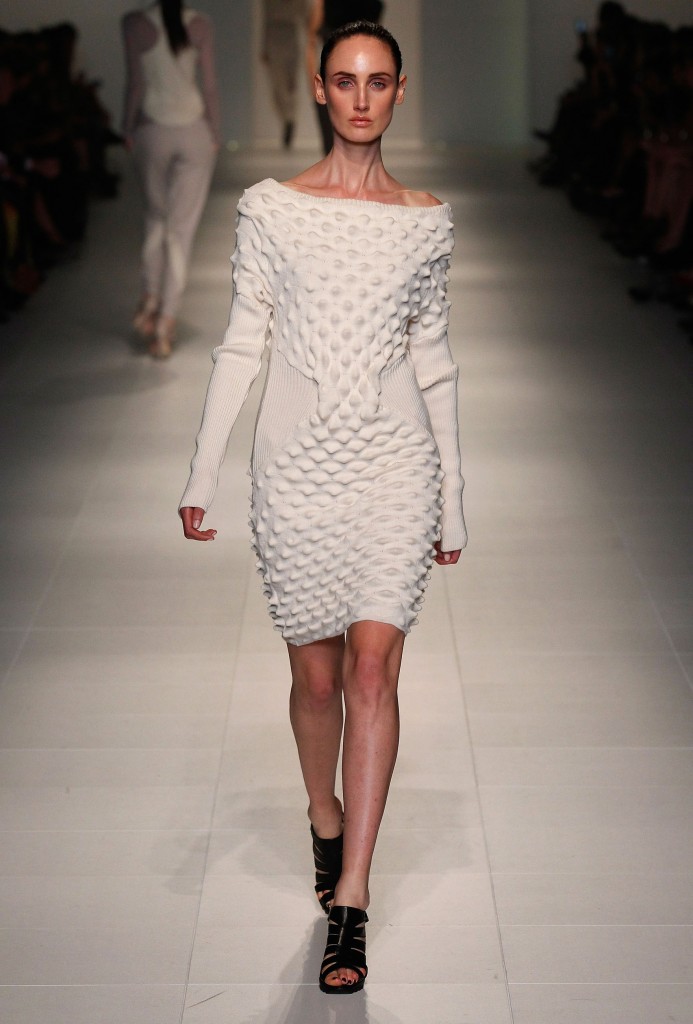 Lui Hon showed some interesting and appealing structured vests in leather and wool, clever draping and bias cuts on a muted palette of blacks, white and navy. Similarly, Laurence Pasquier stuck to block colouring with navy and pinks.

Winners Song for the Mute produced a menswear range that showed tracksuit pants and cardigans to shirts, suits and ‘short pants’. While the range was not as commercial as I had thought, the pieces will appeal to many a male out there. 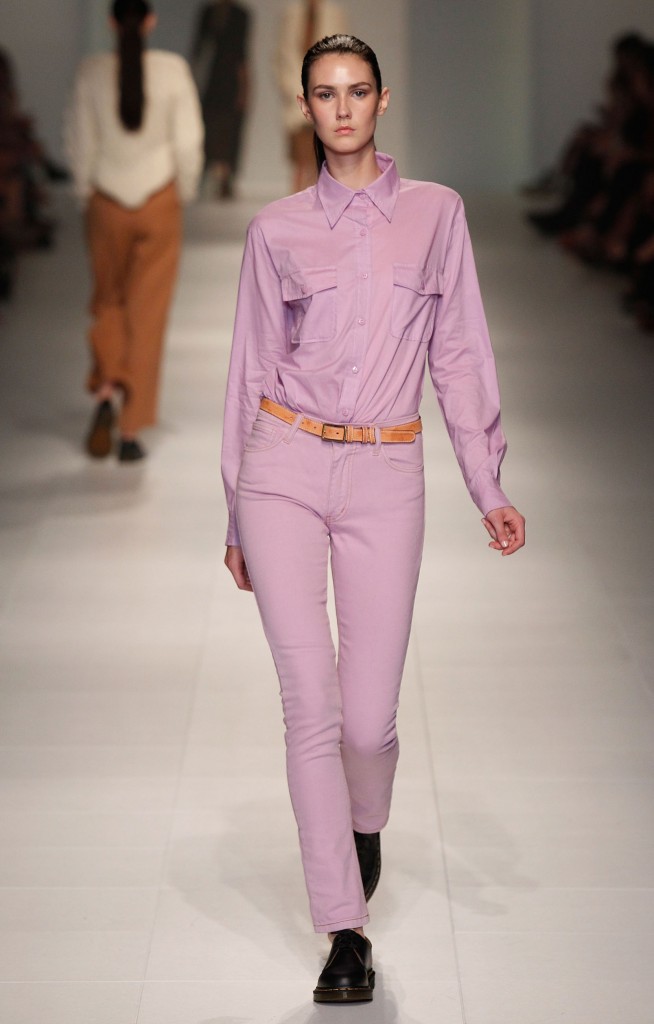 Final act and a favourite of mine Ansdorf reproduced their signature colour styling, this season using an apricot/orange with cobalt blue (last years’ apricot and maroon was a highlight). Another camel blazer (oh, which will I buy?) and great camel pants, a sheer black dress and more lilac.

And then there was the Ansdorf orange toned coat with matching pencil skirt, all in wool, teamed with a lilac shirt that made me swoon and finished night one in a haze of credit card debt and sweet dreams of fantastic Australian Fashion.