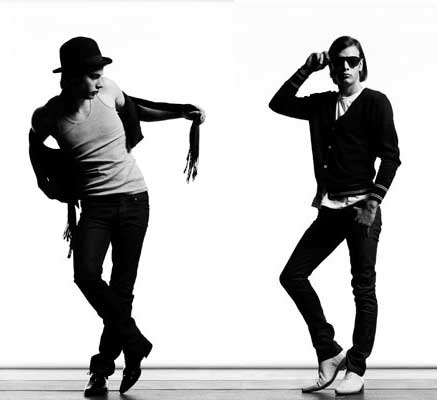 Now that Christmas is fast approaching, scything through the plethora of folk at our shopping centres is becoming increasingly difficult. However, despite the inconvenience of shopping centre traffic, one cannot help but notice the amazing transformation of young Australian men. We may regularly hear stories in the news regarding their mental plight, but there is an aura of luxury and hedonism in the aesthetics of today’s young man. Whether it is the fine cut of a suit or the daring dapper in casual apparel, Australian designers are gearing the next generation of ‘cool,’ and thankfully, it is registering with the young male society of today.

Keeping eyes peeled on contemporary styling and fashionable nuances, the summer of 2009/10 will showcase the recyclable nature of male fashion, with Australian designers leading the way as the mercury rises.

One prominent aspect, which has taken full flight of late, is men’s accessorial envy, with labels showcasing an array of headwear, eyewear and the flexibility of the thin tie. Trilby, Hammond and even Charlie Chaplin influenced hats are popping up on male heads everywhere, showcasing the debonair flair that society has not been accustomed to since the 1950s. The return of the Aviator and more recently, the Wayfarer, further supports the popularity of recycled accessories. Finally, the chances of heading out and not finding a fellow in a tie pared with his skinny denim jeans is a rarity. Australian men are taking chances by daring appearance, and it presents an exciting future for Australian men’s fashion, stripping that infamous statement of, “Don’t wear that, it makes you look gay.” Well, newsflash to all you haters, the look is in.

The return of ‘classic cool’ showcases the rakishly elegant men today as they did over 50 years ago. With the right accessories, this Australian summer will return to the classic look of Chinos, Tweeds, Trenches and loafing boat shoes, appearing consistently in young men’s wardrobes.

With what seems like extensive time-travel, recyclable pieces inspired by the depression era are being re-applied to male fashion in Australia, creating a link between youth and vintage. Whether it be a formal occasion or a casual city stroll, Australian designers such as Beat Poet, Three Over One, Elsom and Brent Wilson have released their collections for Summer and many will consume what is on offer, slowly stripping away that blasé tag and carelessness in male appearance.

By Gaynor Alder A Note on The Beauty Queen Confessions of a Beauty Queen is the new column from Onya's Beauty Editor,...
© Onya Magazine 2009 - 2021
Back to top