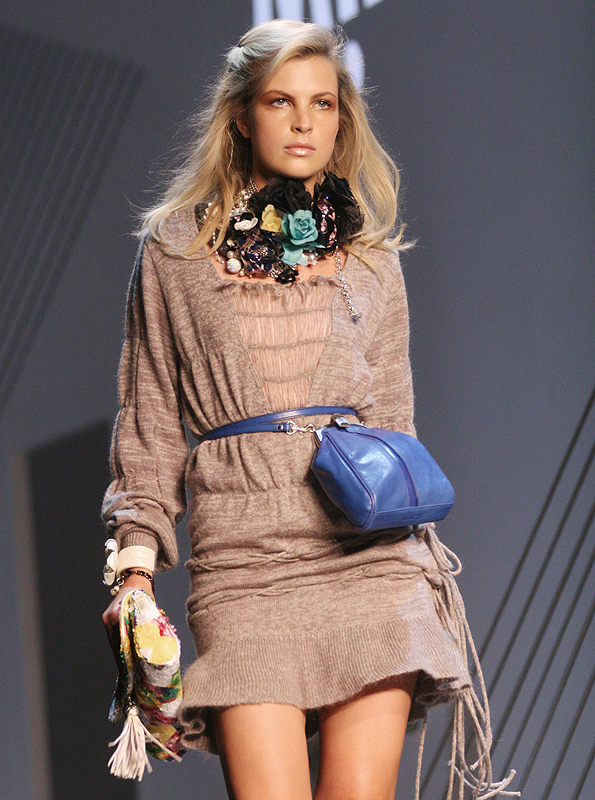 Runway 4 at the L’Oreal Melbourne Fashion Festival opened with energetic beats from festival ambassadors, the Nervo twins. Rocking the decks on the catwalk, the girls created the party mood for the Runway show, presented by InStyle Magazine, who are also celebrating their 10th birthday. Jason Coleman from So You Think You Can Dance and Amber Renae of Project Runway fame were front and centre in the audience, and the capacity crowd were ready for a night of Australian design to remember.

With an art deco logo, Lucette was next on the runway, opening with a bodysuit and more statement shoulders. ‘80’s looks should definitely still be on your radar as well as military influences. Lots of leather was apparent in both shorts and skirts which were teamed with ankle boots by Nine West. 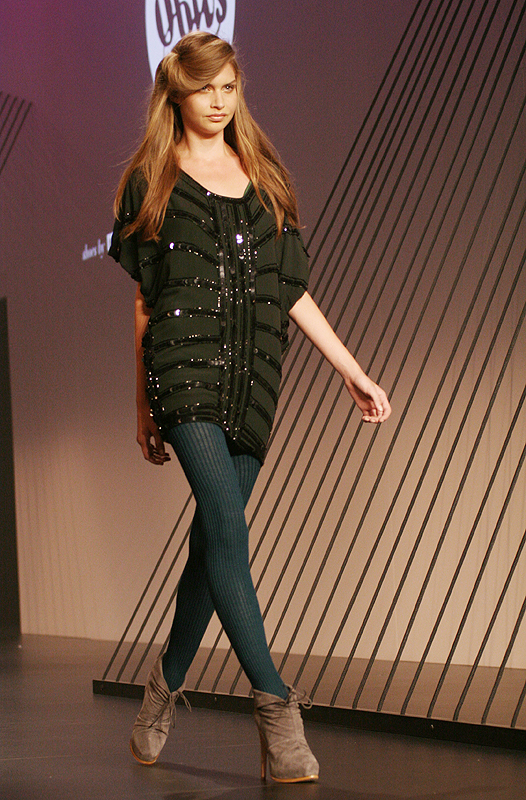 Walking to the beat of the jungle drums, Obus’ oversized knits and scarves, warm earthy tones and winter coats made me hanker for some cooler Melbourne days. Shades of red, pink, brown, plum, burgundy and orange were apparent, offset with navy and turquoise gloves. Green and black ‘20’s inspired sequin dresses rounded out the Obus show, a particular highlight for me.

Arabella Ramsey was next to strut her stuff with a collection entitled ‘Nomadic Intellect’. Inspired by the country, lace and neutral shades were prominent with browns, creams, old navy and tan working well together. Leather again made an appearance, then faux fur (I hope) and an Akubra hat. 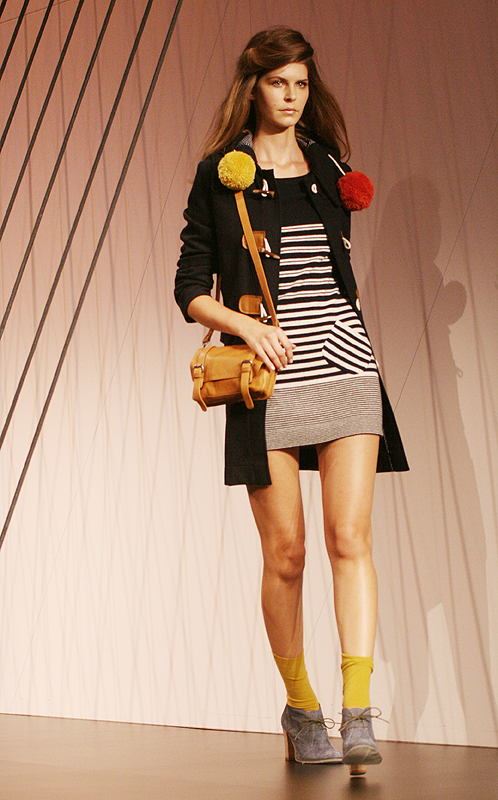 Favourite Gorman continued the trend of sparkle with glitter and sequined dresses. Corporate looks with a twist came in colours from grey to green and included bucket hats for a Melbourne winter. Orange (one of my favourite colours) was a hit and it seems the nautical movement isn’t done just yet – the navy duffle coat with pom pom scarf is definitely on my wish list.

At Karen Walker the navy and tan continued, more military coats were seen and a throw back to the 60s with psychedelic prints in garish colours on dresses and tops. Ruffles and frills are still all the rage.

As the music continued to pump from the decks on the catwalk, Manning Cartell took to the runway in a blaze of pink lights. Pink was a highlight for the label, layered over staple black and featured in dresses and jackets. The statement shoulders and leather were everywhere but Manning Cartell closed with a leopard print coat over a black dress with diamante feature. Ankle boots are set to be a hit again with more than half the designers featuring them. 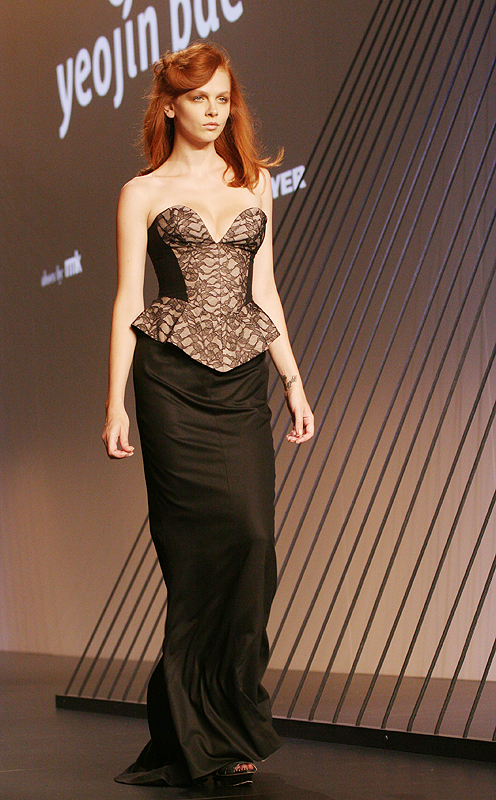 Rounding out the evening was Yeojin Bae with gorgeous tailoring and fabrics. Knit dresses and suiting, sweetheart necklines and soft colours made this collection perfect for the office and transition to evening. Bustiers with lace and a full length gothic coat gave it an edge but the overall impression was classic.

The totally wearable collection of designs presented at Runway 4 has got me hoping that winter gets to Melbourne sooner than later. I covet that Gorman duffle coat and can’t wait to find something in leather that suits me. I suggest you rifle though your Mum’s wardrobe for some ‘80’s shoulders and get thee to a store to pick up something from these designers ASAP. The clothes will easily incorporate with the tran-seasonal pieces you already own and update any wardrobe in a jiffy. Just get them soon – these ones won’t last long.

I Acknowledge The Traditional Author of This Piece

I Acknowledge The Traditional Author of This Piece