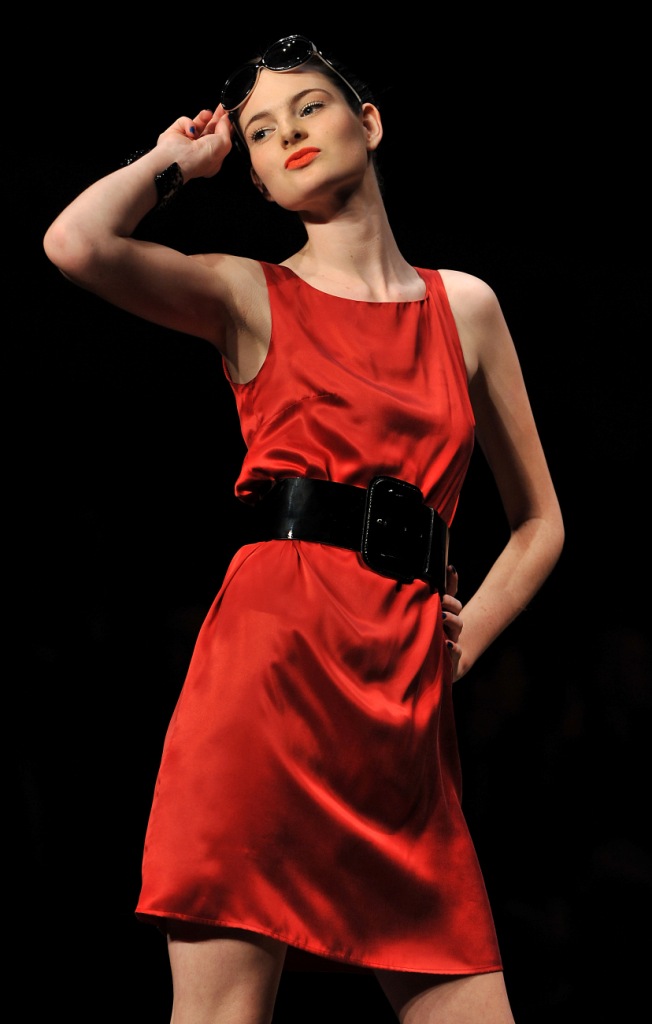 As a true fashion lover, I am prepared to wear shoes that hurt my feet, belts that make it hard to breathe and fabrics that irritate my skin. I will eat two minute noodles for a month so I can buy the new must have frock of the season, or cancel plans with friends to attend a one day only sale. But maybe one of the biggest sacrifices I am prepared to make for fashion is wearing the volunteer uniform during Melbourne Spring Fashion Week while hundreds of well dressed fashionistas walk past in their designer gear and six-inch stilettos flashing their VIP tickets.

That said, I do love volunteering at fashion week. If I had to choose between the VIP seats and backstage, I think it would be a tough call. This is my second stint behind the scenes and as glamorous as the industry appears to be, it’s not all fun and games behind the velvet curtain. Everyone works their fingers to the bone – from the break of dawn until just about that time the next day when the after party finishes. It’s an always buzzing, edge of your seat adrenaline rush to work at fashion week, and an experience I now look forward to season after season.

This years Melbourne Spring Fashion Week is taking place in the heart of the city, the Melbourne Town Hall. A beautiful building steeped in history and a Melbourne fashion icon in itself. Classic architecture and ornate ceilings, marble staircases, glass doors and ornate gold fittings around every corner – every bit as opulent as fashion week itself. There are hidden rooms, a maze of kitchens and corridors and a backstage area set over three floors – a lot of running around in your stilettos!

My first shift of the week was Designer Show 3, Thursday evenings parade. The volunteers do the hard yards – we lug boxes of gift bags from back of house to front of house, dress the room for the guests and VIPs, clean the room between shows and man the doors checking tickets before the parade. Backstage volunteers steam dresses and tape shoes, ducking between hair and makeup artists to check fittings and deal with unpredictable models, designers and choreographers. It’s all part of the fun at fashion week – stress levels run high in the thirty minutes before the show begins. 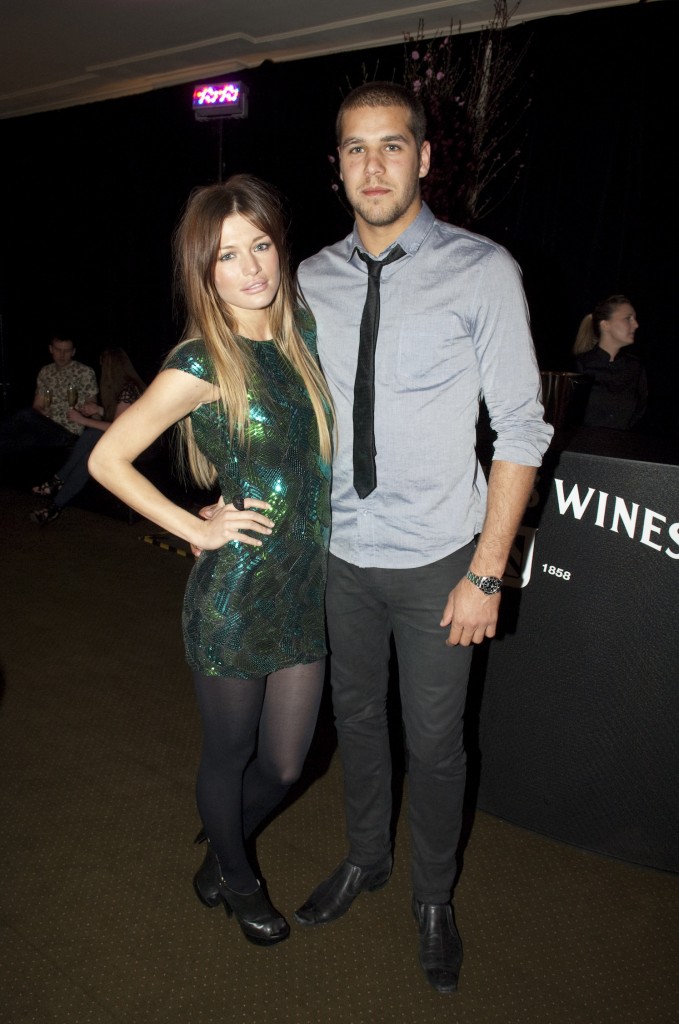 But once all the tickets are checked, and the VIPs seated (Thursday night we saw Buddy Franklin with girlfriend and model Kasia Z at the early show, while Anthony Callea arrived with Tim Campbell at the later one) the fun part of being a volunteer finally rolls around. Sitting on the stage next to the media contingent, the volunteers watch the parades from prime viewing area – and we get to see it not once, but twice.

Designer Parade 3 featured Arthur Galan, Nevenka, Nylon Flocks by Nicola Finetti, Leopold, Bettina Liano, Jack London and Wayne Cooper. A who’s who of Australian Designers, the collections presented an even mix of mens and womens wear. Spring trends were easy to spot – Arthur Galan and Wayne Cooper showcased bright colours in hot pink, cobalt blue and emerald green, while Nevenka’s neutrals and traditional black and white proved perfect for the races. The military influence remains strong with structured jackets and gold detailing, while the ‘50s shone through at Leopold and Jack London. Halter bathers in red, black and white, oversized sunglasses and sheer blouses with pearls for the ladies, while retro short sleeved shirts, skinny ties and a shirt with a pussybow-tie on a Sean Penn lookalike model had all the girls swooning.

The ‘80s has also been on the designer drawing boards this season – big shoulders and denim dresses at Bettina Liano, and cut out features on skin tight dresses at Nylon Flocks by Nicola Finetti. Metallic featured in most of the parades last night – a trend that keeps on keeping on.

Finally a special mention to Wayne Cooper for the ‘weird frock of the night award’. If the bubble skirt was the trend for last summer, Wayne Coopers’ hot pink turned outward and scooped up to the waist structure could only be described as a ‘bucket’ dress. I’m not entirely sure where one would wear such a dress, and I’m quite convinced that sitting would be near impossible – but kudos to Cooper for giving it a go. We can only hope that this is one trend that doesn’t catch on. 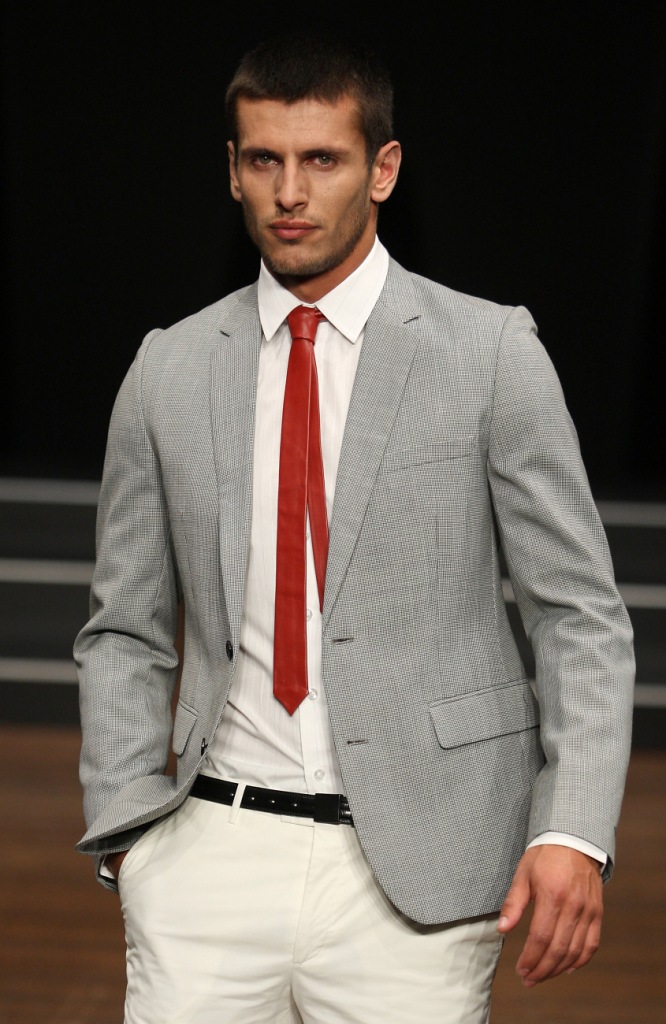 Behind The Velvet Curtain II

I liked this article much!

By Hazel Dooney I met Poy on a revolving carousel bar in the middle of a pedestrians-only alley off Walking Street, near...
© Onya Magazine 2009 - 2020
Back to top