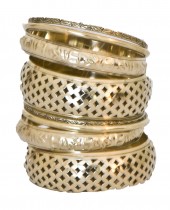 Sex and the City 2 – and all the extravagance, luxury and over the top-ness that comes with it – launches today in Australian cinemas. Aussie songstress Ricki Lee Coulter has a hit song in the film, which you might well have been singing for the past three months since the film’s trailer was released, but another Aussie has made her mark on the SATC empire; jewellery designer Samantha Wills.

Unless you have been living under a rock, it is quite likely you are aware of SATC2 and the plotline that takes our four heroines to the Middle East in their never ending search of labels and love. While the film has its critics, the fashion, shoes and accessories were always going to be the drawcard and this instalment is no different.

Samantha Wills was born on the East Coast of Australia and set up camp in Sydney at the age of 21. Her self titled accessories label debuted at Australian Fashion Week in 2004 and went from strength to strength, earning her a finalist position at the Telstra Business Women’s Awards in 2008 and cementing her position as one of Australia’s finest designers.

Now 28, Samantha travels the world for inspiration, splitting her ‘at home’ time between Sydney and New York. Her most recent collection channels the bohemian spirit of the vintage bazaars and markets that are featured in the film and if the girls of SATC are wearing them, chances are you will want to too. 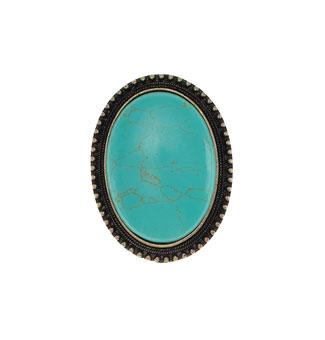 With bold colours like turquoise, aqua, peach and coral infused with golds and blacks, the collection is inspiring in itself. Feature pieces that won’t break the bank will take you to another world – where opulence and extravagance reign supreme and you too can be an Arabian princess.

The fab four – Carrie, Charlotte, Miranda and Samantha – are all seen wearing Samantha Wills pieces in the movie so you can be sure I’ll be keeping my eye out for them tonight. My personal favourites are the Aaliyah ring in aqua and the Shyanne bangle set in gold – can’t wait to see them on the big screen.

To see more of the Samantha Wills collection, visit her website.