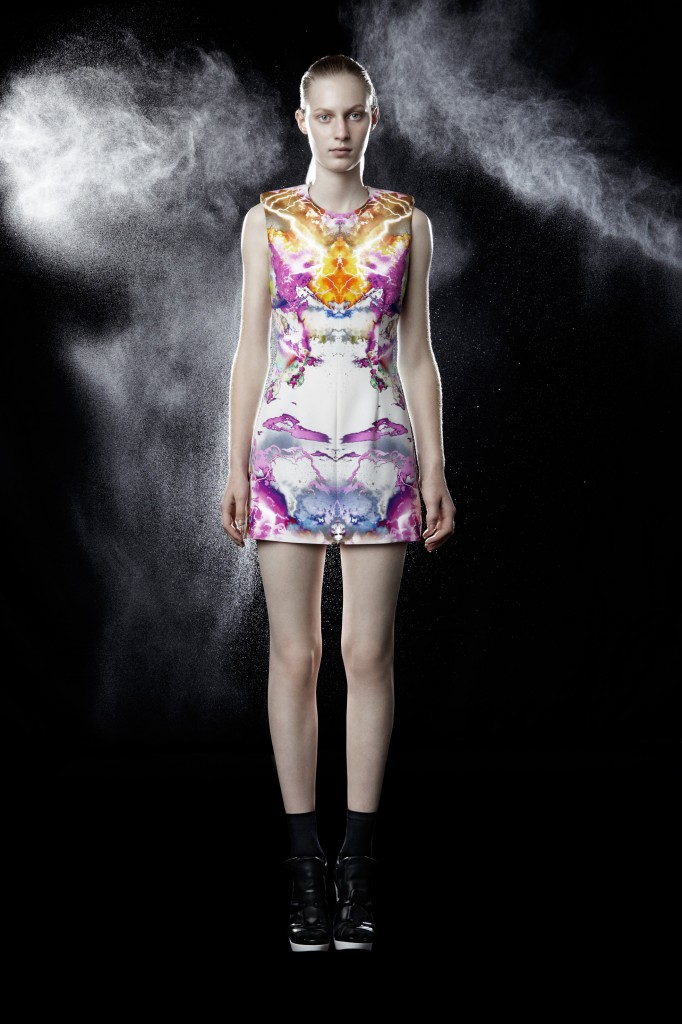 Master of colour, king of prints, Josh Goot is not only a designer but also a visual entertainer. His designs dance with color and display patterns of geometric black and white, and cosmic granite prints that dance before your very eyes.

I met the man in question a few months back at the Belinda GPO Store, where it was evident that Goot likes to keep things on European time (presumably so he can continue his in-like relationship with London Fashion Week). So whilst other Australian designers are putting forth their spring/summer collections, Goot’s autumn is our spring, with a few tran-seasonal pieces thrown in for good measure.

Formalities aside, Goot’s collection was nothing short of jaw dropping. His embellishment of colour was ever present, as loud, bright and bold as ever. This time his patterns were a result of one of Mother Nature’s most beautiful lightening storms, a storm of psychedelic proportions. “The inspiration is often in nature. This collection in particular, was influenced by lightning and inspired by photosynthesis,” explained Goot.

Throughout the evening Goot mingled freely with guests and was by far one of the nicer designers I have come across, a rarity in this industry at times. When I complained about the tragic Melbourne weather, he laughed and claimed that the weather was what made our great city. I had to agree (until of course I made the trek back to the car in gale force winds). When I told him I had fallen desperately in love with his high wasted ‘lightening strike’ mini, he suggested I choose the black version over the white, as it was more suited to my colouring. His easygoing nature and humility, apparent in our brief conversation, are without doubt the driving forces behind his successful label. 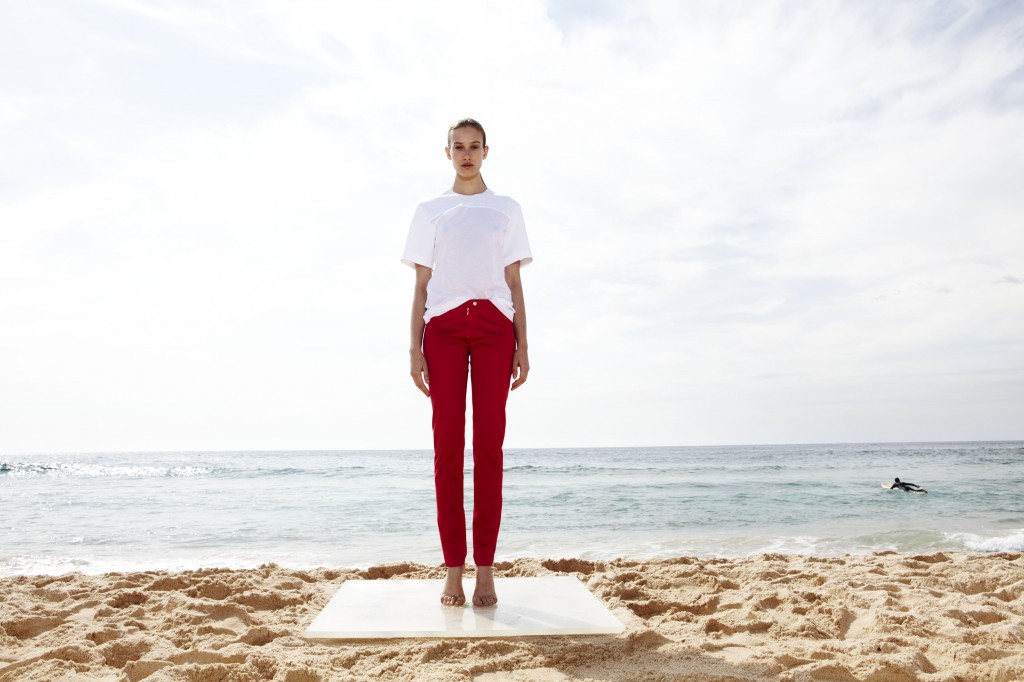 I catch up with Goot a few months later (true to his word, and aided by his friendly publicist Aimee) as he is somewhere between his hometown of Sydney and the elite fashion set in Paris, showing his new collection. Although more than willing to answer my questions, you get the feeling that Goot has been busy, surviving on little sleep and bucket loads of coffee infused with the occasional croissant and snippets of beautiful scenery. “We’ve had a great response to the new collection. However, the climate in Europe is tough at the moment. Our national appointments start this week and I’m interested to see the response.”

What Goot needn’t worry about however is the positive response following his series of Melbourne pop up stores. “A pop up store allows you to introduce the complete collections to a new audience in a new location. It can be great for reaching a new customer,” says Goot. Of the most recent pop up store in High Street, Armadale, Goot proved to be very hands on having designed the interior himself, “it had a raw gallery feel with natural light by day and projections by night.”

And whilst his enthusiasm for the Melbourne scene is genuine it appears that the potential for a Melbourne store is perhaps (heartbreakingly) a long way off, “I would love to open a permanent store in Melbourne, but we have no immediate plans. I suppose we’re waiting for the right time and the right space.”

I then wonder (out aloud) if the right time will ever occur given that Melbourne fashion is often shrouded in black with only the occasional spattering of colour, very much the exact opposite of Goot’s designs. “I enjoy working with block colours too, especially in the new GOOT line. These shades are selected in the moment, whatever feels right at the time,” responds Goot. Following ‘whatever feels right at the time’ seems to be a formula that has continued to work for Goot over the years and is likely to continue to do so in time to come. Says Goot, “I’m proud of what we do. Over time, you learn to accept criticism or disinterest. It’s a subjective business. Sometimes presenting in a new city creates more interest because our point of view is very different to the existing offer.” 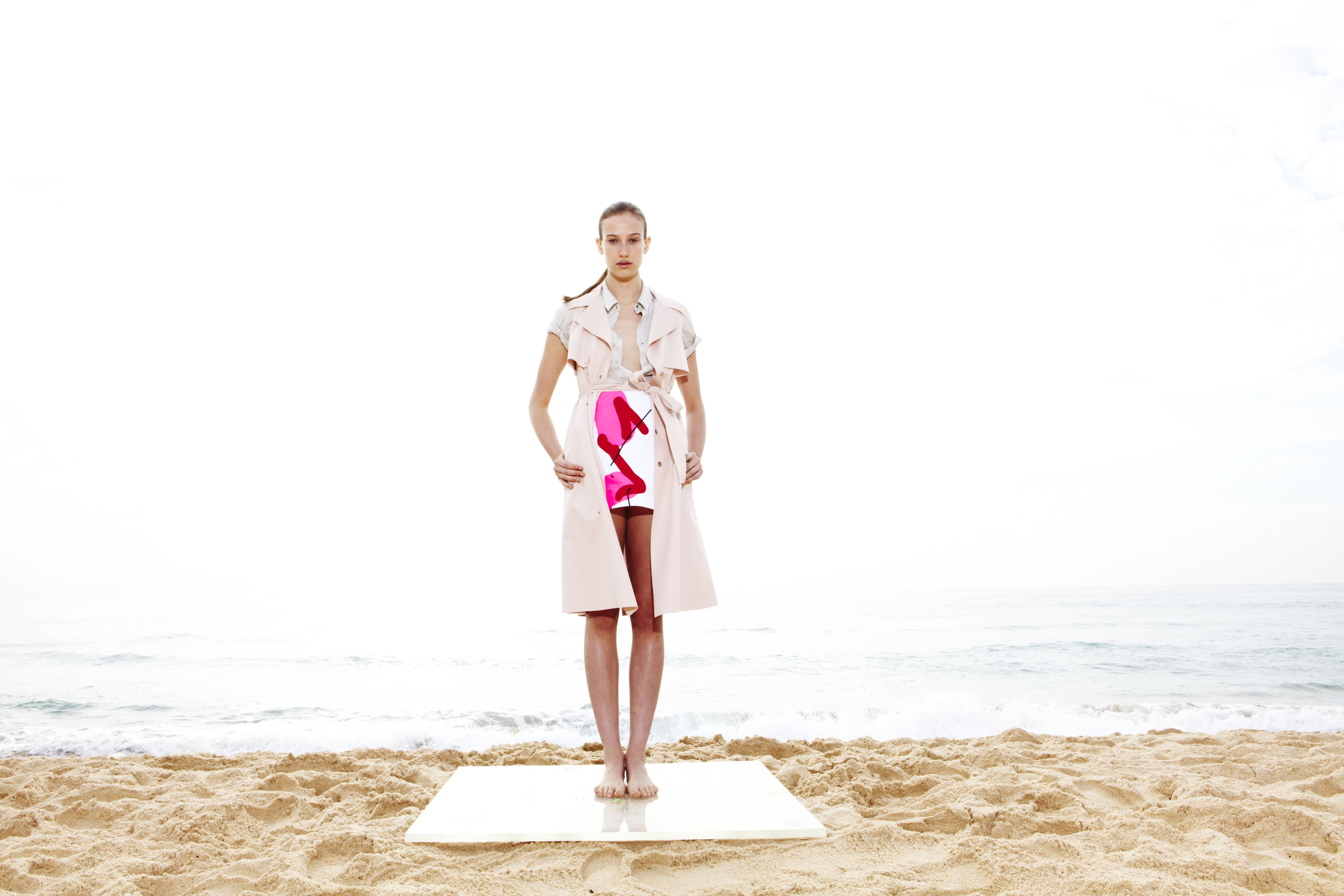 So whilst expanding his market, whether it be in Melbourne or Paris, is not an easy task, it appears that Goot is determined to succeed, and will take both criticism and positive affirmations in his comfortably chic stride. Whatever Goot’s inspiration, it is clear that his pieces are an art form unto themselves; structurally they are well fitting garments, yet aesthetically they are canvases of sheer beauty.