The intimidating and obscenely successful fashion and luxury industries of the world are not Australian. Let’s call a spade a spade – we aren’t as ‘great’ as the greats. But rather than getting those Bettina Liano jeans in a jumble, we as consumers can identify as part of the problem, and contrarily, the beginning of a solution. The reason why Australian fashion suffers is not because our industries are any less outstanding and innovative than those hailing foreign. I think Nicola Finetti best explained to me why Australian fashion and textiles industries aren’t as enamoured or evolved as their overseas counterparts. ‘One views large European designers as representations of luxury because often they receive so much advertising due to financing. We don’t have that. You see, the industry here is very small, and young as well. The overseas industries are large and developed, so for us there is plenty of room to grow,’ he observed. 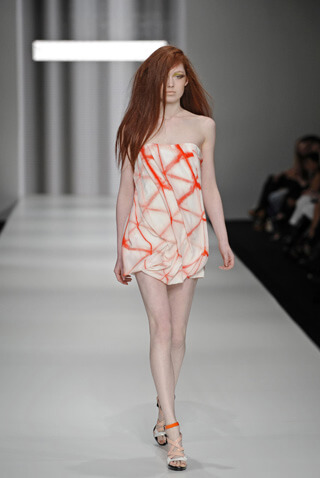 To douse a sapling fire, Australians who invest in the expansion of their wardrobe under appreciate how exceptional our designers are. I wonder how exactly we expect our fashion industry to strut catwalks of international acclaim when we’re not giving home-grown designers our bodies as social runways? In 1995, Collette Dinnigan was the first Australian to mount a full-scale ready-to-wear parade in Paris. Alannah Hill ventured from Tasmania to Melbourne at age seventeen with six suitcases and $50 to her name. Akira Isogawa’s work has been received by the likes of US Vogue and The New York Times, and his designs are available globally. Alice McCall went from designing for Buddhist Punk in 2002 to launching her ‘Call of the Wild’ collection at the 2007 London Fashion Week. Lisa Ho began her career selling hand made garments at the Paddington Markets. So few fashionistas are familiar with such details, yet these histories and successes characterise the Australian ‘Fashional’ identity, if you will. By humanising the Australian garments we pull from racks, and weaving an identity to their stitches, we can develop loyalties to the designer.

It also comes to my attention that many Australian designers outsource their textiles and manufacturing – yet another obstacle in creating a luscious industry. As the PR girl for Gorman put it, ‘We look for countries that have the best experience in producing clothes using the materials we want.’ How unfortunate. Having made such said allusive statement, it’s worth noting that Lisa Gorman’s range of organics is made of Australian merino wool. Similarly, Carla Zampatti uses a mixture of Australian and imported fabrics and her clothing remains produced solely in Australia. Yet these collections, along with an array of Australian designers, only call upon partial use of local textiles. ‘I don’t use Australian materials because there is not very much here, so instead I source from overseas,’ explains Finetti. And though a few years ago his collections featured the bold prints of Australian textiles designer Mary Shackman, these days his blunt observation rings true. Two decades ago, between 50-60 coloured woollen mills produced threads and materials in Australia. Creswick Woollen Mills in country Victoria is now the only one left. Instead, premium Australian wool is exported to the mills of Italy to undergo the processes of colouring and refinement. Finetti however balances this use of imported textiles with his preference for manufacturers, ‘For the past three seasons I have done all my manufacturing within Australia. Everything has been made here. Before that I sourced internationally, because the labour is inexpensive.’ Even Australian tween-fashion empire, Supré, has engaged with the ‘Australian Made’. Whilst a pair of nationally made leggings from their stores cost an extra two dollars, the investment goes straight toward keeping the manufacturing industries of Australia well oiled. 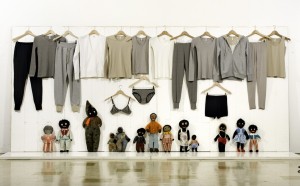 The most invisible stage of manufacture is the use of emerging Australian talent to assemble the visions of our iconic designers. Finetti also plays his part in ensuring young Australian designers have the experience required to better evolve their national industry. ‘When you come out of a tertiary education, you have an acknowledgement of something, but you need to have training to finish that education. In our industry you must be able to be given some form of financing so you can learn techniques.’ Finetti employs a range of graduate students from around Australia to help him in his creative endeavours. ‘It is more like a team of people who work together, so it is difficult to make things successful because you need that collaboration of others. It’s not like painting or being a solo musician, its not a solo thing – you might have an idea, you have talent, but you need a team to assemble that talent,’ he explains. It is these seemingly unnoticed innovators who promise the continual growth of our fashion industries. I implore you to continually visit stores such as West Australia’s ‘Libertine’, Melbourne’s ‘Lady’ or the Paddington and Cronulla Markets, for these are the venues that house the products of so many Australian emerging designers.

After stirring through this soupy welcome, I’d better highlight to you who I expect will muster the inspiration to better invest and promote Australian fashion industries. The Onya girl appreciates the riches of Australian produce. She buys Herron, not Panadol, to cure a hangover, because she appreciates that the elation produced after buying an Australian made product with half the capacity to allay the thudding behind her eyes will be enough relief to get her to a decent coffee shop. On a more serious note, she makes an effort to be style and design conscious. She might feel most feminine adorning a chesty and making Vegemite on toast, which is a shame seeing as Pacific Brands have taken their business overseas, however, as she is a conscientious and educated consumer, she is planning on using her remaining Bonds singlets to make lavender and oat balls for the bath. She is then going to ride her bike to Gorman and invest in several of their Australian Merino wool singlets from the Gorman Organics range. Alternatively, the Onya girl might be her most outgoing when strolling Hyde Park within a pair of Tristan Blair Mabelline Black/Salmon shoes, or feel her best watching a recital performed by the Australian Brandenburg Orchestra in her new Fleur Wood number. She might enjoy rolling down hills in an Australian made Supré long sleeved tee, or dressing up in BODY by Dainy Sawatzki to vote in the local council elections. Regardless, Onya women are united by their passion for the talent Australia possesses, and their love of the quality and uniqueness each Australian designer communicates through their creations. 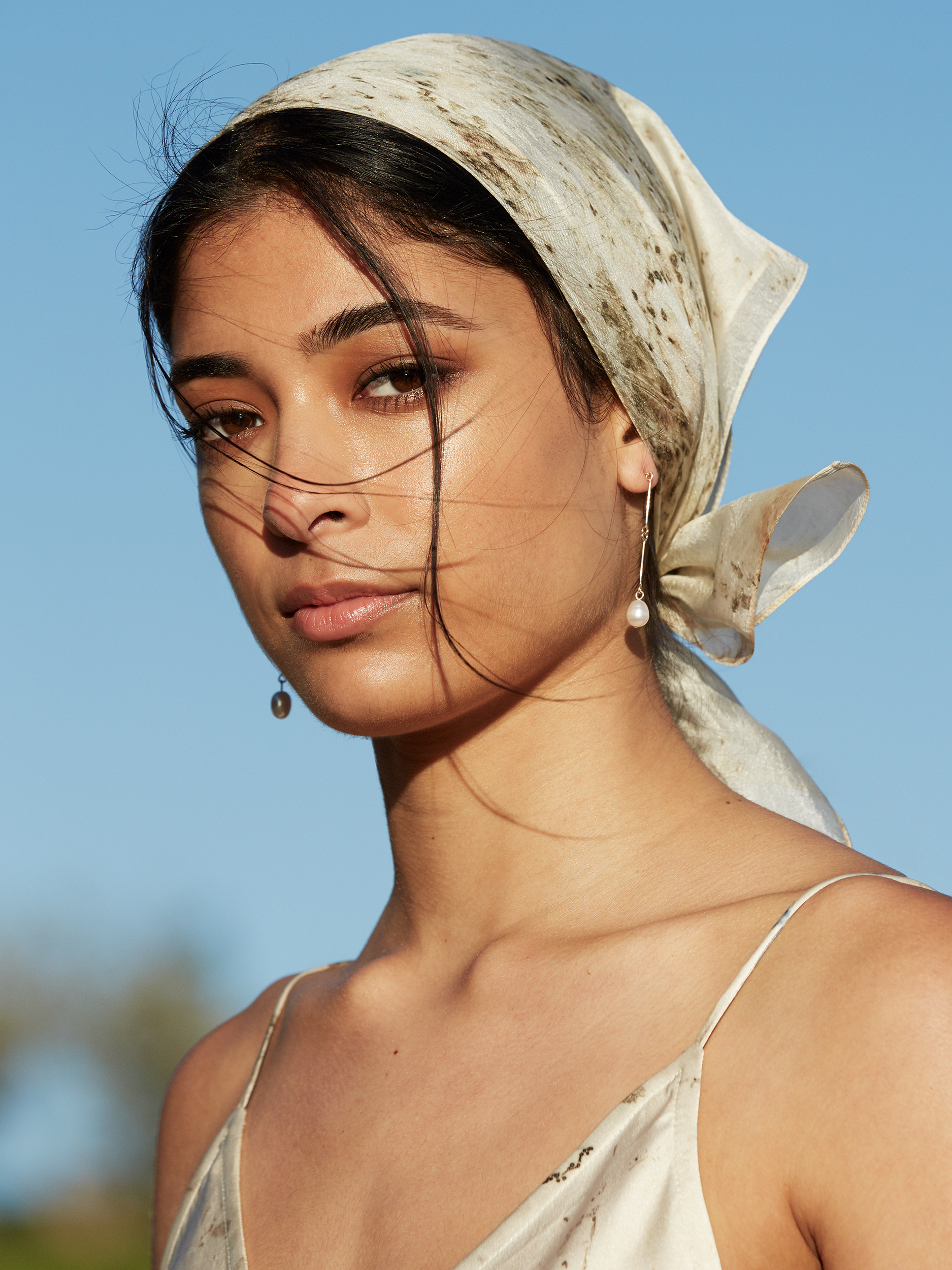 Bought a cream anorak from Gorman today – taking the initiative, leading by example, am amazing.

Bought a black leather belt for the man today – made in Australia. You’re amazing. I’m amazing. Who else wants to be?

I will be hosting an eco fashion parade at my next Miss Green’s Wardrobe, Designer Fashion Exchange event on June 24th. The show will feature the following brands:

It’s going to be great. Purchase your tickets online at http://www.missgreenswardrobe.com.au

P.S. Everyone attending will receive a goodie bag containing exclusive discounts from the above brands!

By Sarah Willcocks Once upon a time, some wise soul stated, "the best things in life are free". So to have an appreciation...
© Onya Magazine 2009 - 2021
Back to top