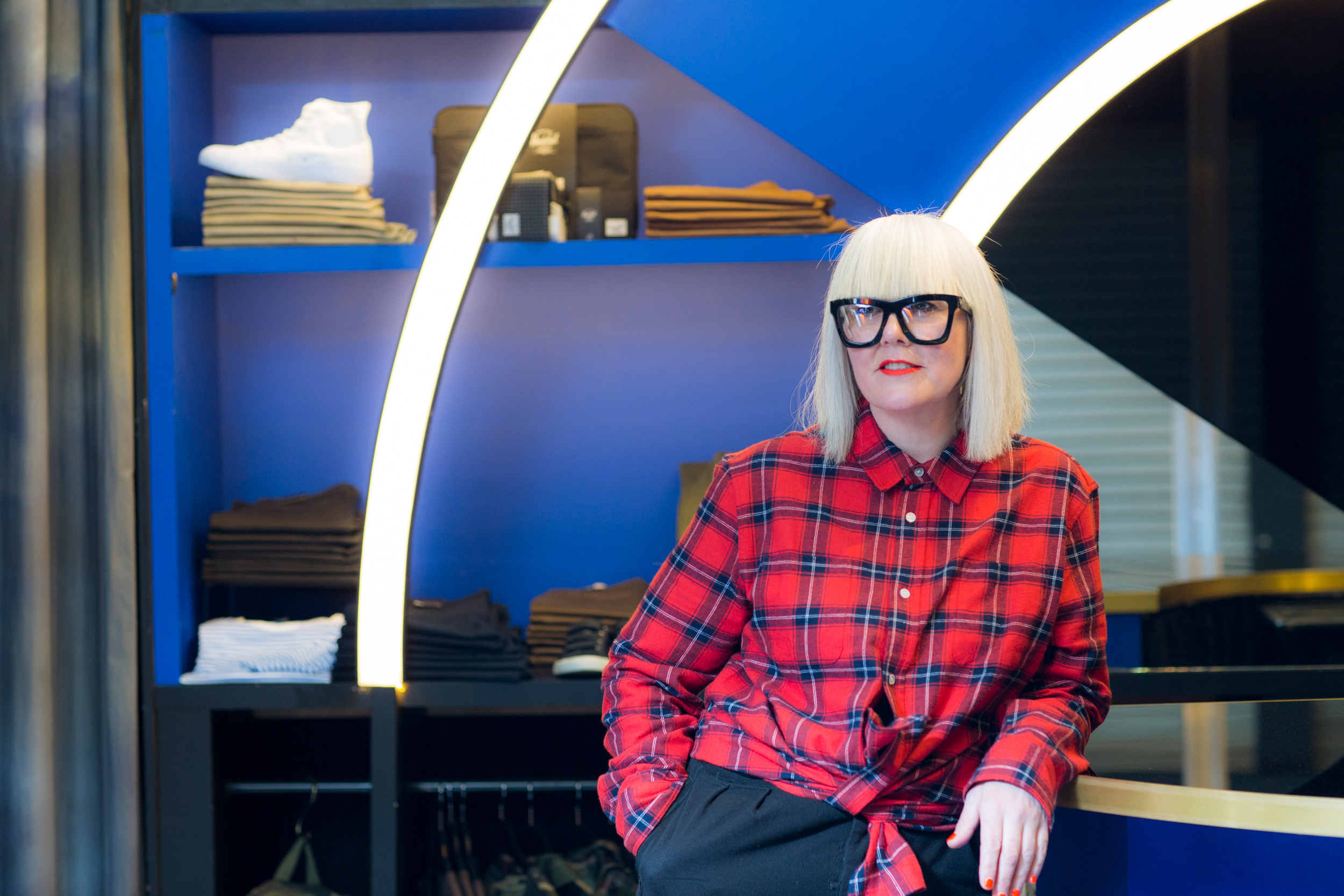 When Hadassah Jordan’s grandmother first opened a clothing stall at South Melbourne Market in 1964 there was no such thing as ethical or sustainable fashion.

Everything was manufactured locally in safe working conditions, and back then, clothes were made to last.

But a lot has changed over the last half a century. Most of our clothing manufacturing has moved offshore, where labour costs are low and conditions often poor, to keep up with a global demand for cheap, disposable fashion.

Saddened by the devastating ethical and environmental footprint fast fashion was leaving on the planet, Hadassah – who spent 25 years working in the family business at South Melbourne Market – decided to do something about it.

In November 2013, she opened a second stall at the Market, called Frankie’s Story – initially dedicated to ethically and environmentally-produced clothing for children.

Such has been the success of the store, Hadassah recently closed the family’s original stall – A Story by another Name – to focus solely on Frankie’s Story. 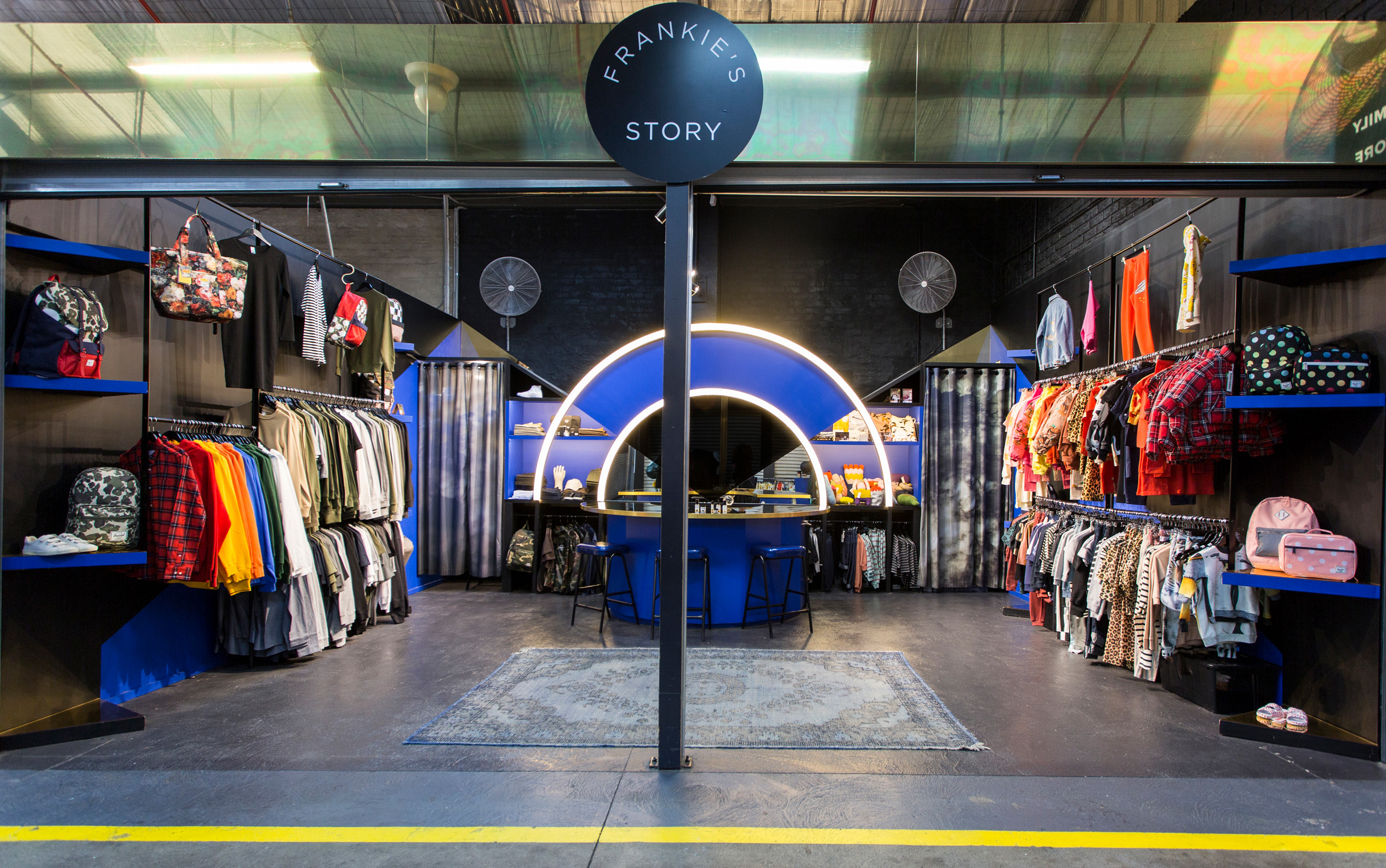 Hadassah has since expanded her offering to also include ethically produced basics and accessories for adults, including socially-responsible New Zealand label, AS Colour, and French sneaker brand, Veja – often referred to as the world’s most ethical and ecological sneaker makers.

“I really feel a sacredness to representing my family here at the Market,” Hadassah says. “And my real passion now is Frankie’s Story, which is all about raising the standards of my goods to be ethical and sustainable, and to be a retailer with a moral compass.”

Hadassah’s family are of Jewish heritage and migrated to Australia after the Holocaust.
“My grandparents started at the Market in 1964, after a family friend suggested selling a brand called Swiss Models; my grandfather was working as a tailor at the time,” she explains.

Over the decades that followed, the stall sold an ever-changing range of brands and styles of clothing that evolved according to the fashion trends of the time – in the 60s and 70s Hadassah’s grandfather tailored leather jackets (working late into the night to have jackets completed for his customers), denim was a large part of the business (in the 1970s), and Bonds t-shirts, clothing and underwear were huge throughout the 1990s.

“My grandmother initially opened the store but after suffering a stroke, my mother (a social worker) and my grandfather took over.”

The store nurtured a community mindfulness after their experience through the Holocaust, and Hadassah’s family were empathetic to the hardship of others. South Melbourne, at the time, was a predominately working-class suburb so it was not unusual for Hadassah’s grandmother Fania, to offer her families clothing to those less fortunate.

Having worked all her life in retail, starting as a teenager working in her father’s denim store (Jean World, in Elsternwick), a conversation with a mentor inspired Hadassah to learn more about retail at all levels – from large businesses like David Jones to medium sized operations like Poalini – Hadassah joined the family business at South Melbourne Market in 1992.

Her grandfather and mother retired soon after, leaving Hadassah at the helm.
“The business was founded on a desire my grandparents had to bring quality clothing and service to their customers, and I guess Frankie’s Story is really a modern-day extension of that,” she says. “Frankie’s Story is about acknowledging that we all have a responsibility to protect and nurture our environment and that all our actions count to make a greater whole impact.” 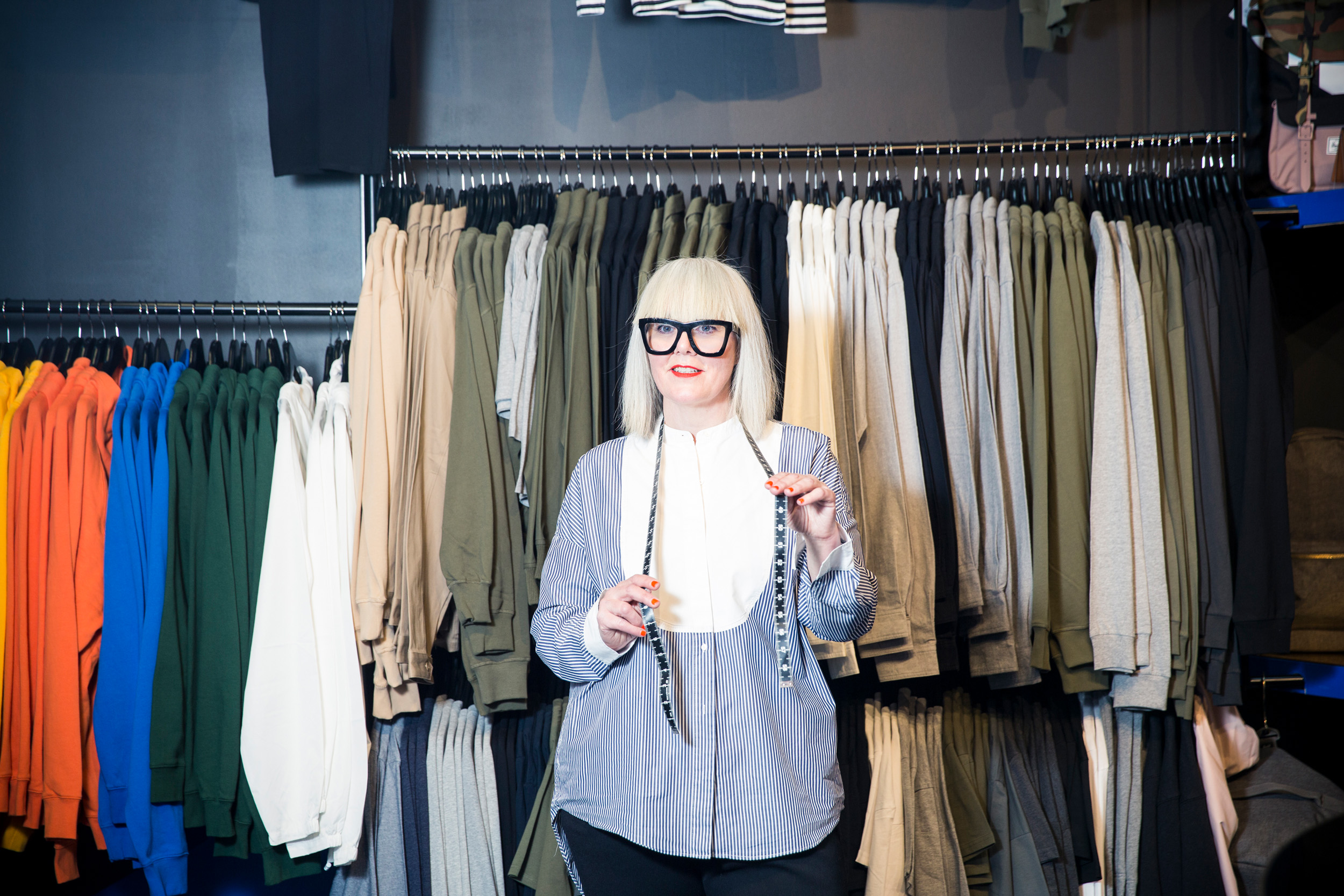 Hadassah said South Melbourne Market was always going to be the home of her most recent business venture, as the Market has the ability to draw a large demographic that most retail cannot reach.

“The South Melbourne Market is a really special place for me, and in the 25 years I’ve worked here, I’ve not spent one day bored.”

“There’s something about the market experience that can’t be replicated in a shopping centre. It has this element of discovery and surprise and you feel like you are part of the community,” Hadassah says.

“With Frankie’s Story, I also feel like I’m giving back to the community in some small way, which has been part of an instilled family belief.”

South Melbourne Market is located on the corner of Coventry and Cecil streets, South Melbourne – see https://southmelbournemarket.com.au for additional information.

How This Solo Female Travels The World On A Shoestring Budget

What To Eat At The Melbourne Night Noodle Markets: Your Comprehensive Guide 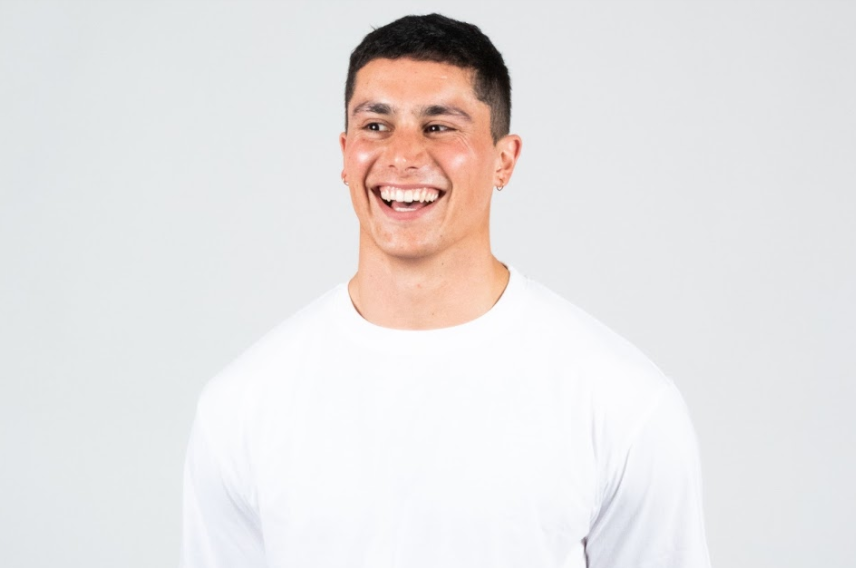 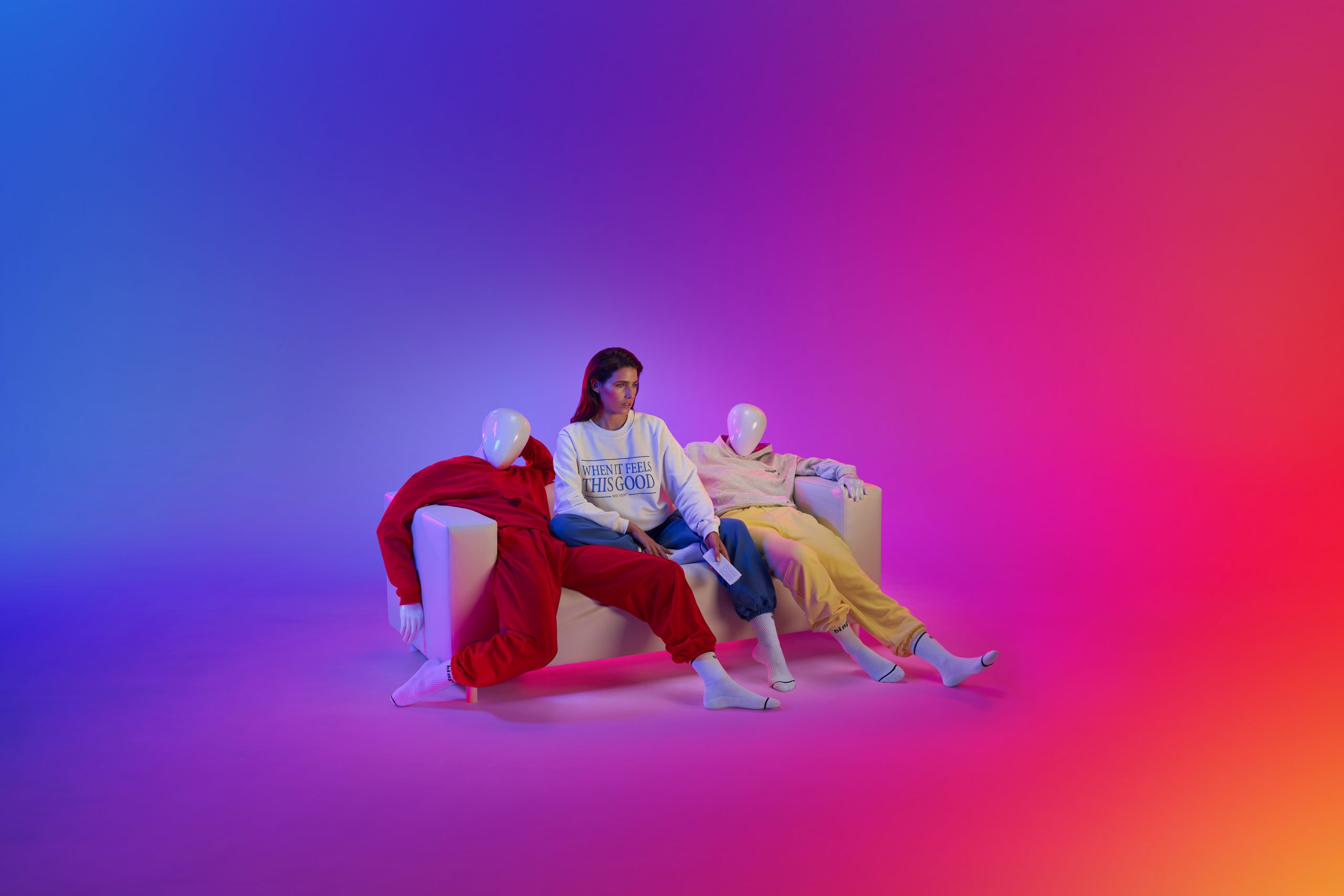 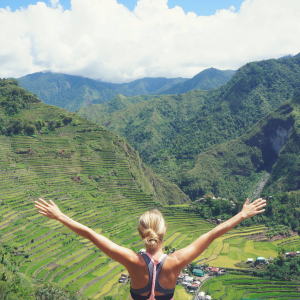 How This Solo Female Travels The World On A Shoestring Budget