What You Should Know About Cryptocurrency Bitcoin ATM

Did you know that there is a type of currency called bitcoin that is taking the markets by storm? With a recent investment by one of the most wealthy people in the world, it is now becoming one of the most prominent ways for people to make money now and in the future. In the past, when it first came out, it was simply an idea. People could invest in this at a very low price. Today, those people are very wealthy, all because they decided to put their money into something that was an idea that has now become a reality. There is something called cryptocurrency bitcoin ATM that you should know about if you are thinking about getting into this industry.

This is a system by which a kiosk is set up where you are able to purchase bitcoins whenever you want to. For those that have accounts, or that use bitcoin for transactions, this is a great way to participate in this industry. Keep in mind that this is not like an automated teller machine which is the actual name for what an ATM really is. Instead of getting money sent out to you straight from your account, you are instead being able to produce bitcoins that will work directly with the lock chain based transaction system.

How Does It Work?

In the same way that an ATM is a physical device, you will walk up to one of these kiosks, or if it is set up as a standalone device that’s a little bit different, it still works in the same way. When you are there, you are then able to do transactions which involve selling and buying bitcoin. There will likely be other types of cryptocurrencies that you will also be able to work with. Once you are connected to the Internet, which all of these kiosks will be, you will then be able to do your transactions. They often utilize what is called QR codes which are on most smart phones today. You are going to get a token, and this will connect directly to what is called your digital wallet, and this will allow you to do these transactions.

How Many Are There?

There are many of these out there that you may want to consider finding if you are interested in doing these transactions. In fact, there are well over 14,000 of them all over the world. This has come a long way since the initial inception, and the reason that they have put all of this money into bitcoin machines is because it is a type of currency that is going to stay. It is not based upon gold, or a physical asset, but the simple fact that many other people use this type of money for transactions.

If you are interested in finding one of these cryptocurrency bitcoin ATM machines, start looking today. You can search online, find companies that are going to produce them for you, and you can invest in them if you want to as well. In the near future, this may soon become just as popular as using actual money. If you are tired of using standard ways of doing transactions, always consider bitcoin as an option that is going to be one of the primary ways that we do transactions in the future.

The Best Supplements To Nurture Your Beauty From Within 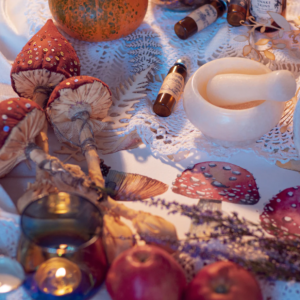 The rising numbers of research studies showing the medicinal effects of Psilocybin mushrooms and psychedelic plants have...
© Onya Magazine 2009 - 2021
Back to top