Another cricket world cup is rolling ever closer, and as is always the case, everyone has their own opinions on the front runners, but more specifically the dark horses for the event. The big surprise this year, however, is that the most successful team in world cup history, and the team that currently holds the trophy, is being spoken of in the latter, not the former, category.

11 cricket world cups have taken place, and Australia has won five of them, with India and the West Indies tied for next best, with two apiece. However, for the first time in memory, sports bookmakers like Unibet have Australia as outside shots to even make the final, never mind win it. Given the off-field distractions over the past 12 months, that is, perhaps, understandable. Nevertheless, one man has been vocal over recent days in his views that the cricketing world would be fooling to write off the defending champions.

Steve Smith and David Warner’s bans will be lifted on 29 March, and the decision to leave them out of the ODI squad against Pakistan means they will almost certainly be dropped back into world cricket on the biggest stage of all. Packed stadia full of vociferous English fans means the duo will certainly get a vocal reception, but it is unlikely to be a welcoming one. However, one man who has been there and done it is certain that this will only galvanise them and serve to make the Australian team all the more dangerous.

Shane Warne, the mercurial magician of leg spin, served a 12 month ban of his own back in 2003 after testing positive for a banned diuretic. Like Smith and Warner last year, the press were all over him, proclaiming that his career and reputation were in tatters. What actually happened was that he served his time and came back fitter, stronger and hungrier for success, collecting 75 wickets in the first 12 months after his ban.

Warne told Fox Cricket: “I had 12 months off myself. What happens is you freshen your mind up, you become hungry again.” Warne said both Smith and Warner are “as good as anybody in the world,” and that while they will certainly have a few nerves, they will also have a point to prove. Warne predicts that Warner will be the top scorer in the tournament and went on to say: “That’s why I reckon Australia will win the World Cup.”

Who stands in the way?
Bookmakers still have England as narrow favourites to win. However, the team’s history on the biggest stage shows a tendency to crumble. The team has played in three finals, the most recent in 1992, but has yet to win one. India are just a little way behind England, at 3/1 to win the tournament and even money to make the final. Meanwhile, the resurgent form that the West Indies have shown in recent months means this is a team that is once again to be taken seriously.

How Women Are Spiritually Stronger 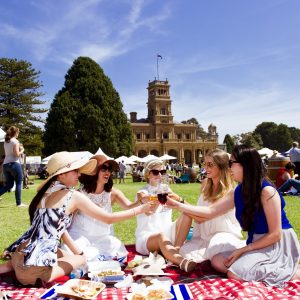