Travel Tips You Need To Know Before Visiting Sydney

Sydney has always been misnamed the capital of Australia by travellers but with good reason, it’s a jumping off point for the rest of the country, it’s a cultural highlight and a metropolitan melting pot for people from all over. It’s stacked with bars, restaurants, art galleries, parks, beaches and mountains, it’s got it all. So take a few tips to make that journey much less of a hassle.

Central Station has trains that run interstate and throughout the wonderful city, it also connects you with trams and buses that will take you to the iconic beaches of Sydney. Travel is completed with an Opal card, these are available from the stations themselves or from many different shops throughout the city, always remember to tap on and off especially on the buses so you are charged the correct fare. There are also the joyous ferries that traverse harbour, a great way to get around and also a brilliant day out.

Sydney is often depicted as the home of the sun but it is also the home of incredible downpours and monumental storms, so wet weather gear that can switch between the sun and the rain is ideal.

…but only for a short time. A few years ago the lock out laws came into play and have almost completely destroyed the market for late night dancing. The lock out laws stipulate that any bar within the lock out zone must close its doors at 1:30 am then the revelling finishes at 3am, the reach of the lock out zone is mainly central Sydney so if you venture a little further out then you can keep on messing till much later.

This is the home of the oldest known civilisation on the planet. The Indigenous walking tours go in and around the city, they also head out to the mountains for daily trips. There is a strong tourism culture here however do the first nation Australians a good deed by ensuring if you buy any souvenirs they are made in Australia by the people who first fashioned them, quite a lot of the so called souvenirs are made outside of Australia.

There are so many beaches that stretch along the coast and there is plenty of public transport to get you there but hiring a car can save you from many hours of back street ‘scenic routes’.

Utilising Enjoy Car Hire will allow you to grab a competitive deal to suit you online, then you can get from Bondi to Palm Beach in a morning rather than all day on the bus. 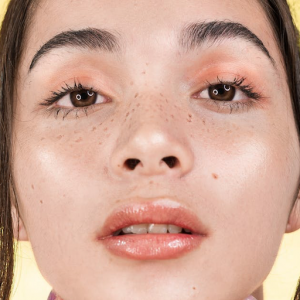 What you use on your skin may be just as important as getting enough shut-eye, says Beauty Expert and Burt’s Bees...
© Onya Magazine 2009 - 2021
Back to top