In 2015, a study was released that counted 3.7 million citizens over the age of 65 in Australia.

This number is expected to rise to a staggering 4.9 million by the middle half of the next decade. It is a situation that is being repeated right across the western world. As medical treatments and interventions grow ever more sophisticated, we are simply living longer.

The average life expectancy in Australia is a very generous 82 years of age. Over the last quarter century, this represents an increase of around eight years. In many ways, this is a wonderful thing. As a society, one of our main goals is to help people live as long as possible, providing that their quality of existence is relatively high.

Yet, we must also be aware of the fact that this causes some big problems. For a start, it places a great strain on the healthcare system. With advanced age comes a litany of physical and mental ailments. Most are degenerative and mean that patients require continued treatment and attention. As the number of elderly people rises, so too must the amount of subsidised and free care.

The Financial Cost of an Ageing Population

The government funds aged care packages for the elderly, in order to allow older people to remain in their own homes for as long as possible with the help of a home care package provider. This can be very helpful for families, as it prevents the burden of care from being placed directly on children, who often have their own kids to provide for as well. It also means that costly home care bills can be replaced with a much more manageable system of care and supervision.

However, there is a very real cost to these services; one that will have substantially increased by the time that the millennials of today have reached their forties and fifties. Ultimately, the only way to ensure that the ageing population of Australia retains a high quality of life is to increase taxation and take larger contributions from those who are still working. So, there is a greater strain on families and it is being felt right now, rather than representing a shadowy prospect in the near future.

The question of age is only one side of the story, though. Where you tend to have a very high concentration of elderly people, there is also a deficit of younger workers. This is particularly true in South Australia, as it has the oldest average population on the mainland. Around 17% of its residents are older than 65 years. There is a similar situation in Tasmania, which has long seen an outwards movement of young workers, with the ability to direct taxes and funds back into social enterprises.

Looking At Age from a New Perspective

So, perhaps we’re looking at the issue from the wrong angle. After all, there is no immediate solution to a national age crisis. The effects of the original baby boom period are expected to last until around 2046. At this point, a significant proportion of the older population will pass and the average age in Australia will drop. In the meantime, the states with greater numbers of older people need to be figuring out new ways to encourage young workers to stay put.

This might mean creating more jobs, investing in exciting new urban developments, or making it easier to buy a home and start a family. With a more balanced demographic, states can spread the burden of care more evenly and make sure that every Australian citizen gets the quality of life that they deserve when they eventually become seniors of their community. 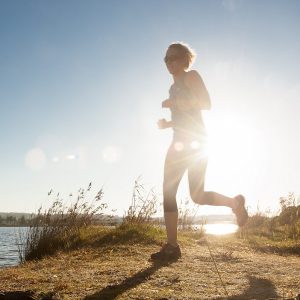 Relax and explore a naturally magic corner of Victoria during the second annual Australian Adventure Festival being held...
© Onya Magazine 2009 - 2021
Back to top