The Roots Of Aboriginal Art And Culture

When it comes to vying for the title of the world’s most ancient human-made thing, there are a few qualified candidates. First, the world’s oldest religious structure undoubtedly goes to the Göbekli Tepe ruins in Turkey. This structure is believed to have been erected over 11,000 years ago. The prehistoric people of the region managed to create the massive stone carvings without the use of metal tools. The site is herald as the starting point of humanity’s religious and superstitious beliefs.

In terms of epic world literature, the Epic of Gilgamesh is indeed the oldest. Archaeological dating methods place the origins to be between 2150 to about 1400 BCE. It is genuinely the world’s oldest fictional tale. However, the most ancient form of artistic expression can be found in cave paintings done during the Upper Paleolithic period. This is between 64,000 and 40,000 years ago. The creative expressions are believed to be the defining trait that differentiates us, the current homo sapiens, from other anatomically modern humans.

The Aborigines have been on the Australian continent for over 80,000 years. This startling information was brought to light after archaeologists managed to date various primal campsites that were used by this civilization. Their culture has been left significantly undisturbed for millenniums. In this article, we will take a closer look at the Aboriginal art and culture and how it has survived the ravages of time.

The Brilliant Use of Symbolism in Aboriginal Art

The Aboriginals did not have a way of writing to convey information. Instead, they relied on the use of symbolism to pass messages across. This use of icons and symbols is evident in their artwork. Archaeologists have uncovered them on various rock faces throughout the continent of Australia. They employed the use of symbols to relay information about what they knew, the events that took place, and their own beliefs. Furthermore, the iconography was used to tell stories and teach future generations about various significant knowledge.

Unlike a reliable essay writer service, where the content produced is straightforward, the symbolism used by the Aboriginals was interpreted depending on the audience. The stories depicted in rock art could be used as educational materials or to denote some behavioural aspects of the culture. Children could learn about the moral pillars of their society through the depictions. The meaning of the iconography would change when the audience happened to be initiated adults.

The canvases that the traditional Aboriginals used consisted of the following.

It was only during the early 20th century when the locals were encouraged to use more modern canvases to display their art and culture. This shift in communication mediums was quite strange to the natives. Traditionally, the older generation passed down vital information to its successor through stories that went hand-in-hand with the symbolism used. The elders would tell stories while drawing certain symbols on the sand.

However, there are some cultural restrictions on what kind of stories got told.

The Significance of Aboriginal Dot Painting

The use of dots in paintings has long been recognized as unique and integral to the indigenous people of Australia. The beauty of the dot styles hides a more profound significance of their use. The art that depicted dots was made on their bodies and dirt during sacred religious ceremonies. The purpose of using them on these surfaces was to ensure that any uninitiated individuals would not be privy to the information presented in the artwork. Eventually, the dirt would get smoothed over while the bodies would be washed. This ensured that only those who were worthy could see the designs.

Modernization caused a shift towards using Western canvases for displaying native artwork during the 1970s. Consequently, the traditional artists began using an abstracted form of the painting to include the dots. This new trend aimed to ensure that Westerners could not understand the intended meanings of the sacred designs. Nevertheless, the beauty of the culture and artwork was not lost when the locals hid the true meaning of their designs.

Make it a point to visit Australia and see the Aboriginal culture first-hand. You can also study more about the symbolism that the people employed to pass on vital information to future generations. The earliest forms of human-made art have been carefully preserved in Aboriginal culture.

The Key Guide To Winning In Sports And Business 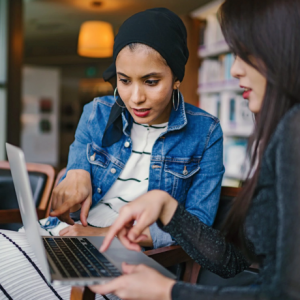 The Key Guide To Winning In Sports And Business

Oftentimes, business is referred to as a game; only those who know how to play this game are bound to win. However, in order...
© Onya Magazine 2009 - 2021
Back to top