Exciting sports cars like the Porsche 911, Ford Mustang, Chevy Camaro, and Audi R8 make for exciting reading, but for most people, such chariots remain dreams. Their horsepower figures, sprint performance, and sky-high prices are the subjects of many bar conversations. The reality for most of us is that we need something we can use on the daily grind. Carpooling, Saturday-morning brunches with the in-laws, and the school run often dictate that said conveyance should be an SUV or crossover with at least seven seats. Here, cargo space and a back seat that can fold into the floor are far more important considerations than a huge engine.

The rising popularity of the SUV means that more people are opting for these practical vehicles nowadays, but a minivan is still a wildcard option. They often offer even more seats and have plenty of space, although they are not as adept at rough-road driving as an SUV. Still, keep them in mind as an alternative way to move many people at once. They are geared for families and offer many family-friendly features.

The Advantages And Disadvantages Of A Seven-Seater, As Opposed To A Five-Seater

Most people would argue that seven seats aren’t necessary, often because SUVs with a third row that can actually be used by adults on long trips are rare and expensive. If that third row is good for shorter distances only, why bother? Wouldn’t that make a five-seater with a proper luggage area preferable? Well, yes, but why not have both? Here are some of the advantages of going the seven-seater route:

Of course, there are some disadvantages too:

There are several sensible seven-seater options among the mid-size SUVs that offer spacious accommodation for five people and an occasional third row. Here are just a few examples:

There are many ways to move up to seven people and the SUV is the preferred template for that kind of job nowadays. However, the biggest models’ high prices will be a deterrent. The best way to move seven (or eight) for the price of a mid-size SUV is still the minivan or MPV. A minivan like the Honda Odyssey is a car-like alternative, while the new Kia Carnival has more rugged SUV styling and a marginally better ride height, so you can transport eight people and be mistaken for driving an SUV if you like that idea.

And whenever you don’t need the third row, just fold it flat and you have a five-seater with an enormous luggage compartment. There are really more advantages to driving a seven-seater than disadvantages. It just depends on how much you want to spend. There are also many used options available on the market and the advantage of that is that the car will suffer less depreciation while you own it. 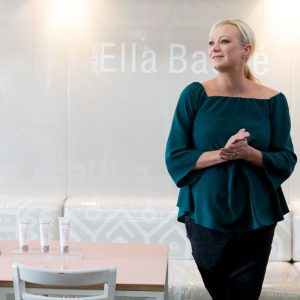 Tell us about Ella Baché, and your involvement with the iconic Australian brand. Ella Baché is passionate about skin...
© Onya Magazine 2009 - 2021
Back to top