The Origin Of Horse Racing In The UK

The thrill of horse racing is one of Britain’s most popular hobbies, from the speed of the horses to the esteem of the breed and the rush of the crowd. It seems that horse racing isn’t declining in popularity any time soon, but its popularity dates back centuries. Here’s a brief history of how horse racing came to be one of the most exciting and popular sports in the UK. If you’re into betting, you would surely want instant results.

Horse racing was actually enjoyed by the Egyptians and Ancient Greeks, but it wasn’t until the Romans reached our shores that horse racing was brought to the UK Apostille. In around 200AD, soldiers were among the first to organise competitions and races. By the 10th century, the popularity of horse racing had increased and prestigious racehorses where a common gift among the wealthy and royalty.

Monarchs such as Charles I and Henry VIII actually set breeding laws and standardised the ruling around the sport, and even the Queen Elizabeth II continues to breed and race horses to this day at Ascot. In 1605, James I set his eyes on Newmarket for creating a stage for equestrian greatness and it remains today as one of the key areas in the UK for horse racing. Over 100 years later, Queen Anne followed the steps of James I and created a racetrack near Ascot, where she is still commemorated today with the Queen Anne Stakes – the opening race which takes place at the Royal Ascot.

Between the ruling of James I and Queen Anne, horse racing was actually banned. In 1654, Oliver Cromwell called for the sport to be outlawed with other sports that were associated with gambling, including wrestling. It was believed that the sport was sinful and even though Cromwell himself kept a stud during this time, others in the UK were forbidden from taking part. When Charles II claimed the throne, he renounced these rules and actually introduced the Newmarket Town Plate which he himself won. Each thoroughbred who races today can be traced back to the Charles II era and there are only three stallions responsible for all racehorses today.

Horse racing is known as the sport of kings, because of its history with royalty, but even though it has a past steeped in wealth and associated with the wealthy, it’s very much a sport of the masses today. Everyone can get watch and enjoy horse racing today, thanks to bookmakers, newspapers and TV events. As the technology in this sport has evolved, there has also been the introduction of photo finishes, starting stalls and more that has made it an even more thrilling sport to watch. It’s an activity that unites millions of people around the country and elsewhere in the world, even those who typically don’t take an interest in sport, from the adrenalin rush of the crowds to the athleticism displayed by the horses and jockeys alike. 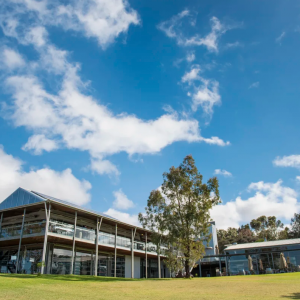