The next time you consider sponsoring a child overseas, or planning a jaunt abroad to volunteer in an obscure mountain tribe in South East Asia, perhaps remember the words of Mother Theresa: “I know you think you should make a trip to Calcutta, but I strongly advise you to save your airfare and spend it on the poor in your own country. It’s easy to love people far away. It’s not always easy to love those who live right next to us.” 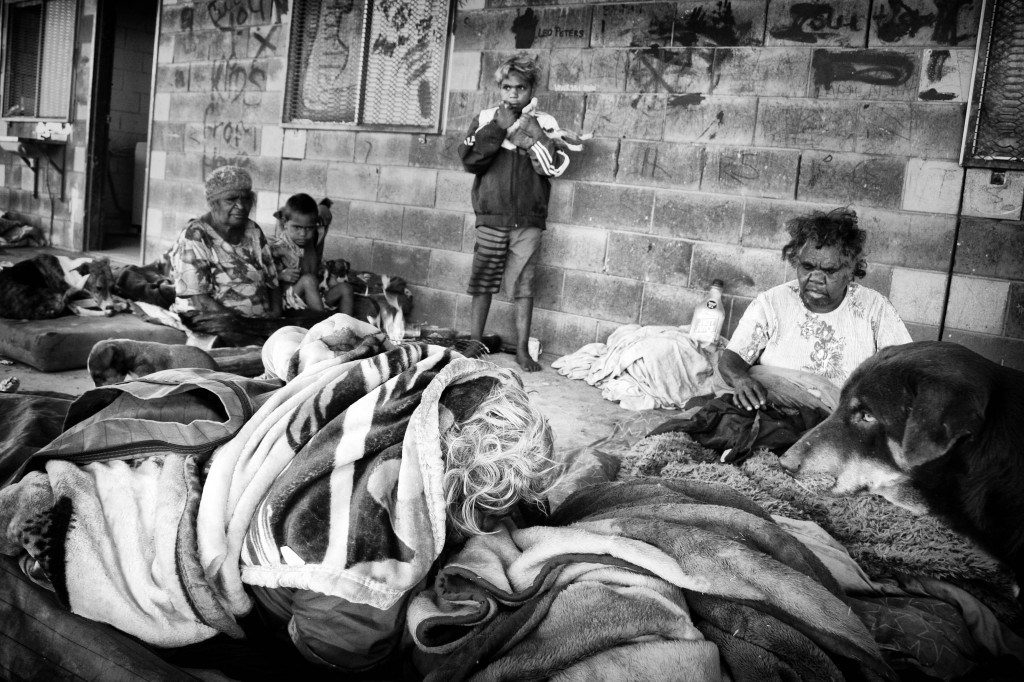 It might surprise you, but our neighbours experience a lower life expectancy of some twenty years compared to the rest of us. They also experience higher rates of infant mortality, higher unemployment rates, and a lower standard of living in terms of health and housing. They suffer more from preventable diseases, higher unemployment, lower house ownership, lower engagement with education and are more likely to be a victim of violence than first world populations.

These people are not located in India or Africa. They’re not our neighbours in Asia or Indonesia. They’re right here in Australia, actually. They’re our Indigenous Australians.

One more statistic: in 2007, UNICEF’s report on child poverty in OECD (Organisation for Economic Cooperation and Development) countries revealed that Australia had the 14th highest child poverty rate. In fact, Australian Indigenous poverty ranks alongside countries as poor as Bangladesh, where absolute poverty – defined by the UN as “a condition characterised by severe deprivation of basic human needs, including food, safe drinking water, sanitation facilities, health, shelter, education and information” – is real.

In other words, absolute poverty is the absence of resources to secure the necessities of life – and it is being experienced right here in Australia. While the majority of those living in poverty in Australia are probably not becoming poorer in absolute terms, they are becoming more numerous.

All the socioeconomic indicators such as income, employment, housing, education and health show considerable disparities between Australia’s Indigenous and non-Indigenous populations. Not only are homelessness, disease and mental illness rising in their communities at alarming rates, they experience higher rates of arrest and imprisonment, plus more problems of alcohol and other substance abuse.

It is perhaps with some shame that we should consider that international aid organisations deem our Indigenous population as in need of humanitarian assistance, listing Indigenous Australians alongside communities in Sri Lanka, Cambodia, and Bangladesh, despite the fact that Australia is considered a developed and ‘first world’ nation. Furthermore, the socio-economic gap between Indigenous Australians and the general population is significant in comparison to Indigenous peoples in Canada and the USA, and Australian policies to combat these issues have failed to close the gap.

So why is poverty considered endemic among our Indigenous communities? Setting aside the relatively recent dispossession and dispersal of traditional communities with the arrival of the English settlers, up until the 1960s many Indigenous Australians were excluded from mainstream services that other Australians received, which led to socio-economic disparities in areas such as employment, health, education and housing. 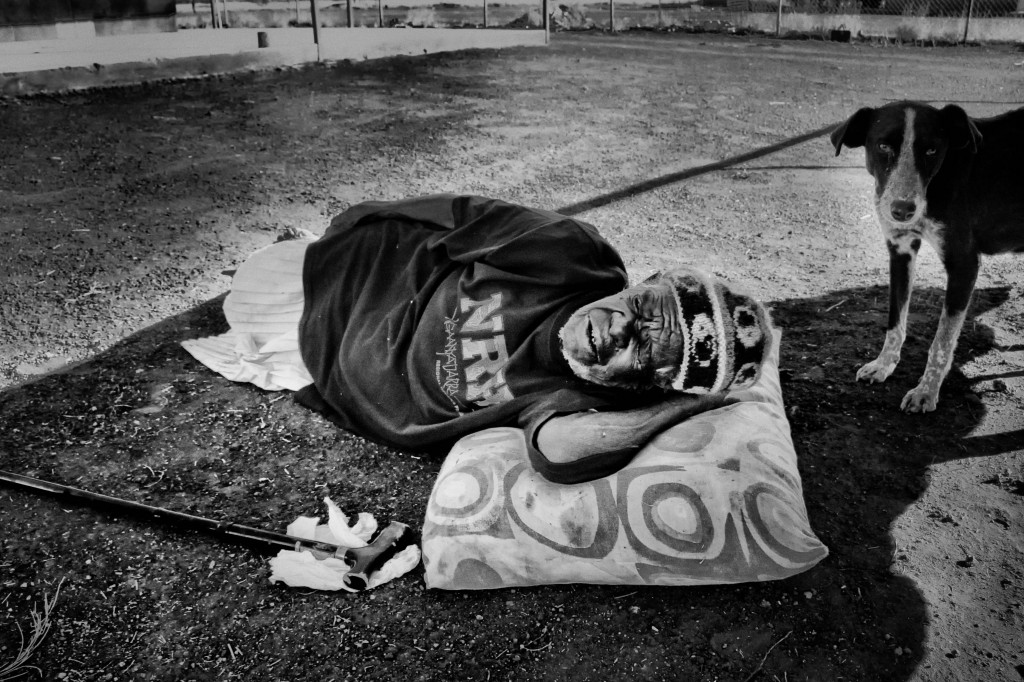 While welfare and social services exist now, the Aboriginal and Torres Strait Islander Social Justice Commissioner in 2001 argued that even today Indigenous people are unable to benefit equally from mainstream services because they are insufficiently accessible. Aboriginal and Torres Strait Islanders have an enduring and intimate relationship with the land and sea, in effect removing more than 50% of Indigenous populations from economic centres. Furthermore, most generic welfare programs and services are poorly adapted to the particular cultural needs of Indigenous people.

Compounding the problem is the rapid movement from exclusion to inclusion in a welfare system which promotes dependency, and has been described by many as a poverty trap. The 1994 National Aboriginal and Torres Strait Islander Survey found that government payments were the main source of income for 55% of all Indigenous persons – in contrast to a rate of some 13% for non-Indigenous Australians. Poor educational outcomes, low rates of labour participation, low income and welfare dependence prevents many Indigenous individuals and families from accumulating capital, which in turn leads to inter-generational poverty: the poverty trap. 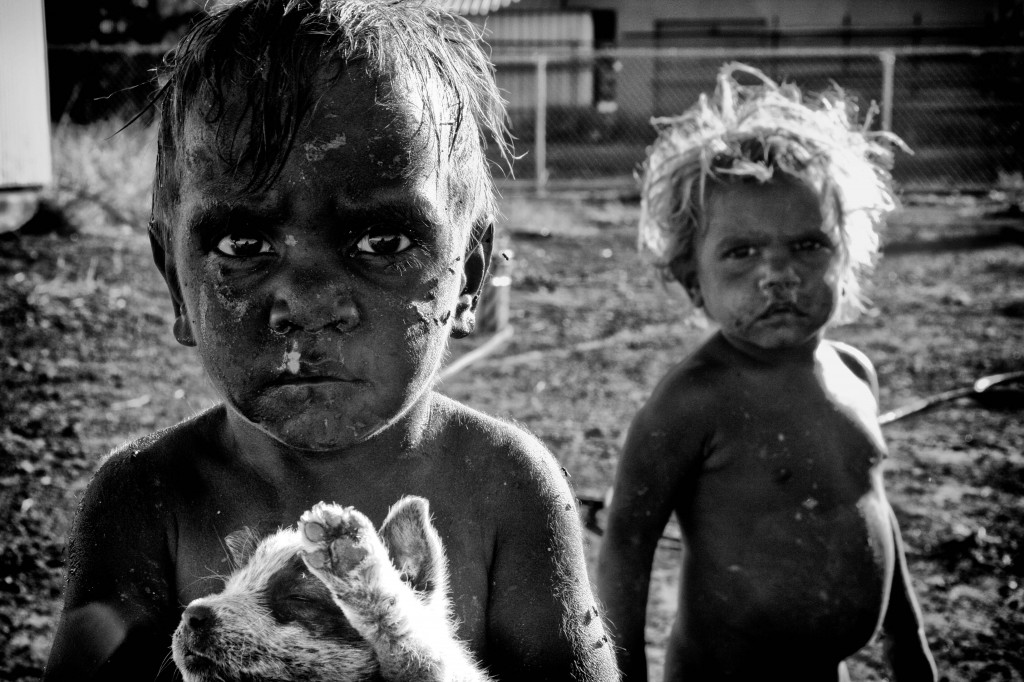 The poverty trap can be traced to the placement of Indigenous people in missions, when children were taken away from their families and homelands under the government policy of “assimilation”. Forced assimilation destroyed the social fabric of indigenous communities, creating a culture of low self-esteem and lost dignity. Worse, the poverty trap has created a cycle of abuse and family breakdown that is replayed through successive generations.

So what’s to be done? Unfortunately, there is no simple solution to the problem. But various organisations are working to empower Indigenous people at all levels through programs involving advocacy, diplomacy, lobbying skills, and general self-determination skills, and by funding and volunteering with these organisations, we can, hopefully, make a difference.

So before you go racing off to Calcutta, remember the words of Sister Theresa, and consider getting online and investigating options to help, right here at home.

we think this is sad , you need to stop spending thousands of dollars making commercials and help these babies with that money !!!!!!!!!!!!

We agree – it’s incredibly sad. We’re proud that we were able to shed some light on this huge issue, and do our little bit to help out. We’re also proud that members of our team assist Indigenous Australians in various ways – via charity, assistance, support, as well as on the ground help in remote areas.

I’m not sure what the reference is regarding us spending thousands of dollars making commercials – this is certainly something we’ve never done – and we encourage all readers to do their bit for these children and adults living in our own backyard.

Thank you for this article. I am currently writing a blog about the situation and will be quoting you as one of my sources. It should not be so difficult to find these statics, funnily enough- it is.
It seems were are in ill-informed nation and a nation in denial.

Hello 🙂
i just wanted to inquire if all these images taken recently?
thankyou

Why does it have to be one of the other? There is no reason you can’t do both, and hope communities both here and abroad.

Why does it have to be one of the other? There is no reason you can’t do both, and help communities both here and abroad.

I think that they are amazing the end

Thanks for the article. Charity begins at home! One can help both, local and international charities to help the poor, if they have the means. But i tend to agree that one should not turn a blind eye on issues of poverty closer to home .

Are the dogs okay

Above: Gina Brooke hard at work... As a Hollywood make-up artist working in an age of digital technologies, Gina Brooke...
© Onya Magazine 2009 - 2023
Back to top