The Ever-Growing Popularity of MMA in Australia

Throughout the last few years, there has been an increasing number of high-level mixed martial artists from Australia that have graced the Ultimate Fighting Championship. Regarded as the world’s largest and most powerful MMA promotion, it’s a testament to Australia that up-and-coming athletes have reached the sport’s pinnacle in competing for world championship titles. So, why has MMA become so popular in Australia?

The Emergence of World Championship Fighters

Perhaps the most well-known Australian combat sports athlete to have competed for the UFC in recent times is Robert Whittaker. Having made the transition to the Las Vegas-based organisation in 2012, the Reaper won ten out of his 13 total fights. During this period, the now 29-year-old enjoyed a nine-fight winning streak which spanned across four years. Unlike many in the UFC, Whittaker has been fortunate enough to have been able to achieve his life-long goal of winning the title in his respective division. Moreover, in defeating Yoel Romero for the middleweight title at UFC 213, Bobby Knuckles became the first Australian to become a UFC champion.

Following his title-winning success, Whittaker raised the bar as to what Australian mixed martial artists could achieve in the UFC. Since then, however, the Reaper’s achievements have been matched by his fellow countryman, Alexander Volkanovski. At the time of writing, the 31-year-old featherweight champion has enjoyed a flawless record since starting his UFC career, which peaked when he pulled off an upset to defeat Max Holloway for the title at UFC 245.

Aside from the emergence of title-winning fighters, Australia’s new-found love of MMA has enabled the UFC to expand their global reach. Over the last few years, the top-level organisation have opened up numerous gyms across the globe in seeking to encourage heightened involvement and maximise athlete abilities. At present, there are many of these facilities throughout Australia, including eight within New South Wales.

The UFC’s expansion into Australasia has not only been beneficial to those coming through in Australia, however. Along with the current middleweight champion, Israel Adesanya, Dan Hooker is also riding the wave of MMA’s continually-developing popularity in New Zealand, according to Newshub. The Hangman claimed one of the biggest wins of his UFC career when he headlined UFC Fight Night Auckland with Paul Felder back in February.

Due to the increasing involvement of Australasian fighters in the UFC who are in the upper echelons of their divisions, the sport’s rising popularity has resulted in combat sports betting becoming more common among contemporary online casinos. As well as a wide array of NZ casino bonuses being offered across traditional games, such as baccarat, blackjack, and poker, operators such as Casumo ensure that prospective bettors can also bet on their favourite UFC fighters, including, Adesanya, Hooker, and Whittaker.

In terms of the UFC, those from Australasia on the current roster have laid the foundations for further title-winning glory in the coming years. In addition to inspiring the next generation, the expansion of UFC facilities into both Australia and New Zealand will likely be the catalyst for further growth in the region, with vaster numbers of people now having access to high-level training equipment.

The Future Of Working From Home: Tips, Benefits & Essentials

Death or Glory: What Exactly Has Gone Wrong for Perth’s A-League Giants? 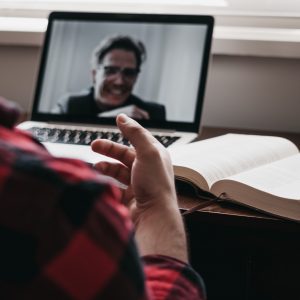 The Future Of Working From Home: Tips, Benefits & Essentials