A lot has evolved in the industry of film. The film industry has made some advancement is not just digital equipment but also mechanically. In the early days, there most filmmakers used movie cameras to capture sequences of photos in quick successions. However, with time, they adapted better ways to produce high-quality video films. They now use colored TV screens, portable film equipment, camera rig, and sounds, among other film tools.

Currently, a lot of digital experts are transforming the industry using internet sharing, and so much content is consumed. It has been made more accessible, and the gap between consumers and the filmmakers has been minimized. This makes it easier to play films on smartphones and laptops on the go. Well, everything is now being digitized, even writing services. RankMyService will help you choose the best one, if you need one. All the same, this has been made possible by some of the following innovations.

There are now tech equipment such a 4k+ 3D and even the Ultra high 3D that is used for shooting action sequence movies. A camera can use more than one lens for capturing details to display contents on the screen. You can use it to capture live-action and play it back. It has features like editing plug-ins and also VR audio records. Although this kind of tech is expensive, it continues to help filmmakers and those aspiring to transform the industry. One more advantage is that it provides quality picture standards that can be used by essay help writers.

If you are a student in the film industry, there are now film drones that are used in producing aerial view sets. The drones have been designed to process data and have knowledge as well as algorithms on film making techniques. You can take the angle of different sections when shooting a film. There are some that have GPS tracking dives and can comfortably be operated on:

Also, the filmmaker can comfortably tailor shots according to how he/she sees fit. You can also operate at a higher speed and altitudes, which also depends on the drone model. The drones make the right equipment for the cinema because they are portable.

3D printing gadgets are slowly becoming an option for most filmmakers. You can now do follow focuses, clapboards, lens ring, and even tripod plates and even more. It is easier and better, producing quality printing at less cost and time. However, the challenge for this kind of gadget remains in the speed and its affordability, especially for students.

The industry has also brought in new techniques that initiate fresh ideas into the filmmaking procedure. There is no vast film equipment in shooting films because it can be conducted on smartphones. Smartphones have now promising to become the next big thing of creating movies and both aspiring and filmmaker adopt process. Nowadays, short and small films are being created through the use of smartphones.

The dual camera VR provides a different type from the standard video camera. It can shoot in different directions providing you with a 360 degrees view angle. There are companies such as Google that work tirelessly to innovate professional cameras while the rest develop their cameras for customers. However, you will need the virtual headset for creating a 360 degrees video. The tool is efficient and affordable.

This equipment is one of the most promising you need to familiarize yourself with. Drone goggles make the right equipment for viewing live shot feeds and can be utilized for protecting your eyes. There are some which have inbuilt output audios with small speakers giving you a good experience in the filmmaking. Also, the equipment has an audio jack for plugging in your headphones for a better quality of sound.

The tool helps in editing many of the different areas of film making, which may include facial recognition, idiom appliances, and automatics labelling. It is one of the innovations that tend to scare a lot of people since it may replace the human film and need for video editing.

Well, the above technological tools are some of the best innovations, which you may want to get used to. From the look of it, they are the future of film making, and as an aspiring filmmaker, you need to know more about them. 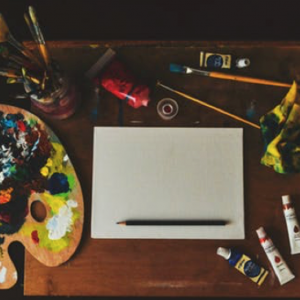