The upcoming Rugby World Cup in Japan is already drawing too much attention as the participant nations prepare to take a shot at the most important trophy in this sport.

Japan will be the host of the ninth World Cup tournament, held from the 20th September until 2nd November. Twenty nations will try to make some notable results, some of them having more chances than the others for such a thing. The previous one was held in England four years ago, and New Zealand won retained the title.

There is plenty of betting offers too, which would be very interesting to take. Who will reach the finals, the top scorer, group winners, etc.All sorts of betting options are available, the only thing is finding a perfect one. The most popular are about the winner of the entire tournament, and we are here because of that.

The bookmakers already made and published odds for that.

For all of you who are into rugby, we don’t have to tell who tops the contender’s list. New Zealand is by far, the biggest favourite to take the third straight crown and to become the first nation to do such a thing. At the moment, All Blacks are sitting at 6/5. For many, this is the safest bet for the entire tournament having in mind their current form and shape of the team. In the latest test, they demolished Australia with 36-0, and sent a strong statement to all other possible challengers. Just to remind you, the Aussies played against them in the finals back in 2015.

The two teams who are coming after All Blacks, are England and South Africa.

If you remembered back in England in 2015, the Springboks were the closest team to beat New Zealand. A 20-18 defeat in the semifinals still rings in the heads of all the South African players, and the motivation for getting even with the champs is something which will push Rassie Erasmus’ guys as never before. And right now, they are looking good. During the Rugby Championship, South Africa trounced Australia and played 16-16 with the All Blacks away from home. So, they once again come as the guys who might dethrone the champs.

England has the same odds as Springboks – 9/2. In the last few months, we’ve seen the English team shifting into a higher gear, and truth to be told, they look pretty good. Although they haven’t won the Six Nations Cup, these guys have posted some excellent performances over the course of time.

In our opinion, Wales might be a dark horse which will amaze the world. This nation recently become the No.1 in the world rankings, surpassing New Zealand, and is in the best form before the start of the tournament. In the latest 15 matches, they experienced only one loss, against England in the friendly international, but immediately responded by avenging that against the same rival. Also, the Welsh unit is the current holder of the Six Nations trophy, and that needs to be recognised.

In spite of all that, the bookmakers are not giving them too many chances. Odds on them to take the trophy are 8/1, which is superb for the ones who like to take a risk. And after seeing how Wales plays, this could be an excellent choice.

How To Stop Your Kids Fighting Over The TV 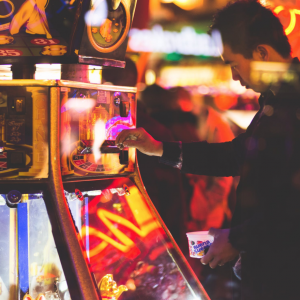 In the online gambling world, there are only very few game providers that can compete with the gaming company named Microgaming....
© Onya Magazine 2009 - 2020
Back to top