Restraining Order Violations: A Handy Guide To Keep You From Committing  A Criminal Offense

Domestic differences are common in most homes. However, a dispute may escalate and require external intervention. In such scenarios, many seek court orders to resolve their disagreements.

If there is a case of reported abuse, the court may issue a restraining order. It is essential to understand the elements that pertain to the term, ‘abuse’ when we talk about domestic violence.

The Laws of domestic violence states that ‘abuse’ is:

Now, these rules apply to everyone who is or has been in an intimate relationship (married or domestic partners), live or lived together, dating or were dating, or have a child together. It also applies to close relations such as grandparents, in-laws, etc.

And, it’s vital to understand that abuse is never just physical. Abuse can take many forms, and an abuser may use several tactics to exercise control over the abused.

Thus, a restraining order is imposed upon the alleged abuser to protect the victim from abuse.

There are two types of restraining orders:

TROs are imposed upon the alleged party to protect the life, health, or well-being of the victim.

Final restraining order (FRO) – The alleged party gets to appear in court and challenge the request of a FRO. If the plea of a restraining order is accepted, the order stays permanently in place until the terms are modified, or the FRO terminated.

A restraining order violation is a criminal offense in many states. However, a violation may be done unknowingly or unintentionally.

This may happen if the accused was never served with a copy of the restraining order. Another instance is when the accused may not be aware of the conditions about the order.

There are many ways that you may violate a TRO or FRO. Here are naming a few:

If there is any chance you may have violated the protective order, it is best to seek professional help. Getting in touch with a domestic violence defense attorney is your best bet.

Protective orders are not something to be taken lightly. Any violation following an order from court results in a misdemeanor or a criminal offense. And, you can end up serving jail time. So, it’s smart to get a lawyer to represent you and follow all the conditions of a restraining order to the tee.

Maintaining A Happy And Healthy Relationship With Your Partner

Why Taking Up The Arts In College Makes More Sense Now 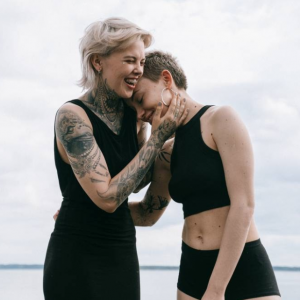 Maintaining A Happy And Healthy Relationship With Your Partner

Relationships can be tricky things. They can make us the happiest we’ve ever been. They can also make us feel sad or down...
© Onya Magazine 2009 - 2020
Back to top