What are the most important subjects taught to our children in primary school? Mathematics. History. English. Foreign Languages. Politics. If you thought the last subject felt out of place, you aren’t alone. During my time at a state primary school in the South Eastern suburbs of Melbourne, politics was a barely touched upon subject – I scarcely recalled learning about the separation of powers or the Australian Federation until at least the intermediate years of high school. Although it didn’t deter me from higher studies of politics at VCE and tertiary levels, it would seem an exception to the rule. In Australia it’s compulsory to vote in elections – another exception to worldwide democratic norms – but are we afforded a suitable introduction to our vital institutions, civil society and its processes to make an informed decision from a young age and into maturity? What is meant by “political literacy” in 2011?

According to the influential 1978 Crick Report commissioned in the United Kingdom, a student that gains a firm grasp on political literacy through his schooling is thought to:

“[Have] a fair knowledge of what are the issues of contemporary politics, is equipped to have some influence, whether in school, factory, voluntary body or party and can understand or respect, while not sharing, the values of others.”

Can we as Australians proclaim without any apprehension that we are passing this literacy on to our children? Is it an indictment on our democratic institution, which enforces compulsory voting?

The Melbourne Declaration on Educational Goals for Young Australians released last year is the fundamental document that underpins the formation of the new Australian Curriculum. One of its key aims is to produce “active and informed citizens” that “are committed to national values of democracy, equity and justice, and participate in Australia’s civic life,” seeking to address this chronic lack of political literacy in Australia.

In a study undertaken by Ian Fyfe in 2007 entitled Hidden in the Curriculum: Political Literacy and Education for Citizenship in Australia called for a “growth in political education in the form of civics and citizenship” due to a very real concern in the education community of a “worrying low level of knowledge and attitude towards the institutions and structures of formal politics from young Australians.”

The last major effort to unify the Australian curriculum in April 1989 in the 10 Common and Agreed National Goals for Schooling in Australia was “enhanced rhetorically” but had no stringent effort to bring civic and political education into fruition. In 1997, the Discovering Democracy project was launched to remedy insufficient levels of “civic understanding amongst teachers and students” but its lasting effects were inconclusive, failing to address alternative methods of political engagement in the modern world. 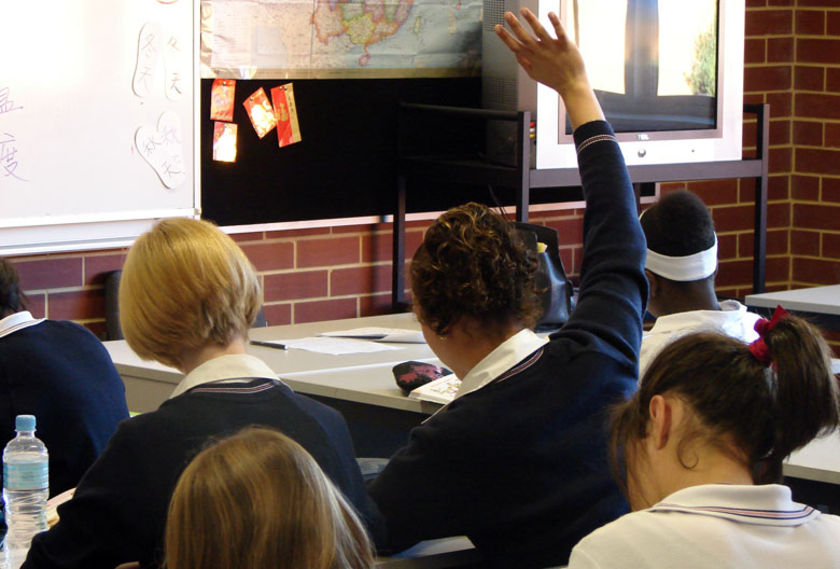 After 21 years of lip service to building political literacy in primary and early secondary schools the assessment of achieving political literacy by current commentators isn’t optimistic. Haig Patapan, a Senior Lecturer at the Department of Politics and Public Policy at Griffith University wrote in 2005 that “Australians seem uninterested in the Constitution” and the underlying political developments that led to Federation. Arguably, the passion for trades, the arts and sciences has to start at school – but why not politics?

“The way I look at it, back in about 1993-94 the Keating government set up a working party to examine [political literacy] at a young age and introducing it as ‘civics.’ When I taught at Mandeville [Hall Grammar School], we introduced a civics program around about that time – ’95, 96 and introduced at year 9. We had a semester of politics, legal studies and some economics as well and wrap it all together with some big case study. I believed in that and I thought it did a lot of good. It helped a lot of kids who then may have wanted to choose any of those subjects at year 11 and 12.”

Farnsworth is a consummate observer of politics, gaining a sizeable following on his Twitter, the social media outlet of his comprehensive resource on political studies for school-age students, Australian Politics. Malcolm is also a frequent contributor on politics, elections and education for the ABC Online commentary and debate site, The Drum. As one of the consummate believers in primary and secondary school political education, he believes that schools may have teachers that “fight” for politics in the curriculum but once they’re gone, the program goes with them as Farnsworth explains.

“Since I left Mandeville, for example,” he says, “that program has gone, and that’s a common story when teachers are into any sort of niche subject go, often the subject goes with them. As a result, the numbers for the VCE level subjects have plummeted. So there’s not much happening at the secondary level.”

Malcolm’s assessment is fairly accurate: In a report by Deborah Henderson of Queensland University of Technology, the status of citizenship education and the value dimensions of studying is “unknown” across the Kindergarten to Year 10 spectrum. In an article for education focused Ethos magazine by Gary Shaw of the Victorian Department of Education and Early Childhood Development, it reveals that professional teacher training is for politics and civics is “low” and although exemplary programs exist, they aren’t uniform and are an overall “low priority.” One such external program is the Victorian Electoral Commission’s Passport to Democracy blog, which provides links to information about current events and offers workshops to interested secondary schools. At the end of the day, it’s really up to the teachers and coordinators to take them up on the offer.

One alternative to class-based education is for practical, experiential education such as having children participate in Student Representative Councils and state-wide “congresses” that promote active citizenship in schools and act as a model for a wider “civil society.” Another is the Constitutional Convention program that allows students to debate current issues in Australian society such as changing the flag, or whether Australia ought to have a bill of rights and were attended by MPs and other political educators.

There exists pathways toward a National Convention and other non-government organization run programs such as the Model UN or YMCA Youth Parliament, but participation in Victoria was meager at best: only 14 schools sent approximately only 250 out of over 383,345 secondary students statewide and over 1.46 million nationally, the numbers don’t bode well for a current spread of political education in the early ages.

Malcolm is fearful that people of a young age, if not exposed to political education in their formative years will only take up political education when “something comes up and hits them on the face,” he says. “I mean, that’s fine; that’s life. It’s no one’s fault that they’re younger and haven’t experienced something; that doesn’t bother me. But it really does go back to those questions of ‘who are we voting for’ and ‘how does it actually work’ – it’s quite sad when you find people that don’t know those basic facts.”

Hopefully, we’ll get to a situation where the next generation of voters will have a better grounding in citizenship and government than walking up to their first polling place and having a “how to vote” card thrust in their face. If we insist on continuing the policy of compulsory voting in this country, it only stands to reason that we teach our children the fundamentals of what that vote means. Hopefully when the Australian Curriculum is completed, the imbalanced and indolent rhetoric on civics and citizenship education transforms into real policy and real action.

So, It Seems The World Is Ending...

It is one of my biggest regrets from my WA public schooling that there was not enough (almost zero) focus on politics. My private-school friends are multi-faceted in their knowledge from Political and Legal studies units I wasn’t exposed to throughout school. If it weren’t for my interest in the subject due to my work as a journalist, I’d have no idea what political Australia looked like.

A great article and all the more relevant given current debates about the atrocious state of Australian politics (cue Robert Manne, Lindsay Tanner etc.). Perhaps if we attracted astute minds into politics from an early age, rather than power-hungry show-ponies, we might have a better state of political affairs here in the Lucky Country.

When voting is compulsory the political parties do not need to motivate their base. They focus all their efforts on the swinging voters at the centre and in doing so, they confuse the crap out of the electorate. This facade of centrality, and let’s hope it remains a facade otherwise we’re in big trouble (single party system) is killing our democracy. It’s almost impossible for some people to tell the difference between the major parties. And rather than the parties educating the electorate on what they truly stand for (left and right) and needing to motivate, inspire, and empower the electorate, they threaten us with fines for not complying. This leads to uninformed people taking stabs in the dark on polling day merely to avoid a fine. Many countries where voting is voluntary have higher voter turnouts than we do including Sweden, Denmark, Iceland and Malta. And there are many more. Here people don’t appreciate democratic freedom, because it doesn’t exist. Here, freedom is mandatory and people don’t realise than when freedom becomes mandatory, it ceases to be freedom. Rather than stealing people’s freedom away to encourage people to exercise that freedom, the political parties need to empower people, and make people believe in democracy and believe in freedom. It shouldn’t be so hard. Education is better than threats of fines and violence.

I don’t remember learning anything about politics at school, and I know I have had to educate my parents about how the electoral system works, and my knowledge is rather basic and self taught. 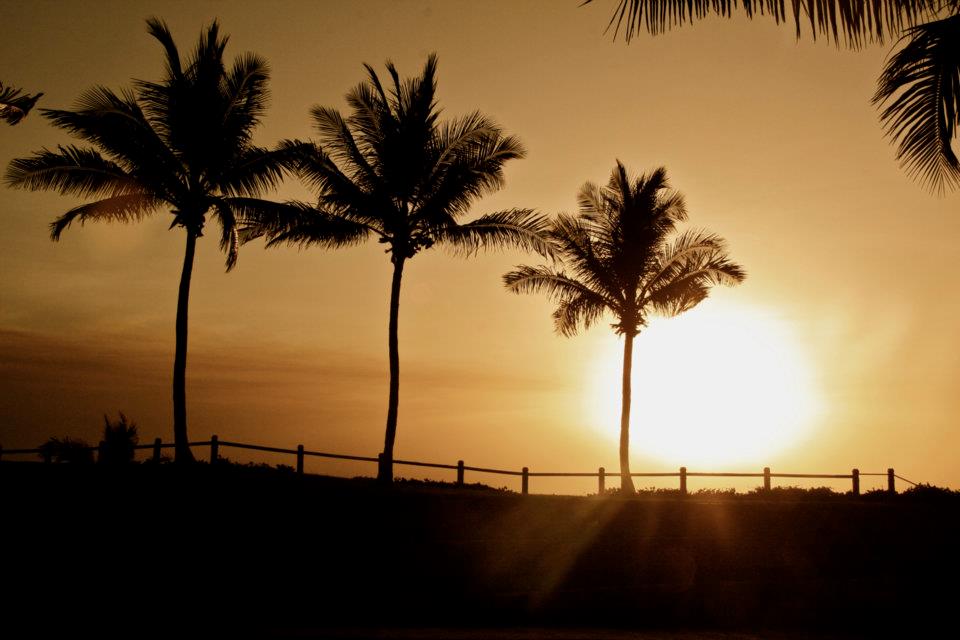 Yee ha! Your bag is packed, your passport is valid and you've got the feeling that you're about to land directly into the best...
© Onya Magazine 2009 - 2020
Back to top