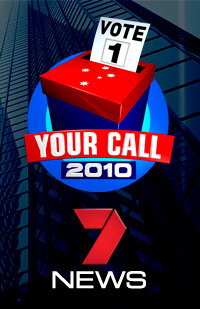 It’s finally happened! Well, I’m not that excited – or am I? Relatively speaking, it’s the most exciting event of the entire campaign (so…far?). The do-nothing attack dog Coalition “team” is beating the boring ole ALP “team” on points for the first time since…umm…1996? If this was a netball match, I’m sure the umpire would probably be shouting “obstruction” more often than allowing play, so well done, I suppose. Although the latest Galaxy poll (at time of writing, 28th of July) shows the two-party preferred vote at 50% a piece. Thrilling.

For those who are about to spill their cash (ooh, there’s that word again) on betting that a one-term incumbent government will lose office, the last time that happened the Great Depression occurred two weeks after the election, a leftist faction broke away from the Labor Party (no chance of that happening now, right, Penny Wong?) and the Treasurer was embroiled in a massive mines scandal. Swan looks squeaky clean enough…right? Or maybe such a rort is beyond his capacity? 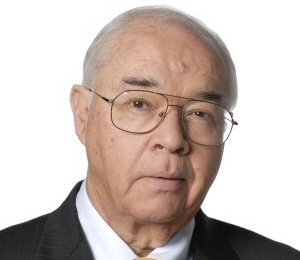 But hey, this isn’t the politician’s election anyway. It’s the media’s election (as per usual). We’re not being asked to vote for the ALP or the Coalition (Yes, I am aware that there are minor parties. The…The Greens? Is that right?) but for the TV news services. We’re being asked to “Trust the experience” of Channel Nine. You can “Vote 7 News” on Facebook. Man, it’s going to be confusing when I can’t choose between Laurie Oakes, Glenn Milne or Paul Bongiorno at the ballot box on polling day. (Just as long as we can vote out Annabel Crabb. She does work for us, in a way.)

Looks like Obama fever has hit the Australian Labor Party yet again. No, it’s not the obvious shared ailment that is currently plaguing the American President (I like to call it pollslumpinitus) but it’s their fervor for “saving the environment” by stealing their cash for clunkers policy. I think both sides of politics just want to say “cash” a lot. Pork barrel with our tofu? It was bound to happen. Mmm. Cash. The ALP loves the environment so much they want us all to save it. All of us! Together! Aww. Can you feel the love (for the environment)? The wishful Gillard Labor Government wants to pick 150 people in a “Citizen’s Assembly” to talk about saving the environment because the current 150 people that we, the people, pick who have been talking about it for the past five years haven’t been talking about it properly, so we need 150 new people to talk about it in a proper way. I mean, the last time the world had a Citizen’s Assembly, it went great. But the fact we even need a Citizens Assembly just shows that politicians yet again think we don’t have the capacity to govern ourselves. Oh no, I dropped my ice-cream – what do I do now? Ring the government, someone! 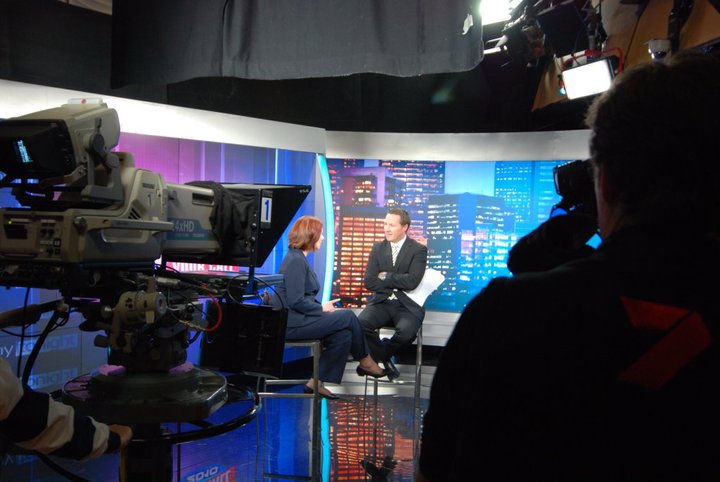 Talking about being dependent on the government, rejecting the National Broadband Network seems like dumb politics on the Coalition’s part. In this election, however, doing nothing seems like harm minimisation rather than going without. Sort of like staying hungry on a diet at 2am instead of taking a trip to McDonalds and ruining all your hard work.

Later in the week, we encountered Kevin Rudd as “The Saint” or “Danger Man” as the phantom leaker of documents to destabilise the government as a “Liberal party plant” according to former Howard Government minister Alexander Downer. Yeah. He was the Prime Minister. The Prime Ministership is highest seat of power of in Labor party AND the country. I think someone in the Labor Party would have noticed if he WAS working for the Liberals. But hey, that’s just me. Get well soon, though.

Former Australian Democrats leader and ALP defector Cheryl Kernot surprised every political junkie in the land by announcing her candidacy for the Senate in NSW. Let’s see if she can bury the Democrats legacy; or rather continue it by not even winning enough votes for the public funding of her next campaign.

I should probably mention the Greens at some point. When they do something, please let me know.

Tom Valcanis has an Ethernet port installed at the back of his head to monitor election news on the internet in real time. He’s only upset because he didn’t shell out the extra twenty bucks for the wireless network card instead.

The Royal Exhibition Buildings will again play host to Melbourne’s Premier Food and Wine event, Taste of Melbourne,...
© Onya Magazine 2009 - 2020
Back to top