Holocaust survivor Halina Wagowska becomes tense, as she rustles forward in her chair. With a sense of conviction in her voice she says this moment in time will be seen by future Australians as a “dark period in our history.”

That dark period is the current state of Australia’s asylum seeker policy, which Wagowska says is inhumane and terrifying to people like herself, who escaped persecution to begin a new life here.

Polish by birth, Wagowska arrived in Victoria by boat in 1948, and is one of the last remaining survivors of the Auschwitz and Stutoff concentration camps, described by the inmates as “the bottom of hell.”

From age nine to fifteen she lived through this hell, losing all her relatives and doing what she could to survive the Holocaust.

“For some weeks we loaded bodies from the gas chambers into the crematoria ovens and then spread the ashes to reclaim the swampy ground nearby,” she says.

“No one can emerge untouched from experiences like mine.” 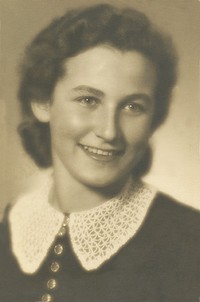 Wagowska is a prime example of what refugees can bring to Australia, and has turned her traumatic experiences into helping others suffering minorities, such as Indigenous Australians.

She founded two houses for homeless youth in her 60s, and worked as a fundraiser for an Aboriginal school in Healesville.

Now 83, Wagowska is also a trenchant activist and has written hundreds of submissions to parliamentary Senate inquiries on proposed human rights and education laws, for the Humanist Society.

She says the fear that has been created around asylum seekers and refugees is due to a resurgence in shifting the blame for political purposes.

“It’s depressing to see how well scapegoating works,” she says.

“I think we need to process them (refugees) and accept them into our country.”

She saw the beginning of a shift to refugee scapegoating in the mid-1990s, after Pauline Hanson won primary votes from Queensland farmers.

“I could see Hitler tactics,” she says of Hanson and One Nation’s policies.

Wagowska says the fear that was created by One Nation has surfaced again.

She believes we need a national set of human rights to prevent these attitudes from becoming commonplace.

“The Holocaust shocked civilized nations, and with the statement ‘never again’ the Universal Declaration of Human Rights was born,” she says.

“It became the basis for Bills of Rights enacted by all democratic nations – except Australia. I do not understand why we don’t have a national Bill of Rights.”

Wagowska says a significant influx of refugees is promising for the advancement of many of our industries, particularly rural.

She says an influx in labour could contribute to improving our recycling industry, and subsequently our environment.

“We cannot support a growing population without putting work into these industries,” she says.

When Wagowska arrived in Australia she was “another bloody reffo”, and the lingual and cultural differences were a shock.

She says for many refugees, sudden freedom presents a myriad of difficulties.

“Liberty was difficult at the start. I had to plan time, and catching up with everything was very overwhelming.”

After suffering post-traumatic stress herself, she recognises that refugees need a way to transition into society.

She says a place like a halfway house would help them settle into Australia. 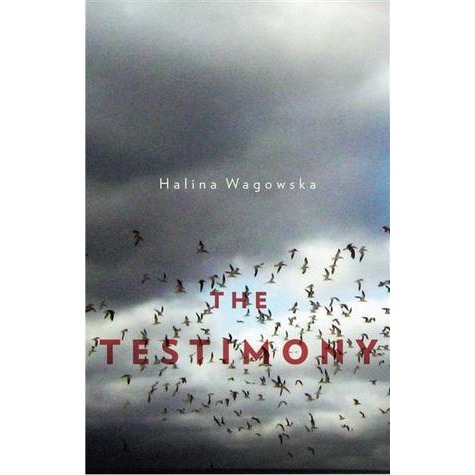 Wagowska has written about her experiences in her book The Testimony, which was published in 2011 and is now in its second run.

In this autobiographical work she describes her reactions when she first arrived in Australia.

“I had arrived full of hope for starting a peaceful life, but anxious about my ability to cope with so many adjustments.”

Describing the Holocaust, she writes: “Evil succeeds only when good people stay silent.”

She doesn’t blame those who stayed silent but she is fearful that Australia’s current attitude to human rights, particularly those of refugees, could lead to further evil.

Reflecting on her experiences in the ghetto, she sometimes still feels as if she is “walking through the ashes again.”

Although it was difficult to get these experiences down on paper, she is proud she has shared her story and created a legacy.

She hopes it will challenge Australians to respect the human rights of others, not only of themselves.

“My goal is to testify,” she says.

“I want to do something productive, before I drop off the twig.”

Australia's Most Unexpected City Proves It's A Top 10 Hit

Most people have no idea of what the Human Rights Charter 1948 is nor what it is about. It is incredible that it is not a major part of high school curriculum and published at all Cenotaphs [War memorials] Australia wide, after all so many died so that it, including the United Nations, could eventuate.
I congratulate Halina Wagowska and Onya Magazine for raising this issue..

The Holocaust and Australia’s asylum seeker policy. | My name is Asher Hirsch

The comparisons between the policies of the Nazi party and Australia are disturbing.

The horrors of the Holocaust birthed the Universal Declaration of Hunan Rights and the rise of the human rights movement. However, we still haven’t learnt from these mistakes and are still violating basic human rights.

I often ask people: what would you do as a German citizen in WW2? What are you doing now?

To be complacent is to side with the oppressors.

If you are not speaking up for justice and compassion on behalf of refugees then you are on the side of the oppressor. Lobby your MP for an end to mandatory detention and the release of asylum seekers found to be refugees with the dubious ASIO security risk label.