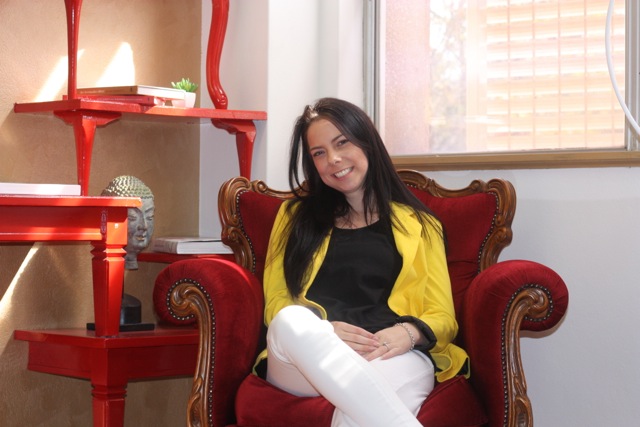 A country girl from Tamworth, Leonnee Pinchen-Martin graduated from the CATC Design School in Sydney and went straight into a job at marketing agency M&C Saatchi. At 21 years of age, while pregnant, she was diagnosed with a serious heart disease. With a new lease on life following a heart transplant and recently starting up her own creative design agency, she chats to Brittany Stewart about almost working with Miranda Kerr, recovering from heart disease and juggling a busy work and family life.

You started your career at M&C Saatchi as a Junior Art Director – what was that experience like?

It was amazing. The agency contacted the college and asked the teachers for recommendations. Four were interviewed and two offered positions, one of which was me. I was so lucky for my first job to be with such a huge agency – there were so many people to be inspired by.

The agency has an impressive list of clients, who was your favourite to work with?

I worked with David Jones, which was really fun. Obviously being a young female interested in fashion, it was great as I got to see the new fashions that were coming through. I didn’t actually physically work with Miranda (Kerr) or Megan (Gale) but working with their pictures and the ads – it was great. It was actually really surreal, especially with me being a country girl. Moving down to Sydney, doing this great course and then being straight into that first job with David Jones with Miranda Kerr and all of those kinds of people – it was definitely surreal but it was amazing.

Your work there was cut short when you found out about some health issues – when did you find out there was something wrong?

I was fine up until I was pregnant, then at 37 weeks I first started noticing something was wrong.

And what was it?

Getting really short of breath was the main thing and obviously being 37 weeks pregnant, I thought it was the baby. I couldn’t breathe properly and was getting tired from doing the smallest thing, like doing the dishes – I was just exhausted afterwards. Everyone else around me also just put it down to the pregnancy. It went on for about two weeks before it got to the point where I was sitting down and exhausted after not doing anything at all. Then I went to my doctor.

Were you aware that you would need a heart transplant straight away?

No, not straight away. When I first went to my GP, they thought it was just a blood clot to begin with, so they did all the tests for blood clots as it’s quite common with pregnancy. When it wasn’t that, they did a few other tests trying to determine what was causing my shortening of breath. I had an echo of my heart, which is where they picked up that I had an enlarged heart. I was diagnosed with peripartum cardiomyopathy. The doctors couldn’t determine whether it was hereditary or just from the pregnancy, as some women can develop it in pregnancy but then recover from it after they’ve given birth. I was sick for three months before I started to deteriorate and it just got worse and worse so I was transferred to St Vincent’s for a transplant.

Did your condition affect the birth of your son, Levi (now two years old)?

No, luckily there were no complications with him and he was delivered totally fine. Once I had been diagnosed, I began to go into the early stages of labour, so they did an emergency caesarean.

How long were you waiting for a transplant?

While I was on the transplant list I had open-heart surgery to get an LVAD, which is a heart pump, because I wasn’t well enough to make the weight for a new heart. Because I had to wait three months for it to heal it was eight months all up, but technically only five because I wasn’t allowed to have the surgery before that. The LVAD is just a temporary solution, which did the work for the right side of my heart where the disease was. I still got tired but it gave me more function than I’d had before.

What was your reaction when you finally received the phone call saying there was a heart for you?

Oh gosh, it was five o-clock in the morning, and I was wide-awake because I’d just fed Levi, as he was still a baby then. It was excitement to begin with but then I kind of started packing bags, putting things in the car and getting Levi ready and it really sort of hit me a while afterwards. Then I started to get really emotional – I don’t know why, I think it was just a mixture of emotions. I was so excited because obviously it was a blessing, but there were still risks, as I had to go through another open-heart surgery to receive the heart, so there were no guarantees. It was huge excitement, but I was scared too.

How was the recovery process?

It was actually such a quick recovery and I didn’t expect to be feeling so well so quickly – I think it was just two weeks when I was discharged from hospital. I was obviously sore, but was up and walking around after just a few days. I had a few complications and had to go back in, but they were small and not really dramatic, so if I hadn’t had those it would have been just two weeks. In the long term, I’ll have to take anti-rejection medication for the rest of my life but apart from that it’s allowed me to have my life back. I do everything – I look after my son, I’ve just opened my new business. It’s literally given me my life back.

Seeing how much it’s changed your life, have your family and friends changed their views on organ donation?

Absolutely, they’ve all signed up without me even asking them to. Obviously I’m such a big advocate for organ donations, and whatever I can do to get my story out there and just encourage people to do it, I do. But with my friends and family I didn’t even have to ask them. Having such great friends who were really close to me throughout the whole process and just seeing it for themselves, they’re all organ donors now.

You’re now the creative director of your own agency, Leonnee Advertising and Creative Design Agency. What made you start it?

It was mainly the transplant that sort of pushed me to do it. Obviously being so sick and not being capable of doing anything at all was really hard, but now that I’ve got the new heart and am able to get back to normal, it really made me think about what I wanted to do and what I love doing. I’ve always loved design and I loved working with M&C Saatchi, it was my dream job. But then you’ve also got those other things like friends and family, that mean so much to me post-transplant, so opening my own agency here in my hometown Tamworth has just allowed me to have a little bit of everything that I love.

It’s a graphic design and advertising agency, so I cover anything from advertisements or your print graphic design like brochures and logo. I’ve had a lot of interest in my custom wedding and engagement invitiations, so I’m currently doing a lot of those. Having my own business, I have a lot of creative freedom, which I love. It’s just me working full time at the moment, but I do have a few freelancers for when I get a lot of work.

Where do you hope to take the business over the next few years?

Over the next few years, I’d like to expand it and hopefully do a lot of advertising. I’m based in Tamworth at the moment but there’s a need for really great designers around the regional area where I am, so I’d love to expand to all those areas and get a few graphic designers on board. I’ve got a friend who’s done a similar thing to me – grown up in the country and moved to the city, got all the great knowledge from the city and now she’s moved back. Some similar designers to that – people who’ve been out there and can see the opportunity that you can get with design. A lot of people in the country can be a little reserved. When you’ve gone from a little country town to the big city, you just get inspired, and you want to bring all that back, so it’s nice to show them the possibility of what’s out there.

How do you find juggling a busy family life as well as your own business?

It’s definitely not easy! It’s hard, but I mean that was the whole idea of having my own business and having such great people around me to rely on if I need to. It’s mainly family that’s the big thing, especially with Levi, so I’ve got the time to work. Also being in such a great little town, it’s a really good community and a lot of people understand.

You definitely demonstrate that nothing can hold you back from achieving your goals – what would be your advice to anyone going through a similar situation?

Always be positive. Everyone has problems, some worse than others, but if you’ve got the positive attitude, you just keep thinking about what can happen in the future. As long as you’re determined, I think you can do and achieve anything you want to.

Have you talked about organ donation with your family? Visit donatelife.gov.au for more information.

Peripartum cardiomyopathy – what is it? 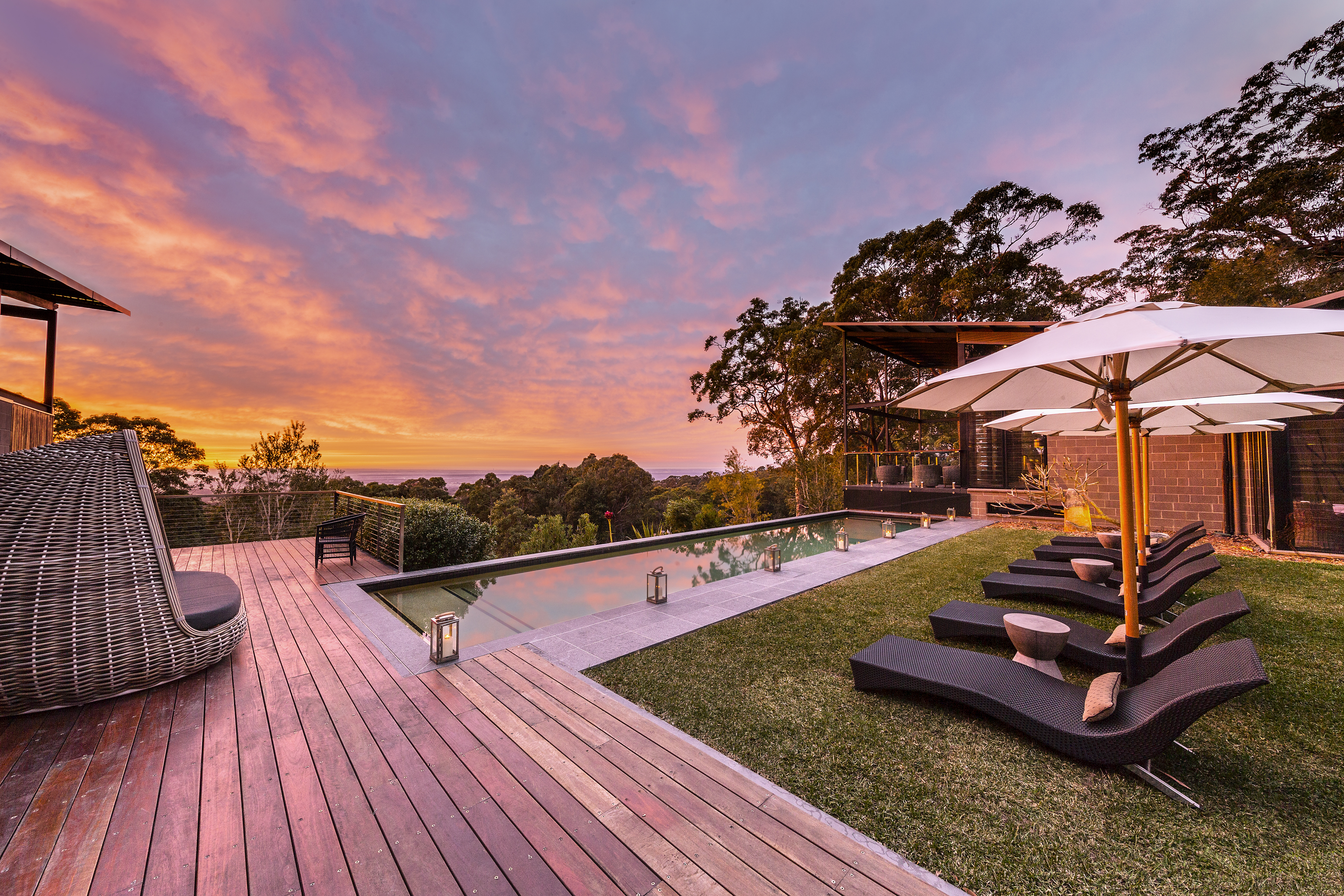 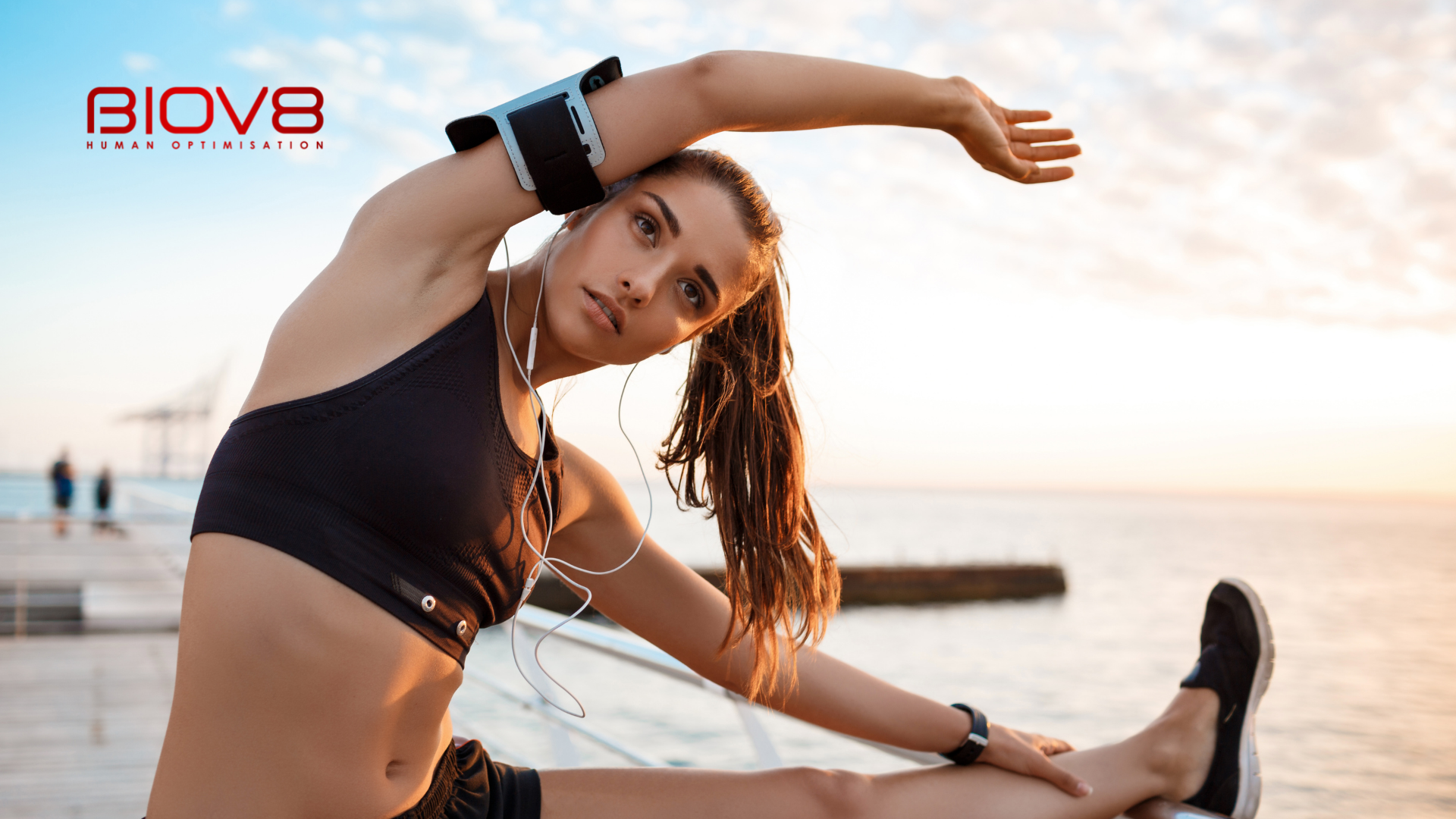 That’s my baby..determined and head strong..a real fighter and inspiration to many

Leonnee, you are an amazing women, a real inspiration to so many people. Im so happy you are well & happy again. You’re friends & family are so very proud & this interview has given such insight into the reality of what you suffered through & what you’ve overcome! Congrats on your new business already striving in this lovely home town of ours 🙂 x 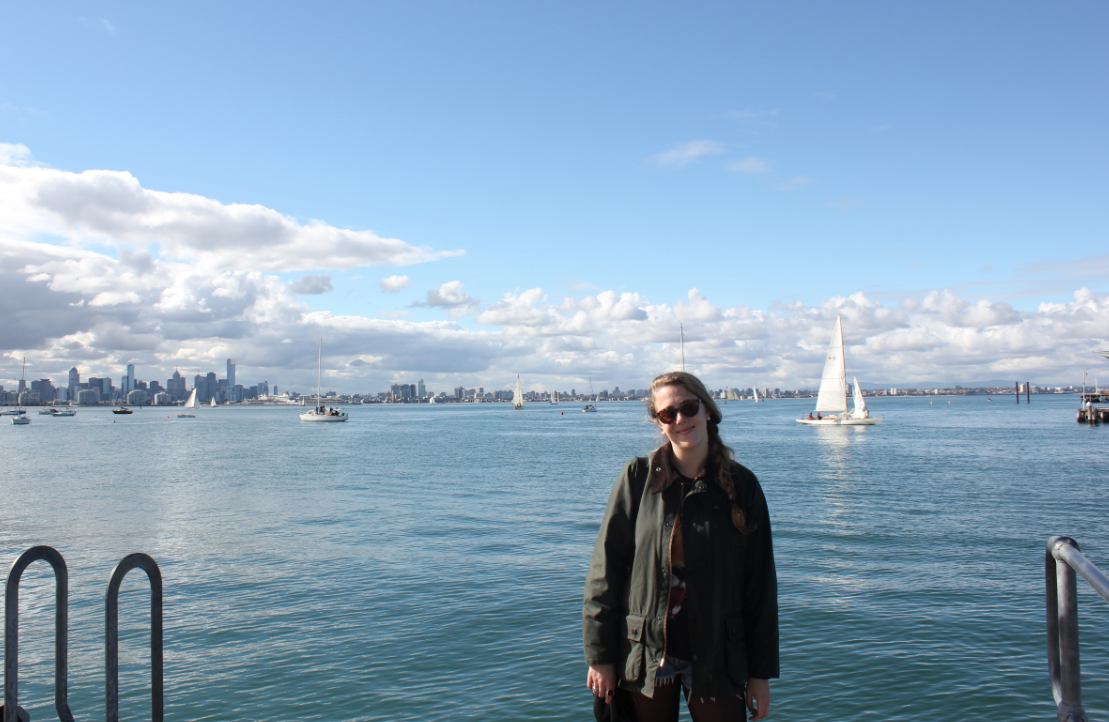 Since arriving in Melbourne about one month ago, I pretty much feel like I’m still in the States. I came here to live with...
© Onya Magazine 2009 - 2021
Back to top