From the latter parts of the 19th century through to the 21st century, the wave of modern art swept through the globe. This movement was born from a need to detach from traditional, academic, and historical conventions of the artistic world. The proponents of this wave wanted to instill modernism, theories, and attitudes that sought to incorporate the intellectual, economic, and social changes that were occurring in the world. Consequently, the term modern art was coined to refer to the new way of looking at art.

Ideally, there is no blanket definition for what modern art is as it tends to include a variety of different explanations. This article will look into the origins of modernism in art and how it is characterized. Finally, it will delve into the defining movements that envelop this art form.

The Origin of Modern Art: History and Background

As the industrial revolution was gaining traction in the first part of the 19th century, art was also undergoing a period of radical change. The technology was slowly getting a foothold in the world, and this caused a drastic economic, social, and intellectual change. For instance, the tin paint tube was invented around this time, giving the painter a new lease on their creativity and forms of expression. Plus, photography was quickly becoming a thing. This created a new type of artistic expression.

Urbanization and education were not left behind during this incredible transition. The world saw a new class of wealthy individuals who reaped the fruits of industrialization. These people started to collect artistic works, and they also became patrons who are responsible for many of the terrific art museums around today.

The Characteristics and Movements of Modern Art

Before the modern era of art, the predecessors, living in a world of following the social norms, saw value in their work for external reasons. On the other hand, the proponents and contributors to modern art see their pieces as holding independent value. To them, art is vital for its own sake. Contrary to this, the postmodernists view both art and life as having no intrinsic value.

When seeking the definition of modern art, it is crucial to highlight the characteristics that differentiate this form from previous and subsequent ones. Yet, this can be as challenging as research paper writing, since there is a myriad of aspects that span throughout the various forms that belong to the category of modern art. Nevertheless, 4 features permeate all the different facets of this phase:

There are about 9 movements that are essential to modernism in art. These cropped up from the 1870s to the early 1970s. Below are what these movements entail:

The wave of modernism may have ended, but we can still wonder what the fuss was all about. You can check out the impressive forms created during this era. The creativity of the artists was something to behold.

How To Maintain Your Sports Memoir 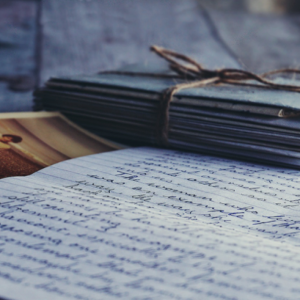 How To Maintain Your Sports Memoir

Writing a memoir is a great way to leave behind a collection of memories and events. Even if the person whose memories are...
© Onya Magazine 2009 - 2021
Back to top