There I was on Sunday night, engaging in my take-out and television ritual, flipping through the channels, hoping to find the right program to partake in my mindless Sunday night viewing. After a decent amount of channel surfing (for all the channels on offer, why is it that television scheduling on a Sunday night is always so lacklustre, Foxtel?), I came across Biggest Loser: Families. ‘Perfect’, I thought ‘some trashy television that will also alleviate any guilt I should feel inhaling my bag of Doritos’.

The new season of the perennially popular show has slightly adjusted its well-worn concept, now pitting four supersized families against each other to lose the weight and claim the grand victory. It is not just an astounding (and unmaintainable) weight loss up for grabs, but also a cool $300,000, in exchange for a few sweaty close-ups and some good old fashioned family drama. 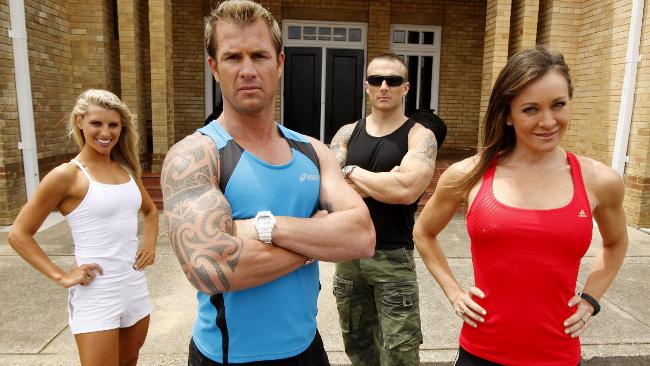 The first episode of the program thrust four of Australia’s most devoted (read: insufferable) trainers into the lifestyles of the families they were to train, and when they weren’t critically unpacking every aspect of the contestants lives, they immersed themselves in the habits of the families to allow themselves (and viewers) a dramatised glimpse of life from the perspective of the contestants.

The trainers found themselves like fish out of water without their Burgen bread, and possibly for the first time ever in their adult lives, forced to exist outside the comfort of their strict calorie count and exercise regime. And they used every moment of their air-time to belittle the contestants and reinforce the belief that each family’s existence was a meaningless one because they didn’t live their lives within a mind-frame that only encompassed thoughts of diet and exercise.

As hard as I tried to resist it, I found myself mystifyingly engaged with the episode, empathising with the plight of the contestants (leaky tear duct, where did you come from?) who really do appear in earnest, just trying to find the quickest solution to get their lives back on track. Producers of the show always hit jackpot with their casting – handpicking some of the most complex and emotionally repressed individuals who have become well acquainted with the art of suppressing their emotions and eating their feelings instead. Each contestant has an emotional personal history or has made a touching vow of change for a family member and this certainly helps to underpin the feel-good nature of the show.

In a deeply poignant moment between a family member and New Blonde Trainer, who I have deduced from further viewing, preferring to be known as Hot Blonde Warrior – undertake the arduous task of making breakfast at 2pm.

I remain disgusted. “Four different types of cheese and she didn’t even add any fetta. What an amateur.”

This response is born from viewing a world in which a 2 kilogram weight loss in one week is something to be reprimanded. And this world is evidently not one that exists in any kind of reality. 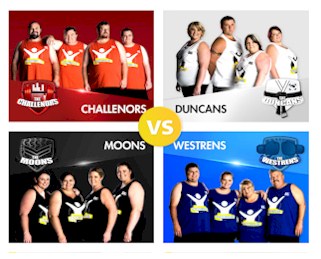 It is born from a program that successfully engages viewers in equal measures of rage, exaltation and general misty-eyed awe. It serves its purpose as a reality program that is entertaining as much as it is controversial and polarising.

It thrives on the buzz of health professionals, fitness freaks and beleaguered dieters all weighing in on the pros and cons of the Biggest Loser method, whilst the masterminds of it all – the producers – sit quietly on the sidelines, counting the dollars they’ve accrued from their various endorsement deals.

And it is no secret that The Biggest Loser and the celebrity that it creates is a product of society’s obsession with the idea of voyeuristic pleasure. It is a program that is deftly hidden behind the guise of reality and lifestyle, but it upholds many aspects of Victorian-era freak shows that invite viewers to witness a spectacle that promises amusement and comedy – all at the expense of the fat people on show. It is built on the foundation of the humiliation that fat people experience in public, disguised as a reality program that promises to change the lives of the contestants by revamping their lifestyles, educating them (and the audience) about healthy eating and exercise.

A recurring segment each season puts the contestants up against comedic piles of food in environments they are desperately trying to learn to navigate in a healthier manner, and forces them to play a game of temptation – not just food temptation, but temptation against other ‘external factors’ that are meant to represent temptations of the outside world. These aspects of the show do little more than to provoke the contestants into comically reinforcing the notion that all fat people are lazy, weak and incapable of saying no to food. There is nothing being learned from these scenes, except that, when they’re really desperate, a fat person will eat just about anything.

It is unsettling that, despite the six seasons that this show has been on air, it can still exist with any degree of professional value and after all this time, the contestants still willingly surrender their self-respect to the belief that the show really will revamp their lives and patch up any emotional failings . Perhaps they have been blinded by 300,000 or so reasons. But it really seems a small reward in exchange for their dignity.

Perhaps it belies a bigger problem – the fact that The Biggest Loser has aired with success for so long, and seemingly with conclusive results (though the number of tell-all New Idea interviews from previous contestants still struggling after the show would dispute this), is because it has become so indoctrinated in viewers, in contestants, in society in general, that fat people need to just accept this treatment and shut up. The trainers on the show are eager to point out that fat people are adept at making up excuses. Regardless of the veracity of these excuses, fat people will say just about anything to justify how they live.

They have learnt by attitudes from the public that they shouldn’t be allowed a modicum of dignity, especially not on television, especially not until they have dropped half their size, have recounted stories of their fat-related misery and made public declarations to “never look like that again” to support that belief that being fat is unacceptable. Happiness will not exist outside of a certain BMI.

The program heavily relies on the view that the contestants see fatness as a tragedy, that each of the contestants needs to lose weight in order to exorcise their demons and move on with their lives. Putting a fat person on television and reinforcing every aspect of their negative lives affirms the long-held societal belief that fat people need to feel humiliation because their standard of life is not normal. It reinforces a belief that it is ok to judge and bully a fat person under the guise of health because it is ‘for their benefit’.

Fat discrimination really does appear to be one of the last prejudices that is free to reign on primetime television without consequence.

But there will certainly come a point soon, as the mounting presence of the Fat Acceptance movement gains a following outside of the online world, that The Biggest Loser and similar programs will have to refrain from using fat people as a punch line.

Perhaps now it’s time for television producers to take a leap of faith and dip into the uncharted world of television where programs explore concepts of body acceptance and self-love. At any size.

I hear there’s plenty of room on the Sunday night schedule.

Perhaps you are right that there are a few too many ‘my fat life sucks’ lines in there but for many people I’m sure that it is actually a hinderence on the everyday life. The contestants didn’t seem to be that happy with their weight and perhaps needed a good kick in the right direction as well as some helpful dietary advice to help them along.

Sure they lose dignity being on the show – taking clothes off for weigh ins etc. But all reality TV does that – Big Brother turkey slap anyone?

Despite these pitfalls, I think the show is empowering as it enables people to see that a change can be made. And quite rightly it doesn’t support the lifestyle choices that make people fat. I think it does the opposite to what you say in that it shows that everyone (even fat people) have feelings and are people too. I don’t think there should be a need to pander to a lifestyle that makes people overweight and unhealthy just because lots of people do it.

There are more people in the world who are overweight than there are who are starving.

‘ Hi there enjoyed your article –

Love the photo of the trainers – they look like caged wilderbeests. My concern with the show is that the producers promote the fitness experts as amateur psychologists. Playing with vulnerable (yeh fat) people’s emotions is dangerous – especially as the ‘experts’ lipid wisdom spouts from a lean mean fat index that appears higher than their IQ. ….but hey, that’s my prejudice.

Fat acceptance is fine… when they pay their own medical bills and my taxes don’t go toward their gastric bypass surgeries, their triple bypasses, and their joint replacements. I work in public healthcare and obesity is much more of an issue than you’d think. Almost everyone we get on the cardiac cathlab table is a smoker or overweight. The amount of money and care that goes towards these avoidable problems is unbelievable. As someone who exercises, watches their weight, and has never been admitted to hospital, I don’t see why I should have to pay for other people’s lack of self control. I feel the same way about smokers and alcoholics. If they want the help to lose weight then that’s fine, but I don’t think society should be accepting, or god forbid celebrating, such an unhealthy way to live.

I’m not sure the Biggest Loser isn the world’s best program, but it certainly isn’t the worst. At least it is changing these people’s lives for the good.

Though I disagree, congrats on a well written and controversial article.

With just under two weeks until the L’Oreal Melbourne Fashion Festival kicks off, it’s time to pause for a moment and have...
© Onya Magazine 2009 - 2021
Back to top