By all accounts, Game of Thrones ranks among the most popular TV shows ever. Ever since its debut, Game of Thrones mania has been sweeping large sections of this planet, with fans hosting viewing parties, dressing up as their favourite characters, and volubly expressing their heartfelt desire to give up their life, souls, money and whatnot in favour of one character or the other!

Still, the show just like all unbearably good things has to come to an end, with 2019 being scheduled for its final season. This has as expected caused all manner of anguish, heartache and unashamed wailing from GOT fans everywhere.

If you are among such die – hard fans, rather than wasting time crying buckets why not check out a few other TV shows that can – almost!  – give GOT a run for its money. The interesting part is that many online casino have adapted many of the popular TV shows and have created slot games based on the same theme.

In no order of preference these are:

Vikings – If gore and punchy visuals are your things, then Vikings has it in spades. This TV show tells the sobering tale of a Viking chieftain known as Ragnar Lothbrok, who happened to have lived in the 9th century. This fella is a favourite staple found in Old Norse sagas and quite a remarkable personage. In the TV show, he embarks on raids on old England and there are lots of battles, blood, terror, strife and the likes.

Rome – This TV show just like its neighbour above is based on a large part on real events and people. The story mainly revolves around a pair of hard -bitten soldiers by the name of Titus Pullo and Lucius Vorenus. Set in 52 BC it tells of Caesar’s conquest of Gaul and the intrigue, violence and silly politics that this action sparks.

The Borgias – This series as expected focus on the schemes and intrigues of the notorious Borgia family. Set in the latter part of the 15th century it is by turns suspenseful, chilling, murderous, bewitching and certainly compelling.

The Tudors – This is a period drama whose focus is on the early and very momentous years of the life of King Henry V111. Under severe pressure at home and abroad and with his wife unable to bless him with a male heir, the arrival of a sexy young thing at his court results in unprecedented changes. Expect some lighthearted fun and lots of lava  -hot sex scenes.

Spartacus – This is all about the adventures of a Thracian warrior who was enslaved, enrolled in a gladiator school and forced to fight for his life. Lots of hair  -raising action scenes, some depravity and a hero no one could hate all make it easy to get lost in.

The Bastard Executioner – Unfortunately, this show lasted for just a single season. It is all about a warrior knight in 14th century Wales who goes about seeking revenge. As to be expected, it features plenty of gore, as well as some characters it would be difficult to wrap the head around.

Black Sails – This show is all about the adventures of the murderous Captain Flint, and his crews of cutthroats and misfits. It follows a dark theme, has lots of violence, battles on both land and water and mutinies. If you like Treasure Island with a twist, then Black Sails is just for you!

The Last Kingdom – The Saxon Stories series by Bernard Cornwell provided the inspiration for this hit TV show. It takes place in the latter part of the 9th century AD, during which England was then fragmented into 7 distinct kingdoms while facing attacks by marauding Vikings. Lots of battles are guaranteed here, as are excellent acting and some bewitching scenery.

Da Vinci’s Demons – This is a totally fictional portrait of the early years of the very talented Leonardo da Vinci. This fella is represented as a ladies man and an adventure junkie who battles the forces of both demons and the mean  -spirited politicians of that era. While historical accuracy is not a priority here, there is plenty of violence and sex acts.

The Cousins’ War, The White Queen – This series is set during the War of the Roses and tells the tale of a trio of scheming ladies who vie for the throne. There’s not much gore to be seen, but the intrigues and suspense are high grades enough to freeze the heart!

Merlin – Yes, this show had its season finale in 2012, but that doesn’t mean it’s no longer worth watching. It tells the oft  -zany tale of the young wizard Merlin and his efforts to help King Arthur fight all manner of malevolent evil and influences.

American Gods – Based on the novel of the same name by Neil Gaiman, this tells the tale of a battle between gods old and new. It is sublime, magical, exhilarating, and has a star  -studded cast that delivers in spades.

Frontier – This stars the formidable Jason Momoa in the lead and is a gritty tale of greed, murder, oppression and plain evil. It takes place during the hugely profitable North American fur trade and seldom has a dull moment.

The Shannara Chronicles – Based on the books by Terry Brooks, this is a fantasy  -themed but no less compelling show. The gore and violence are considerably dialled down and on the whole, there are lots of reasons to get hooked on it.

Wolf Hall – This tells the story of Thomas Cromwell, from his humble beginning to his eventual appointment as the chief minister of King Henry V111. The featured characters all have lots of depth and the acting, dialogue and period costumes are quite good. 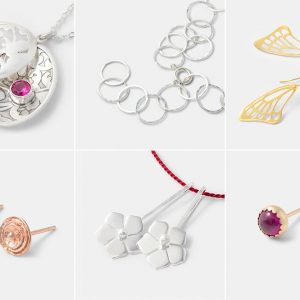 South Aussie-based and family-run Simone Walsh is celebrating their silver anniversary this year with a range of gorgeous...
© Onya Magazine 2009 - 2021
Back to top