Australia, Here Is The Answer to The Vile Kyle Problem 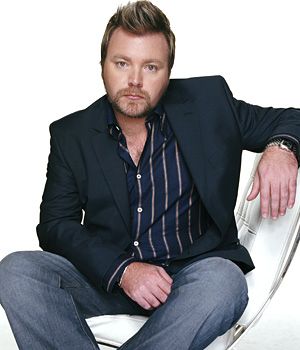 Well look here, who’s on the front page of my favourite tabloid ‘newspaper’? ‘Shock jock’ Kyle Sandilands has said something controversial, made the headlines and infuriated the Australian public.

This latest round of tabloid throw and catch with Sandilands was ignited after comments he made on ‘The Kyle and Jackie O’ radio show, suggesting that a concentration camp would be a productive diet method for Magda Szubanski, an Australian comedienne living through a well-documented battle with her weight. After the media eruptions kicked in, Sandilands apologised with the infamous catch line – “I didn’t realise it would offend people”. Anyone who expected him to display a level of public sensitivity after his last antagonism would be greatly mistaken.

Being the granddaughter of four holocaust survivors, I was no less than appalled with his tasteless remarks. But I had stopped reacting to the ‘Kyle Sandilands courts controversy’ headlines long before he was referring to his co-host Jackie O as “fat”. For him “that’s just live radio”, and for me, silently seething every time I hear an ignorant remark – his stunts were becoming exasperating.

Sandilands is something of a media maestro – say something offensive, make the front page, and garner more press. A perfectly simple equation that works for him. Now he may have just cemented his position as Australia’s favourite punching bag, becoming one of the few people capable of perfecting the art of controversy – a twisted game in which he voluntarily participates. The media will knock him down, and he goes straight back for more.

It was barely a moment ago that the Australian public was incensed by Sandilands having a 14 year-old girl strapped to a lie detector test to be interrogated about her “sex life” live on air. The story will go down a well-versed chapter in a terribly low point of Australian popular culture. And for all the media coverage, the thousands of petitions to have the show axed and the public condemnation, his bad taste still remained. Apparently there is no limit to which he can operate.

It appears that public opinion accounts for little. His well-paying platform to project his ignorant remarks nevertheless remains. Though he has been suspended over this latest debacle, just like the last episode, it appears merely an attempt to temporarily placate public fury.

For 2day FM, the radio station that broadcasts the show, it is all about the ratings – as long as they have audience numbers, they will continue to pay Sandilands. And Sandilands will continue to attract controversy while it keeps him in the media. Nothing feeds a supersized ego like a front cover. This is instant infamy, the cheapest trick in the book for egomaniacs that thrive off publicity, no matter how depraved.

The only people who suffer are the subjects of his vulgarity, and the Australian public, who are faced with the never-ending media coverage. Sandilands is certainly bearing few bruises. He may be down a million dollar contract with Channel 10 as judge on Australian Idol, but there is surely a line of tabloid reporters waiting patiently with a thousand dollar cheque in hand, eager for the exclusive story in which ‘Kyle Sandilands confesses that he is an ignorant pig who has no filter between his brain and mouth and this time he is truly sorry’.

Sandilands’ comments should not be front page news; they should not even be water cooler talk, but the public will continue to react to news as it makes the headlines. Front page controversy is like an open vortex that sucks us all in. We devour the battle of both sides to remind us that we too, have an upstanding moral filter that can detect right from wrong.

As long as people are listening, Sandilands will continue with his tasteless comments, and the public will continue to respond. It is a vicious cycle.

So Australia, here is my answer to the Kyle Sandilands problem. If he bothers you, turn him off – for good. And if you enjoy his program, all the power to you, but may I add that Hamish and Andy are actually entertaining without sinking to the lowest common denominator.

Very well said, it seems SO simple. He’ll continue to just be an ignorant, insensitive rude man because he gets results that way. As you said, Hamish & Andy are much more enjoyable because they can make me laugh, and entertain me without having to make jokes at other people’s expenses.

2dayFM’s need for ratings based on salacious controversy is more of an indictment on the dim-witted audience who mindlessly tune in to hear the latest from that Luna-park-mouth.
It’s just like all the trashy mags out there that wouldn’t exist if there were no readership.

I for one now only ever hear his latest scandals ‘second hand’ as I turned off his show a long time ago.

And yes! I always tune in to Hamish and Andy. They are funny and witty and enjoyable to listen to…and all without put-downs and scandal. oh my!

Couldn’t agree more; nothing will hurt him more than to be ignored. I actually do think that (Like the Chaser Boys) he’s kind of pushed his luck over the last few weeks and that he will never, ever be able to be as popular as he was before anyway…

I sense that more and more people will switch off and eventually he’ll be taken off air for good. Advertisers and sponsors hold a lot of clout and while Kyle doesn’t care what the public think, the brands that pay good money to advertise alongside his show have more sense than that.

However, I wish he’d take a page from The Chaser’s book and treat Australia to a self-imposed ban straightaway.

Just go away, Kyle – no one thinks your idiotic, insensitive comments are funny anymore, it’s time you do us all a favour and just end your career and fade back into the background and off our radars, leaving room for more good-quality entertainment like Hamish & Andy, Rove and the like.

I think you’ll find the single most offensive thing about Kyle Sandilands is that he’s not funny, never has been and we STILL have to listen to him. Labelling this holocaust remark as a ‘joke’ is a compliment this wanna-be-funnyman doesn’t deserve. On what level could anyone find this man entertaining?

My sentiments exactly. Why stroke his ego more by putting him on every front cover? I don’t listen to the Kyle and Jackie O show (never have, never will) and I only started watching Idol the minute he was booted off the show (of all the people they chose to judge a SINGING contest). His jibes at people are simply cheap shots, which oddly, still have people rooting for him. It’s high time Austereo kick him off the air for good. Surely the sponsors are more than thinking twice about pulling out now?

There is the answer indeed! Well written.

Damn Straight. And what kind of name is Kyle…more like VILE! great piece

By Glenn Dunks There comes a moment late into Ana Kokkinos' latest adventure through suburban woe that features Frances...
© Onya Magazine 2009 - 2020
Back to top